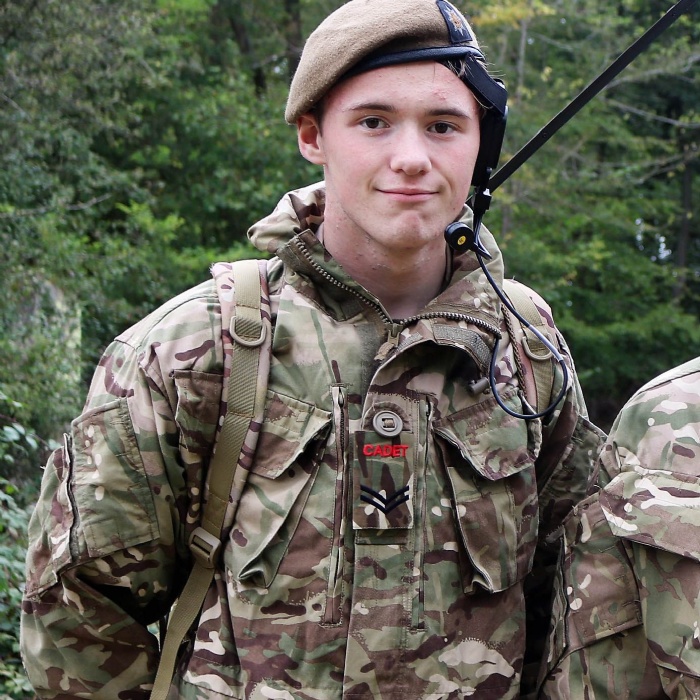 CTS student Rohan Tamplin was praised for his ‘exemplary performance’ during a recent CCF exercise.

Rohan, who has recently been promoted to Acting Corporal, was tasked to support a 30-strong platoon of first year cadets during Exercise First Bite.

This was an introductory two-day, with an overnight under the stars training event for first year cadets. Second and third year cadets are used as instructors and ‘platoon sergeants’ to provide guidance and support to the new cadets engaged in their first CCF exercise.

Contingent commander, Captain Matt Isherwood said: ‘His enthusiasm, subject knowledge coupled with a calm demeanour provided his platoon with a strong role model which in turn enabled the cadets under his care to achieve the required standards.

‘Given all that Rohan has had to overcome in recent years makes his performance more remarkable.
Within CCF we look forward to Rohan continuing to fulfil the role model position as he progresses through his cadet career.’

Principal Angela Reynolds said: ‘I am extremely proud of Rohan and the way that he has conducted himself. He has shown great leadership skills and is a great example to his younger peers. Well done Rohan.’