Art teacher Sarah Loosemore from Thomas Clarkson Academy added a creative twist in the process of completing her #TCA5KforNHS challenge, by spelling out ‘NHS’ and a heart symbol as she ran her route.

The Academy's PE department launched a challenge for students and staff to run, walk or cycle 5k to raise money for The Queen Elizabeth Hospital King's Lynn.

Any 5ks completed can be recorded here so the PE department can make a leader board of the competing groups: Madiba, Pankhurst, King, Sixth Form and staff.

Among those to take part so far is Mrs Loosemore, who decided to give herself an extra challenge when she ran her 5k.

She said: 'After drawing my route out on paper in one single line, and a few attempts to get the spacing correct on the field using goalposts and playground equipment as markers, I managed to get it to work - and all for such a good cause!'

Those taking part in the challenge can ask friends and family to make a donation in support of their efforts via the Just Giving website.

At the time of writing, the total raised so far is £500. Well done TCA! 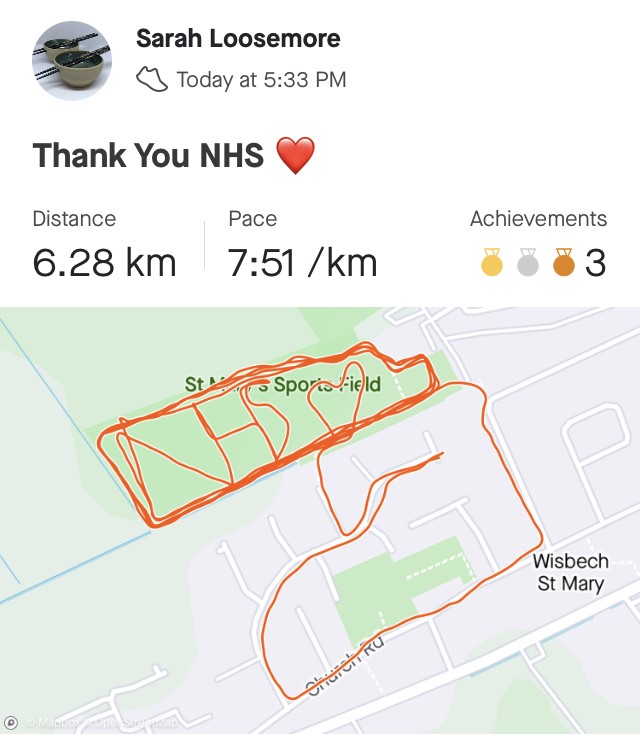