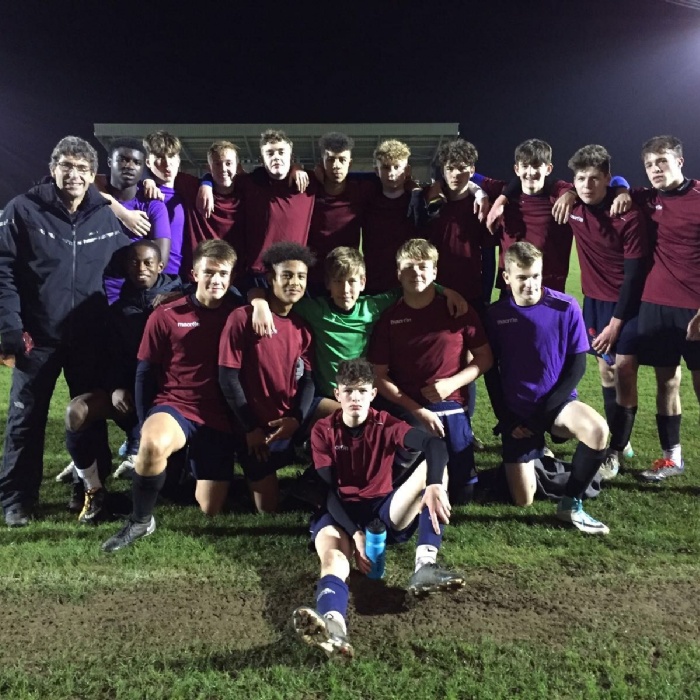 Congratulation to the Year 11 boys football team from Brooke Weston Academy, that competed in the District Championship at Corby Town FC against Bishop Stopford and succeeded in winning for the fourth consecutive time.

The  team won 2-0 with a goal in each half of the game and rounded off a fantastic five years of success, which has not only seen them win the District Cup four times but also the Futsal County Champions twice and the team has remained unbeaten for the last two seasons.

PE teacher Mr Neil Shorrock said, ‘The success of this team has been phenomenal. All of the team have worked so well together and none of the wins would have been possible without all of the squad members. This was their final game together after five years of outstanding success. I am extremely proud of everything that they have achieved.’