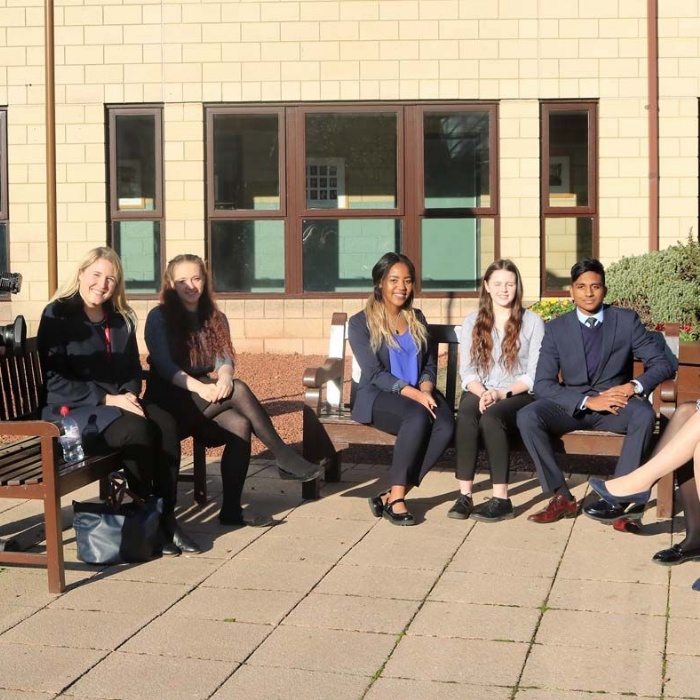 A group of Sixth Formers from Brooke Weston Academy were interviewed by a TV news crew about their views on social mobility.

ITV reporter Anna Byrd and camera operator Jonathon Stevens filmed interviews in the library and outside in the quad. They spoke to students about Corby, their education and career aspirations, as well as conducting a brief interview with Head of Sixth Form Mrs Nina Smith. The filming should form part of a wider piece on social mobility alongside comments from local councillors and residents.

The news story is scheduled to be broadcast tonight (Tuesday 28 November) at 6pm on Anglia News.