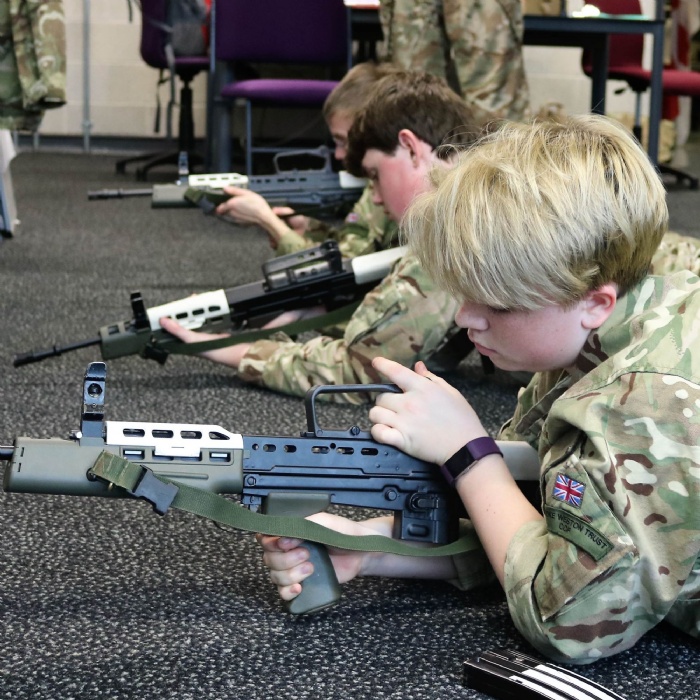 The Brooke Weston Trust CCF cadets have been undertaking weapon trainings and manoeuvres in preparation for a forthcoming field weekend when they will put their drills in to practice.

Cadets and instructors have to complete mandatory weapon training and our cadets were instructed by WO1 Nigel Barrett. He said: ‘For the last eight weeks the students have been doing weapons training building up to this stage where they are now qualified to fire a weapon. They have spent nine hours learning all the procedures and now are deemed to be competent for six months, after which they will have to be re-tested.’ 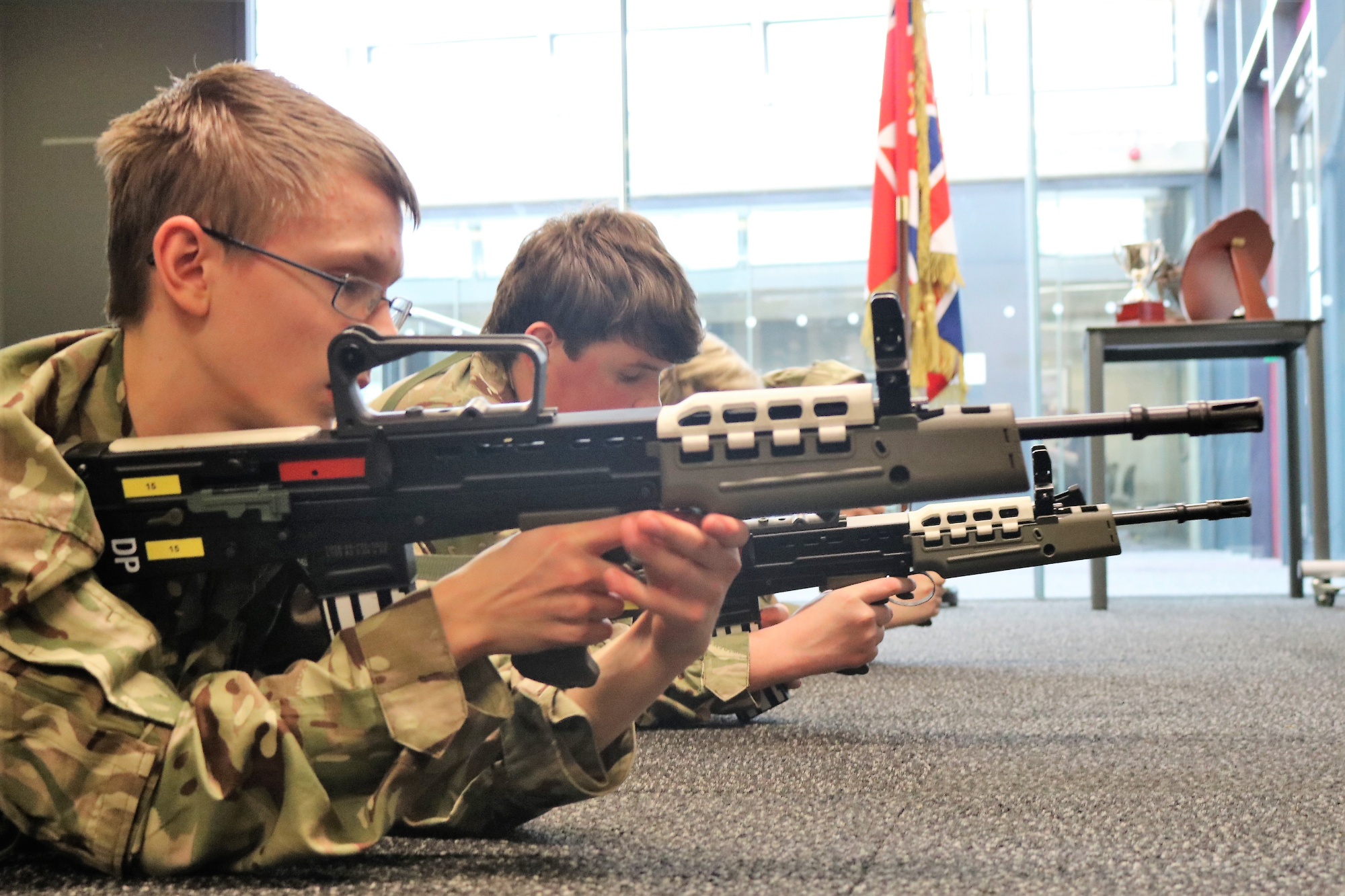 Meanwhile Contingent Commander Capt Matt Isherwood was conducting training drills on the field. He said: ‘The cadets are doing section hasty attack drills in preparation for a field weekend including reaction to enemy fire, locating and suppressing the enemy, assault and regroup. In the build-up they did individual pairs fire manoeuvre, pairs fire manoeuvre and they have come back together for battle exercises at section strength with between eight to 12 in a section. They are doing very well considering it is their first time.’

Cdt Alex Bramham from Thomas Clarkson Academy said: ‘I get a l 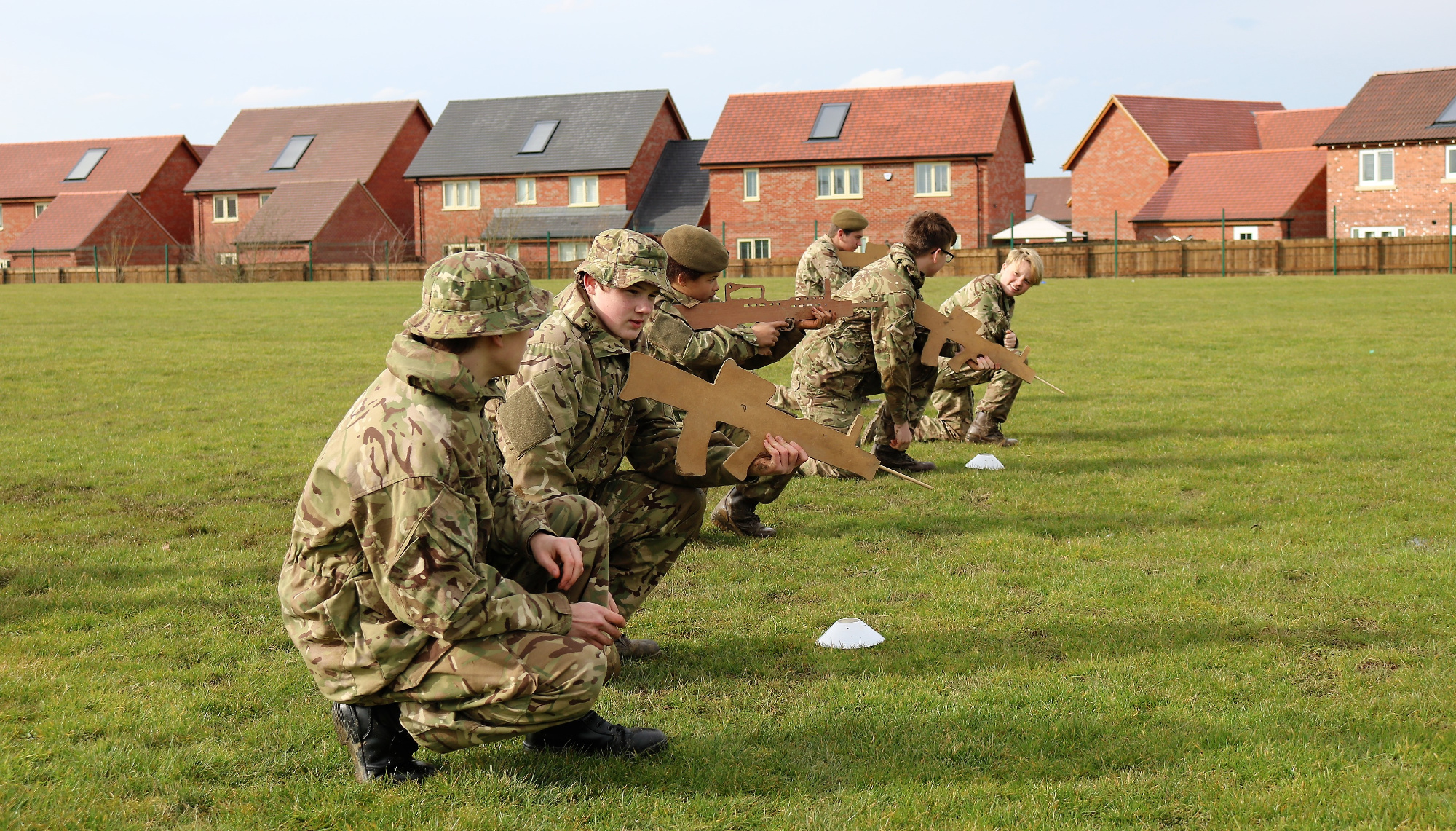 ot of discipline from cadets and it’s about learning new skills. Being in cadets has made me a lot more confident and it’s about meeting new people and making new friends.’

Cadet Josh Jakins from Kettering Science Academy said: ‘I like cadets because you get to meet loads of great people and learn life skills like camping. I have been on one field weekend, a summer camp and we are going to another field weekend soon at Yardley Chase.’ 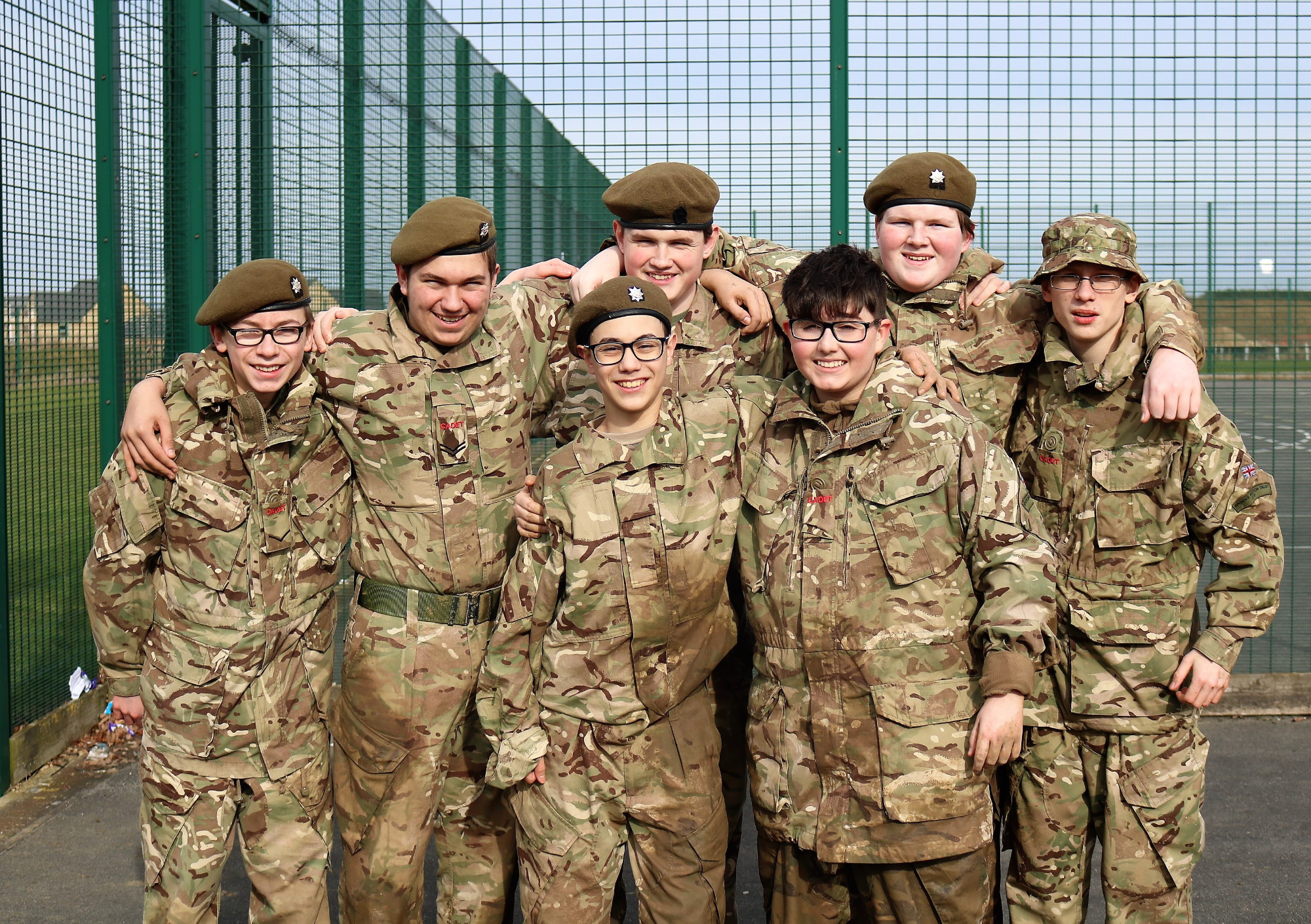