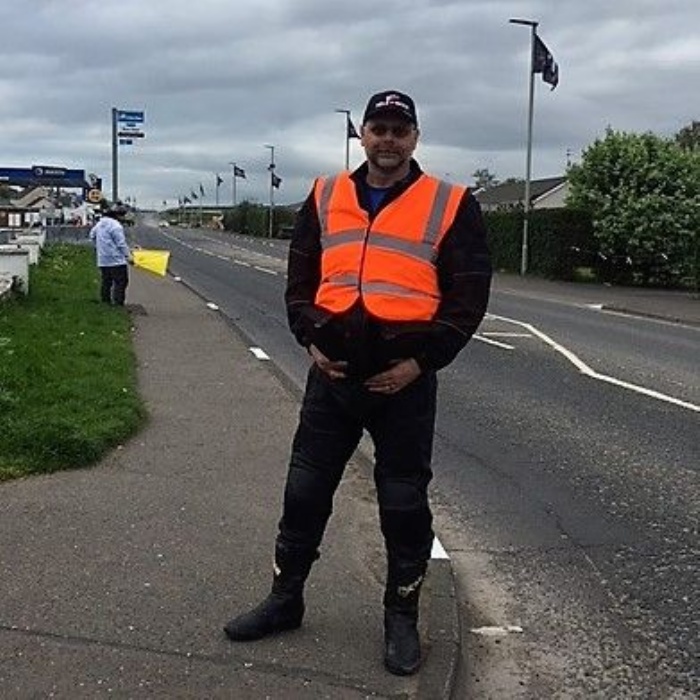 KSA’s site manager Pete Underwood is a keen motorcyclist and he regularly rides out and marshals at some of the UK’s biggest road races, and also raises money for biker charities, with thousands of pounds being raised annually for the cause.

Pete is heavily involved with ‘The Highland Rider Motorbike Tours’ and their latest adventure was to watch and marshal sections of ‘The North West 200’, one of Northern Ireland’s biggest road races. The triangular route, between Portrush, Portstewart and Coleraine, is the venue of the race, where riders reach nearly 200mph. Pete marshalled a section, ensuring the road was free of pedestrians and debris as the riders hurtled round.

A total of 47 group members attended the event this year and they are the biggest single group to go on the tour annually. They raise funds for the Billy Redmayne fund in memory of an ex-soldier who was killed in a road race in 2016. The fund helps racers and family who are struggling following accident and incidents in road racing. 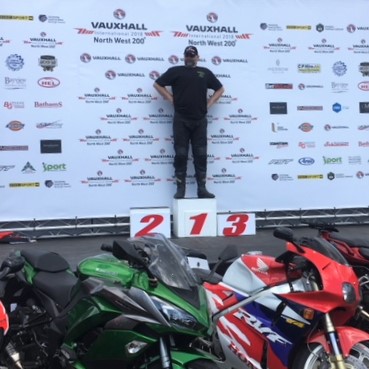 Pete said: ‘Shuggie Hoskins founded and runs the ‘Highland Rider Motorbike Tours’ and the group has purchased motorbikes and raffled them with 100% of the profits going to the fund, others have simply donated to this worthwhile cause.

‘Following a significant amount of donations to the Billy Redmayne Memorial fund, they supplied each rider with a few fund supporter stickers which we all display with pride on our bikes and we even managed to get one on the podium where the winners and spectators would all see it and it featured in all of the winners’ photographs and on television. Whilst in Northern Ireland we visited the home town, grave and memorial statue of Joey Dunlop, the world’s greatest ever road racer.

‘During the week-long tour, many of us did close to 2000 miles, but the tour leader put a full support network in place in case of accidents or breakdown. One rider had an engine failure, his bike was collected in a van, taken to the ferry on our last day and he was pushed aboard. The RAC were waiting for him at the other side and he was taken home so no-one was left behind!

‘It was just a fantastic week. We have forged links with one local lady whose house is right on the race circuit. She and her partner hosted 20 of the Highland Riders in her front garden. They fed us breakfast and lunch with tea, coffee and cakes between races too! She did not want any form of payment, it was a perfect example of local Irish hospitality and the riders all had a whip- round to help cover her costs, a part of which she then donated to the Billy Redmayne memorial fund, so we all won on that day!’ 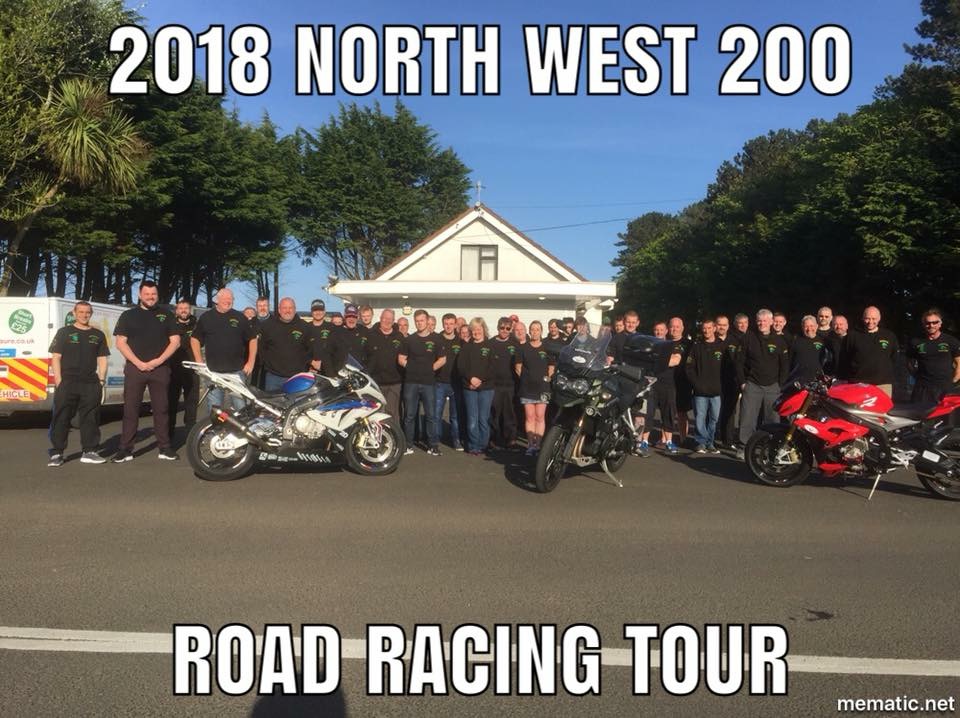