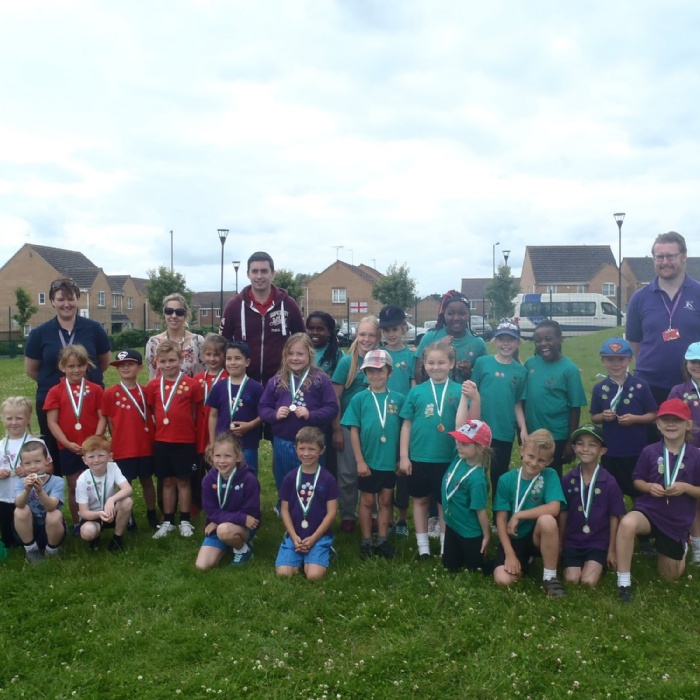 Well done to all of our students who took part in the recent Year 2 Trust Sports competition. Four sporting students from each primary took part in a series of action packed competitions, hosted by Oakley Vale Primary School.

During the morning the students went around a circuit of activities including goal shooting and dribbling and in the afternoon the focus was on teamwork with relay and egg and spoon races. The younger students were supported by Year 6 sports ambassadors and volunteers from Oakley Vale.

Ms Murdock from Oakley Vale, who organised the event, said: ‘The whole point of the day was inclusion because no matter where the students came in a race they still contributed points to their team so it was all about taking part and doing your bit. All of the students received medals and the overall winning team, Gretton Primary who scored 31 points, will receive a trophy. Everyone had a lovely time. It was nice that it was small groups taking part so they could all get involved, get to know each other and join in with others from across the Trust.'