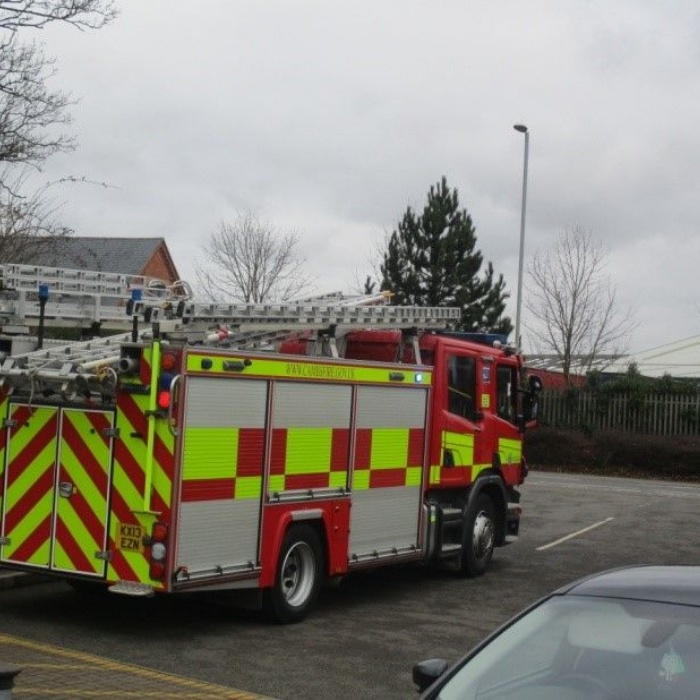 Students at Peckover Primary School had an amazing time when members of the local fire crew visited to teach them about fire safety.

As well as hearing vital advice and a safety video, the students also saw the protective clothing the crew wear and had a chance to see the fire engine. The importance of smoke alarms and not playing with matches were key themes and there was a question and answer session and discussion. 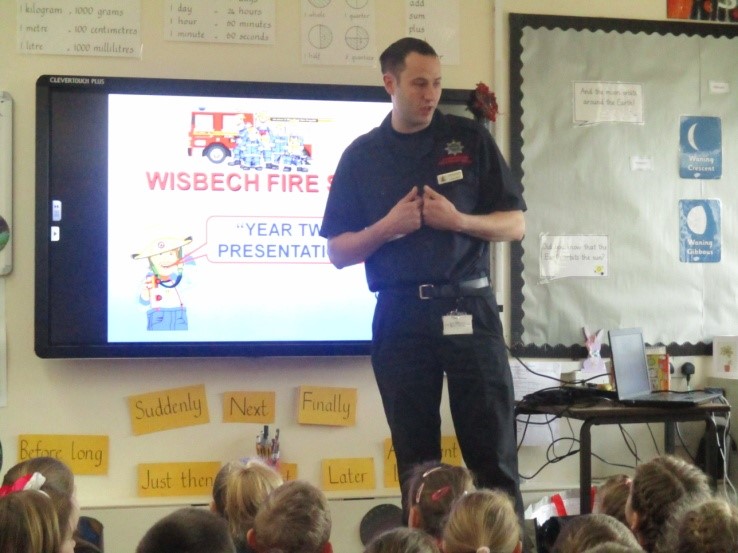 One student was lucky enough to try on the protective clothing the fire crew use and, as a final flourish the fire engine sounded its siren as it left the car park!

Thanks to the local Fire Service for coming along to give such a vital and interesting talk.