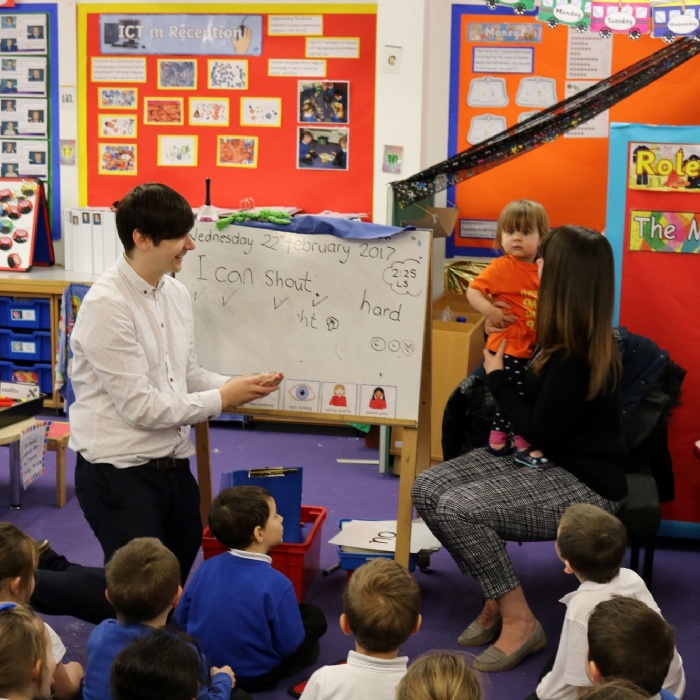 Congratulations to Zoe Finnis, an early years teacher at Beanfield Primary who received a marriage proposal in her classroom.

Her boyfriend Tom Sutherland and 16 month old daughter Evelyn went into the classroom on Thursday afternoon for the surprise event! Evelyn wore a specially made T-shirt asking ‘Will you marry my daddy?’ and Tom got down on one knee to ask for Zoe’s hand in marriage.

Tom said ‘Zoe has been hoping that I would propose for years but I wanted to do it in a way that combined both the things that she loves – teaching and our daughter, she has always said that she wanted me to propose in front of people, so I thought what better way than in front of her class.’

Zoe said ‘I am feeling extremely happy and didn’t suspect anything, not even when they walked in!’

Principal Leyton Smith said ‘It was a lovely surprise for Zoe and one that we were all very happy and privileged to be a part of.’