Brooke Weston Academy German teacher Mrs Hibberd has experimented with boosting boys’ language skills by classroom interventions and the results have been published in a professional journal. 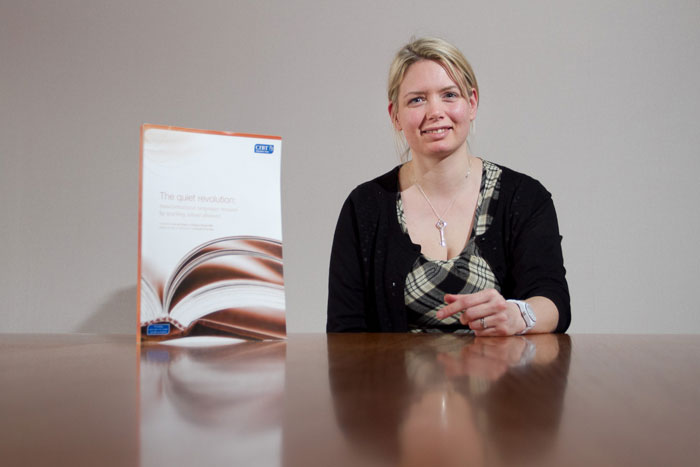 She investigated how boys’ language use and grammar can be improved by adjusting where and with whom they sat in the classroom. She placed students in mixed ability and gender pairings and assessed the results after eight lessons.

Mrs Hibberd videoed the sessions so that that she could investigate both the verbal and non-verbal communication and gauge how the students responded to tasks. Progress was measured by a written assignment. The students were told about the study and its focus and were able to give feedback at the end of the two-week-long project.

Mrs Hibberd said: ‘At a recent CfBT conference I was invited to submit an article for this research project. My inquiry was whether boys’ placement in the classroom makes a difference to their outcome. I mixed the students up, seating the more able students next to the less able and mixing up the genders. The attainment of one helped the other to raise their level. It started out as a personal experiment and curiosity. One of the foci of the school is boys’ underachievement. I targeted that group because it was showing a significant gender gap and I thought it could make the most difference to them. The focus is on communication and extending their language skills.

‘The biggest challenge was the filming and in the article I describe how strange it is watching yourself as a practitioner. I would say it is good for anyone from NQTs to experienced teachers to watch yourself teaching. The students were aware they were being filmed. They had a problem with being moved away from their mates but once I explained that the focus was to improve their writing and speaking, they were OK. I don’t think they were comfortable initially but that is why the project lasted for eight lessons so they got used to the environment. The journal was written by teachers for teachers. It is not meant to be an academic dissertation, it is tips from the classroom that other people may want to try out. I am curious to see if anyone else finds this useful.’