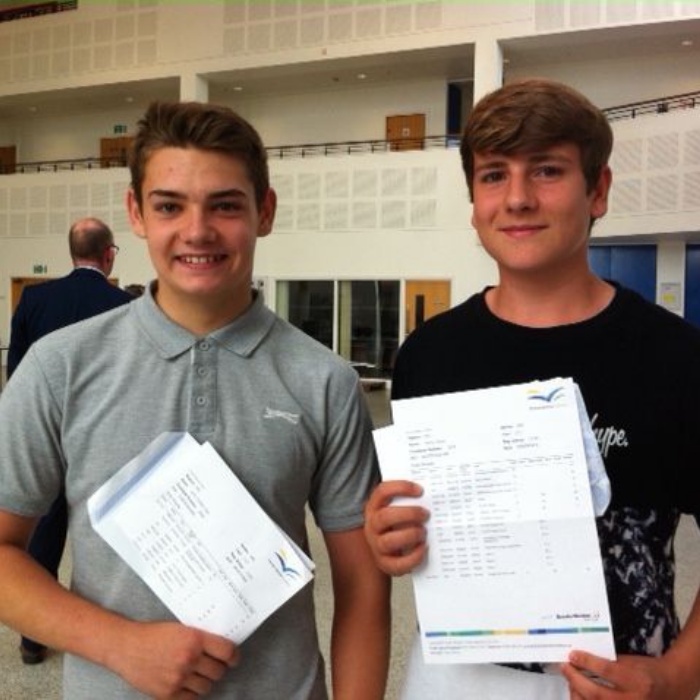 We are celebrating great results across the Trust this year with all three of our sponsor academies bucking the national trend by making significant improvements in maths and English this year.

At Thomas Clarkson Academy more students gained five A* to C graded GCSEs including maths and English than last year while at Kettering Science Academy the figures leaped by more than 10% in a year with 56% of students hitting the benchmark figure.

At Corby Business Academy the level rose to 58% of students while 77% of those at Brooke Weston achieved the same criteria. Also nearly a quarter of all examinations at Brooke Weston scored top marks of A, A* or Distinction.

An impressive 80% of English students at Corby Business Academy made three levels of progress and more than 40% improved by four levels.

Kettering Science Academy’s progress in English exceeded national expectations while their significant rise for maths brought them in line with national levels of performance. They also surpassed the county average for GCSEs and progress.

At Thomas Clarkson Academy 77% of students made the expected level of progress in English while 52% hit the target for maths with 45% of the cohort achieving the government’s newly introduced measure of two A-C grades in English and maths.

There were exceptional individual results across the Trust: Lauren Coull and Lydia Pouncey from Brooke Weston each achieved 9A*, 2As and a Distinction.

At Kettering Science Academy Samuel Blackman was celebrating 8A*s and 2 As while Corby Business Academy’s Evie Berry also got eight A*s and an A. Alicia Baghdouyan, from Thomas Clarkson Academy, got five A* grades with the remainder at A.

Finally congratulations to Brooke Weston’s Year 10 students William and Winston Ho and George Tysoe, who all achieved A* graded GCSEs a year early.

Brooke Weston Trust Chief Executive, Dr Andrew Campbell said: ‘These results show a rising trend in improvement that our newer academies have worked hard to achieve while our founding school, Brooke Weston, has maintained its traditional high level of attainment. These results encompass our Trust aims of high expectations and ambition for all.’