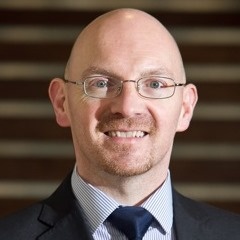 The new Principal of Kettering Science Academy has spoken of his ambition for the Academy and his commitment to leading students to success.

Paul Davies comes from North Birmingham Academy where as Senior Vice Principal, he helped to improve the school’s Ofsted rating to ‘Good with Outstanding Leadership’. It is also now one of the top-performing schools in the country for its valued-added score (the progress students make from when they start at school).

Mr Davies, who was raised and educated in Northamptonshire and now lives in Long Buckby with his wife and two children, began his teaching career in London. He was then appointed as Head of History at Kingsthorpe College in Northamptonshire before moving to Ninestiles School in Birmingham as Head of Sixth Form and a member of the senior leadership team.

For the last 10 years, Mr Davies has been part of the leadership team which oversaw the transformation of North Birmingham Academy, a school which has experienced a similar journey to KSA’s.

Mr Davies said: “One of the main challenges when I started at my previous school was raising the aspirations of students and parents. I wanted everyone to feel part of the school’s journey so that students wanted to come to school each day.

“My ambition for KSA is that it becomes one of the best academies in the country. I know we can make this academy a great success because it’s ready to take off – it’s ready to go to the next level and the students and community deserve that.

“I believe the success of a school is all down to the strong relationships between the people, with everybody sharing the same high aspirations for behaviour and achievement and no excuses for not getting there. These students deserve a world-class education from us. Fundamentally, it’s about what goes on in the classroom and making sure teaching and learning is outstanding.”

During his time in Birmingham, Mr Davies was awarded a Public Bravery medal by the police for protecting one of his students.