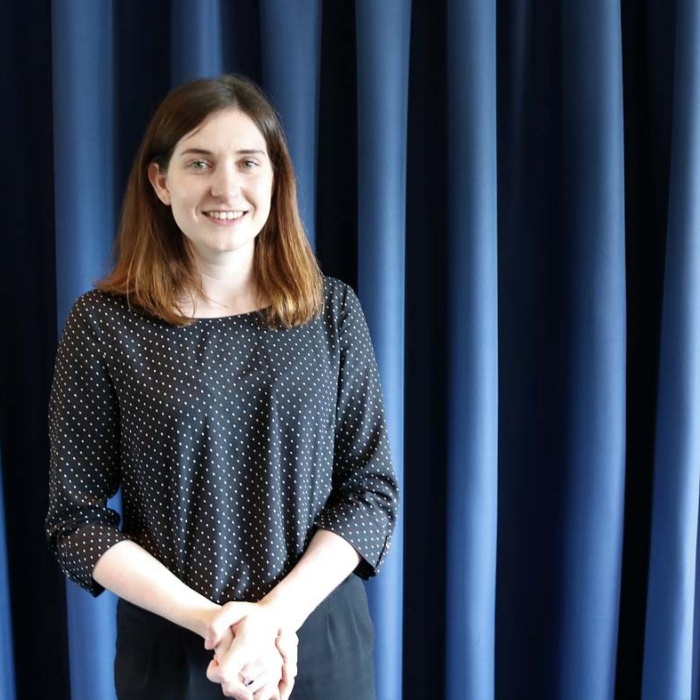 Corby’s  Labour parliamentary candidate, Beth Miller, talked to Sixth Formers at Brooke Weston about her career route, political aspirations and why voting is so crucial for young people.

Beth, a former Brooke Weston student, was interested in politics as a teenager but got more involved at university when she had the opportunity work as an assistant to former Home and Education Secretary David Blunkett during her last year at university. Since then she has worked as an adviser to Vernon Coaker in Defence and Northern Ireland and was involved with the Remain campaign last year. She is now hoping to be elected as Corby’s MP in this week’s general election.

She said: ‘It is really important for younger people to engage with politics as policies aren’t going to reflect their needs unless they turn out and vote. For too long policies have reflected only certain demographics that turn out on the day. We need to make sure that all generations are represented and that young people have a voice that is listened to.

‘Corby is the fastest growing borough outside London. That opens up some huge opportunities but also some challenges, we have got to make sure that we have strong public services.

'I have fond memories of my time at Brooke Weston Academy. There are a lot of good qualities that students develop here. I developed a strong work ethic as we did longer hours so it was quite intense.

‘The quality of teaching here is incredible. English is vital and so that stood me in good stead at university and allowed me to progress. The students here are great. We had some really interesting discussions and questions.'

Students also heard from former Brooke Weston student Matt Keane, who become a councillor at the age of 23 and, now, aged 26, is the borough’s youngest Mayor. He spoke about his civic role and responsibilities, as well as his two chosen charities this year, Stages, a local mental health charity, and Tribes, a youth club for disabled children in Lodge Park.

He studied here in the Sixth Form and said: ‘ Brooke Weston really opened my eyes and gave me confidence. It was a really exciting time because I was studying economics in the middle of the global financial crisis and it really put it into perspective for me.

‘I got interested in politics when I was about 10 years old and there was a campaign to try and get the railway station reopened. I was getting people to sign petitions and eventually we got the train station built so it just goes to show that politics can change things. The regeneration that has taken place in Corby over the last ten years has been amazing and that is all down to the work of politicians.

‘I got involved at a young age and joined a political party at 17 years old. I have seen the huge changes that have happened in this town and I want to be involved in the next chapter. Now we have got a future and people are moving from London and all over the country to be part of Corby’s next chapter. I am really proud to be the ambassador for this town.’