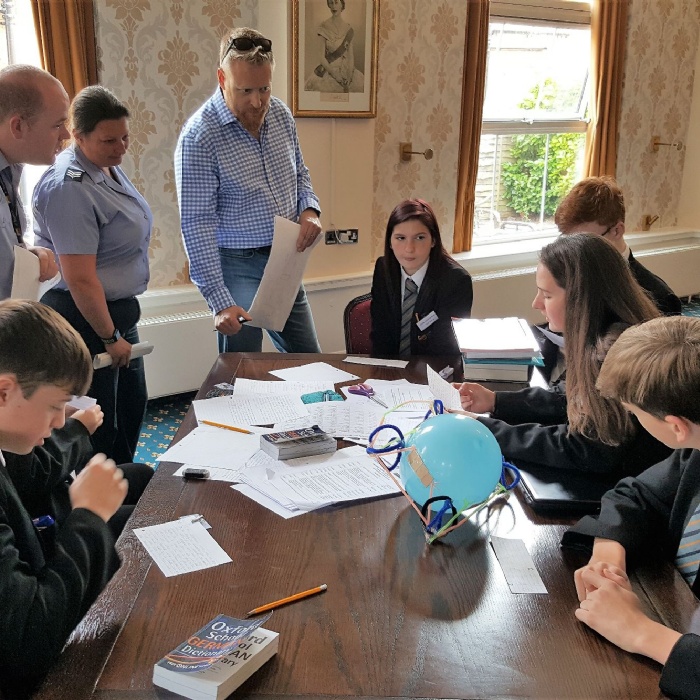 Year 10 students from Corby Technical School had to design and market a space hotel as part of an International Space Challenge at RAF Waddington.

Our six students competed against teams from other schools, using their science and engineering knowledge to design and build a model hotel. They had to take all the planning and build costs into consideration including design, structure and cost.

They then had to create a marketing presentation in German to ‘sell’ their hotel to potential investors. Both of their presentations were given to a panel of  judges comprising RAF engineers and linguists. Afterwards the students also had a bonus Russian language taster session.

Teacher Mr McRae-Smith said ‘The students worked brilliantly as a team, against some really strong competition. Their design was noted for being well planned and researched and one student received a special individual prize for her contribution towards the language presentation as well. The team should all be very proud they were a credit to the school.’