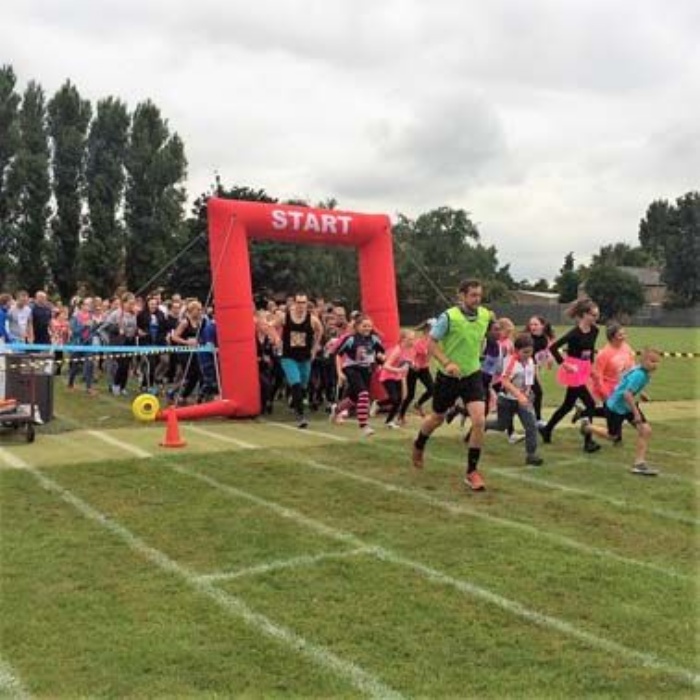 Thomas Clarkson Academy has raised nearly £3700 for Cancer Research with its recent 5k Race For Life and by a charity raffle in memory of a colleague.

Around 170 students, staff, families and friends conquered the three mile Race For Life course around the academy grounds, in memory of loved ones affected by cancer.

Proceedings were started by organiser Amy Anderson, who also cheered fundraisers on as they crossed the finish line. She said ‘It’s been incredible how the TCA family have shown such solidarity to this fantastic cause, I am proud of every single person who has worked hard, donated and run.’

Thomas Clarkson Academy initially raised around £3400 from Race for Life, however a raffle held at the Academy’s recent ‘School of Rock’ production boosted the total to £3675, with money raised in memory of colleague Nicki Cobbin who sadly passed away from cancer this month.