The semi finals of a popular cooking competition taking place at Corby Business Academy have begun. 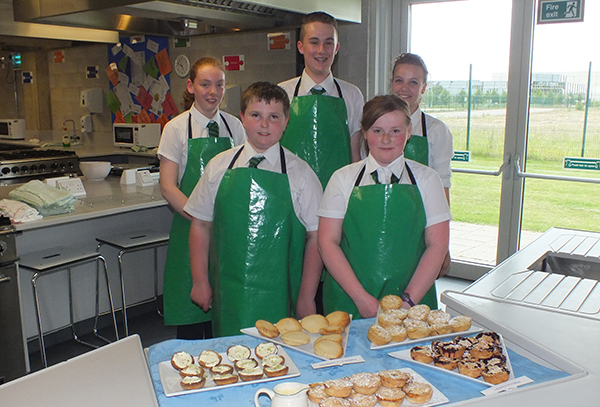 The Great CBA Bake Off ran after school on Wednesdays all last term and continues this term.

The students who are taking part are faced with a different baking challenge each week and their efforts are sampled by judges, who award them points.

The competition has now been whittled down to the top eight point scorers, who are battling it out in the semi finals in the hope of making it to the final three.

The top three bakers will compete in the competition's final on June 22nd.

The first week of the semi finals took place last week and the challenge was to make a number of small pies. The winner was Bradley Thompson, who made raspberry and apple crumble pies, followed by Rebecca Loveday with her blueberry pies in second place and Lucy Hall’s fruit pies in third place.

CBA restaurant manager Chris Lapsley, who has been running the Bake Off and judging it each week with Cath Davis, said the students had produced some excellent creations so far.

Mr Lapsley said: “The standard of baking has been excellent, with all the competitors getting better with each round.

“The semi-finals will really test the remaining bakers with some difficult challenges and the final will allow the students to showcase what they have learnt over the course of the competition.”