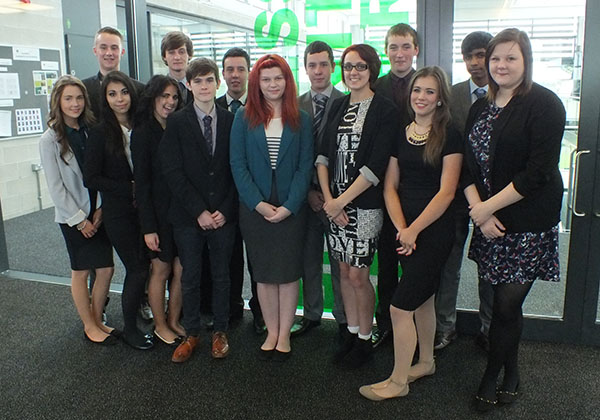 The 14 students will meet every Wednesday after school to work on their business.

The team are currently deciding on their product.

They are also finalising their roles within the company, with three students having put themselves forward to become Managing Director.

Kraftees won several awards, were named best Young Enterprise company in the area and won runner up best company in the county. They were also shortlisted in the national Skills Factor contest.

Year 12 student Jake Lewis, who is part of Signature, said: “I chose to take part in Young Enterprise because I’m quite a confident person and I think I could lead a group of people quite well.”

Student Nicole Bean said: “I chose to do Young Enterprise because I want to be an accountant and this will be good experience in the business world.”

Student Kia Hardingham said: “I chose it to help with my confidence and to get a taste of what life is like in the world of business.”

Student Kieran Durnan said: “I think it will be a good experience and will be a really good activity to put on my CV.”

Young Enterprise link teacher Alexandra Allan said: “The students who have formed Signature have already shown such commitment and enthusiasm, I have been very impressed.”