Thomas Clarkson students take The Tempest to the stage 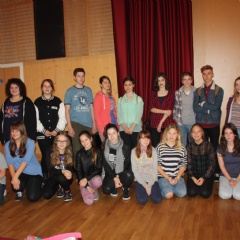 English and drama students at Thomas Clarkson Academy took to the stage alongside professional actors when they appeared at the recent Shakespeare for Schools Festival at King’s Lynn Corn Exchange.

20 students from the Academy took part in the event which was staged across the country making it possible for students to stage abridged Shakespeare productions.

TCA’s students performed in a 30 minute production of The Tempest.

English teacher Dan Hudson said: “It went really well and they did superbly. They were praised by the professional actors who said they were very convincing.

“It was a really positive experience for them all.”