The students, from Years 11, 12 and 13 did a huge amount of fundraising for the trip, run by Camps International. They joined a group from a school in Bournemouth for the adventure, which took in Cambodia’s coastline, jungle and ancient monuments.

They were accompanied by teacher Dawn Willis who said: ‘Everyone got on well straight away and some really strong friendships were formed. Camps International projects are sustainable so they work in the same community for a longer period of time so they have greater impact. We achieved more and made a difference. Cambodia is one of the nicest places I have been and the people are lovely.

‘We flew into Cambodia’s capital, Phnom Penh and had a couple of nights there before a day’s drive down to Sihanoukville on the coast. We missed our ferry so they got us a speedboat over to the island which was brilliant! We had a week’s diving and most students passed their PADI open water course. Some did a first aid course and beach clean instead. Every evening we had dinner together and had time to reflect about the day.

‘We returned to Phnom Penh and visited the Killing Fields and the S21 Detention Centre, which was really hard-hitting. One of our guides had lost three of his brothers and sisters, so to have conversations with people who experienced the genocide was incredibly moving.

‘Afterwards we went to Beng Pae, which was our first camp. One well had already been dug to a few metres so one group completed that. The group I was in broke ground for the other well. We could did down to two metres but, because of excavation laws, couldn’t go any further so this amazing guy was digging and we were clearing the soil. We were planting banana plants and vegetable patches. The water was for two families and they could share the crops. The father of the family also helped dig. His four year old had spinal problems so the students had a whip-round and raised 150 dollars because, although treatment is free, accommodation and transport isn’t.

‘It was hard work but the students were just amazing. Their positivity, determination and physical strength were incredible and we managed to do a lot more than anticipated. We basically dug an entire well in two or three days and made concrete rings for it as well.

‘We went to Siem Reap for a couple of nights to see Angkor Wat. It was amazing and then we went to a home-stay camp. We built a path for a primary school because everything floods in the rainy season. The students were brilliant and got involved with everything from mixing concrete to making paving for the path.

‘They learned a massive amount of life skills and it was one of those experiences where you do so much in four weeks. Just to work in that heat and to be so happy and positive was a credit to the students.

‘We had a sense of being one big group rather than two separate schools and everyone got really close and has kept in touch. They have invited us to see their musical in November and we have also talked about doing a camping trip together. We may even plan another expedition in a couple of years. It was sad saying goodbye at the airport but our students have built unforgettable memories.’ 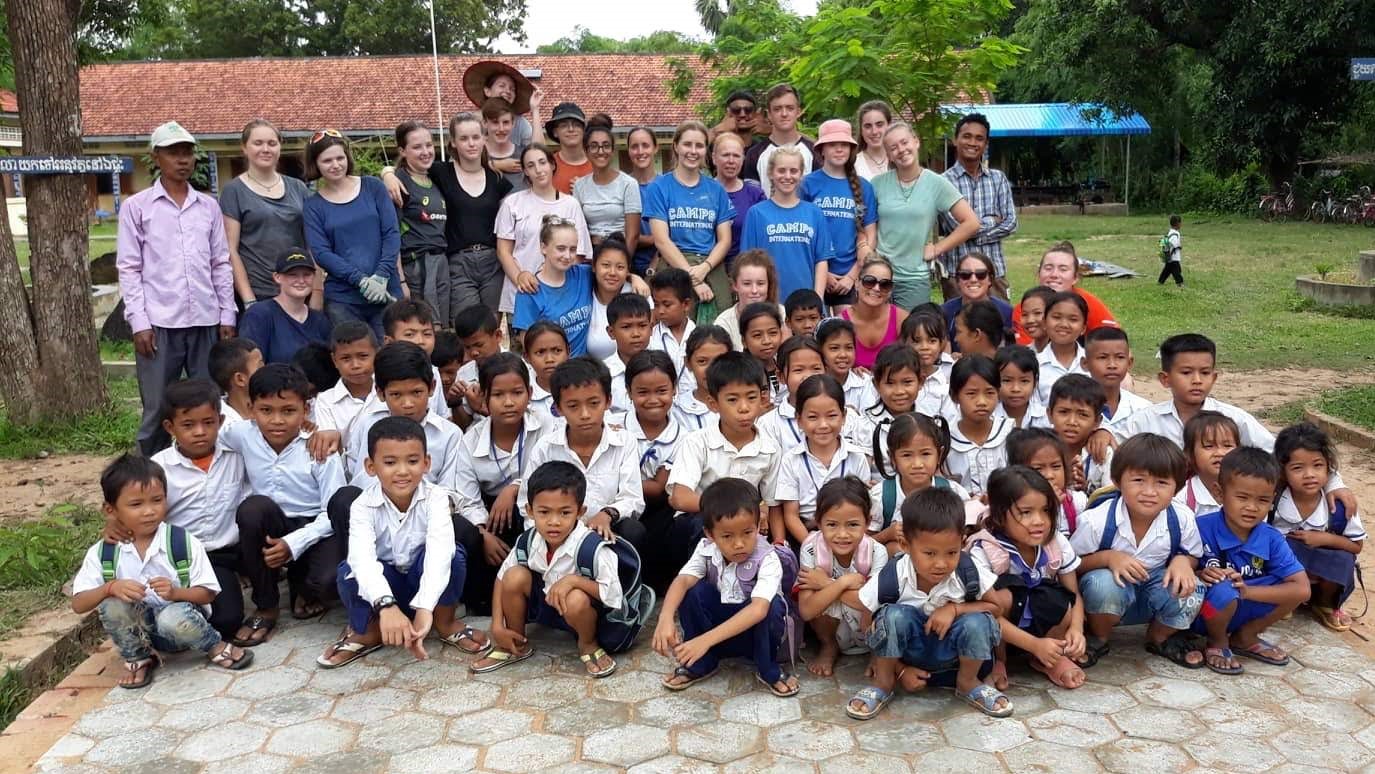