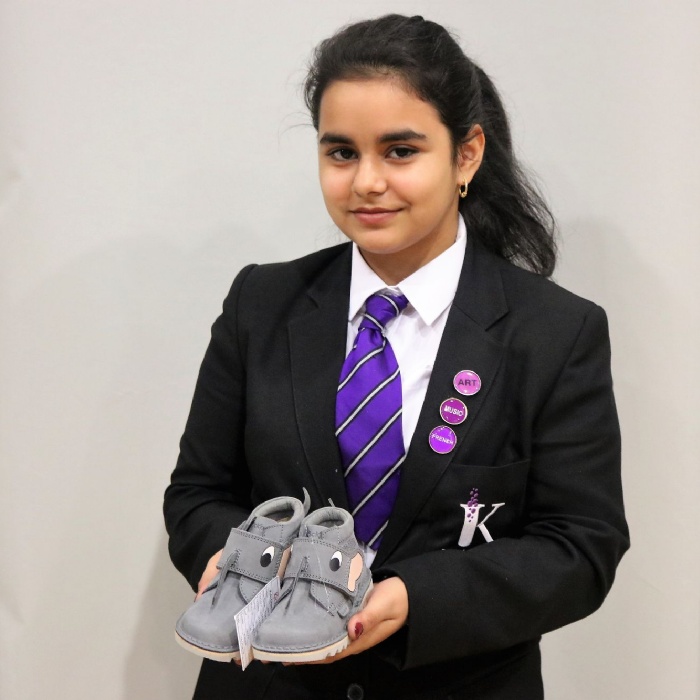 Well done to Kiara-Jane Schraader-Pearson and Eman Naeem who both designed footwear on an arts course, with a chance of Eman’s winning elephant design going into full-scale production.

The girls, who are in Year 10 at Kettering Science Academy, were tasked with designing children’s shoes during Saturday art classes at the University of Northampton. The students had a visit from the Kickers’ team who took the students through the design and manufacture process.

They were then asked to come up with their most fun and innovative designs with the best three being made into samples with the possibility of going into full production. Eman’s elephant design was one of the three selected, manufactured and exhibited at the course’s end of year exhibition in Somerset House, London.

Both girls gained a huge amount from the art classes, which were run as part of the National Saturday Club, and it has encouraged them to consider art as a possible future career. 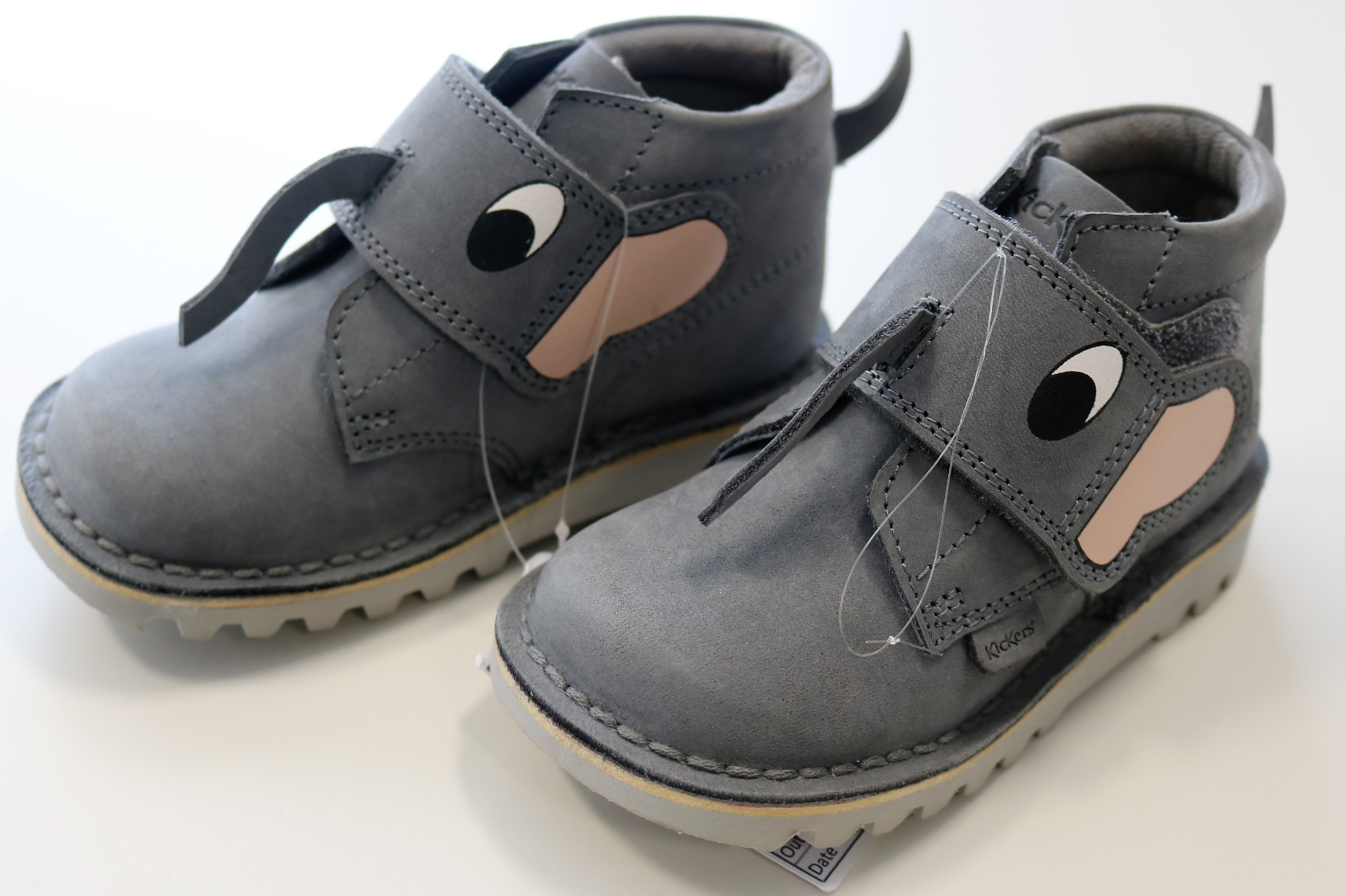 Eman said: ‘As part of the course we did fashion design, textiles, shoe design, photography and film-making. Each week a new skill was added and we completed a finished item for each module. I liked all of it but I think the fashion designing was my favourite.

‘I decided to do an elephant design as Kickers brought along some examples and there was a unicorn shoe that inspired me. I decided to use 3d pieces for the trunk and tail and I think the design works really well.

‘A few days before the exhibition my dad received an email saying my shoe was going to be made. I couldn’t believe it! The first time I saw them was at the exhibition and I took about a hundred photos of them!’

Kiara said: ‘The team from Kickers was really friendly, showed us a catalogue of their previous work and told us about the history of the company. I designed a world map Kicker with little pins on the shoes to stick on to show where you have been in the world.

'The exhibition was beautiful because it was made up of work at Saturday clubs from a range of departments and lots of universities. National Saturday Club is a big organisation that inspires youth into different careers and gives them more confidence in their chosen subjects. It was a great opportunity that let us explore different media and make friends from lots of schools in the area.’

Katie Greenyer, Creative Talent and Networks Director of Pentland Brands Limited said: ‘Kiara-Jane and Eman were both brilliant Saturday Club Trust students from a Masterclass that I held in Northampton in March 2019.

‘We were so impressed with the standard of work that our head Kickers designer selected three designs to be make in to pairs of shoes that were exhibited at Somerset House as part of the Saturday Clubs yearly exhibition of works.

‘I’m so proud to be part of the Northampton masterclass. It allows young people who are interested in the creative industries to explore opportunities that they probably would never thought existed.

‘All the footwear that was designed and made was incredible but there are no current plans to add to the Kickers main line collection.’

Both girls received an award for Commitment and Dedication at KSA’s recent Awards evening.