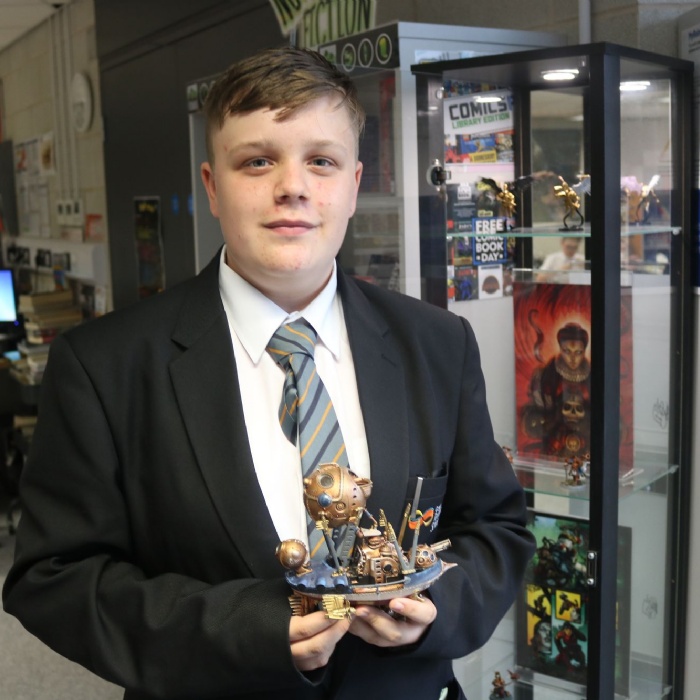 CTS student Thomas Marshall has run a successful Warhammer Club after school and loves the game which is a mixture of creativity, luck and tactics.

There are two Warhammer universes – 40k, which is set in the 40,000th millennium and mythical Sigmar, which features dragons and magic. CTS’s Warhammer Club plays both versions, and one popular feature is that, no matter the version, players build and paint their own models.

As CTS’s is classed as a ‘school alliance club’ the Warhammer Company send new models along so that students can try them out. There is also a specialist games shop in Kettering where players can buy more models and accessories and do battle in larger scenarios.

Thomas, from Year 10, said: ‘Warhammer is a tactics-based war game. One of my friends introduced me to it so I went to the store, got a few models and my interest has continued since then. I started Warhammer Club at CTS two and a half years ago. Due to the support of the Warhammer Company each student who joins gets one of each model to paint. From there they can build up their own armies so it is a great way of introducing them to the game. The models start from around £7 but they can be very expensive, up to £1,000. However for about £25 you’ll get an entire set of models to paint.

‘Games can last anything from 15 minutes upwards. I have been in a game that lasted four and a half hours! It is a mixture of tactics and luck as you roll a dice to play. It is balanced because you could have one really powerful character against an army of 100 but there is a points system in place to even things out.

‘We get support from the Games Workshop shop in Kettering where students can go and play larger games. There is a big Warhammer community out there. As I enjoy it so much I thought it would be good to do it at school and running the club also counts towards the volunteering element of my bronze Duke of Edinburgh Award. We meet every week after school on a Tuesday until 5pm and have about 13 or 14 members that turn up regularly.’

Student Toby from Year 7 said: ‘I wanted to join an after school club and thought it would be a good one. You have to use a lot of precision and skill in painting our models.’

Year 8 student Adam said: ‘You get to meet new people, especially at the shop, and it is nice to connect with people.’

Emily from Year 7 said: I wanted to join because my uncle plays Warhammer and I find it really interesting. This is my first day at the club and everyone is really friendly.’

Librarian Miss Kidner said: ‘I didn’t know much about it until Thomas introduced me to it but now I have got my own army! I like building them but I like playing the games best.’ 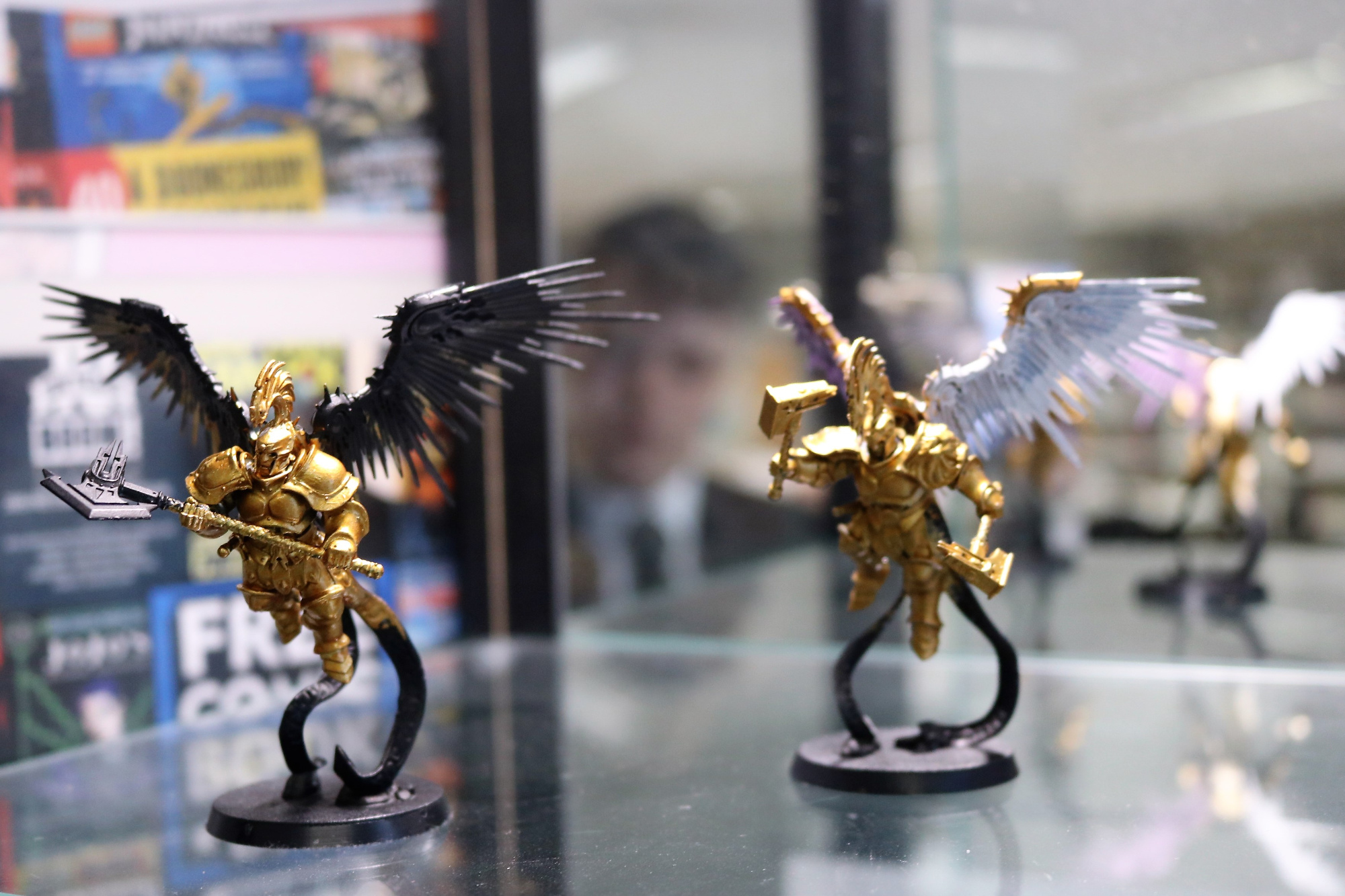 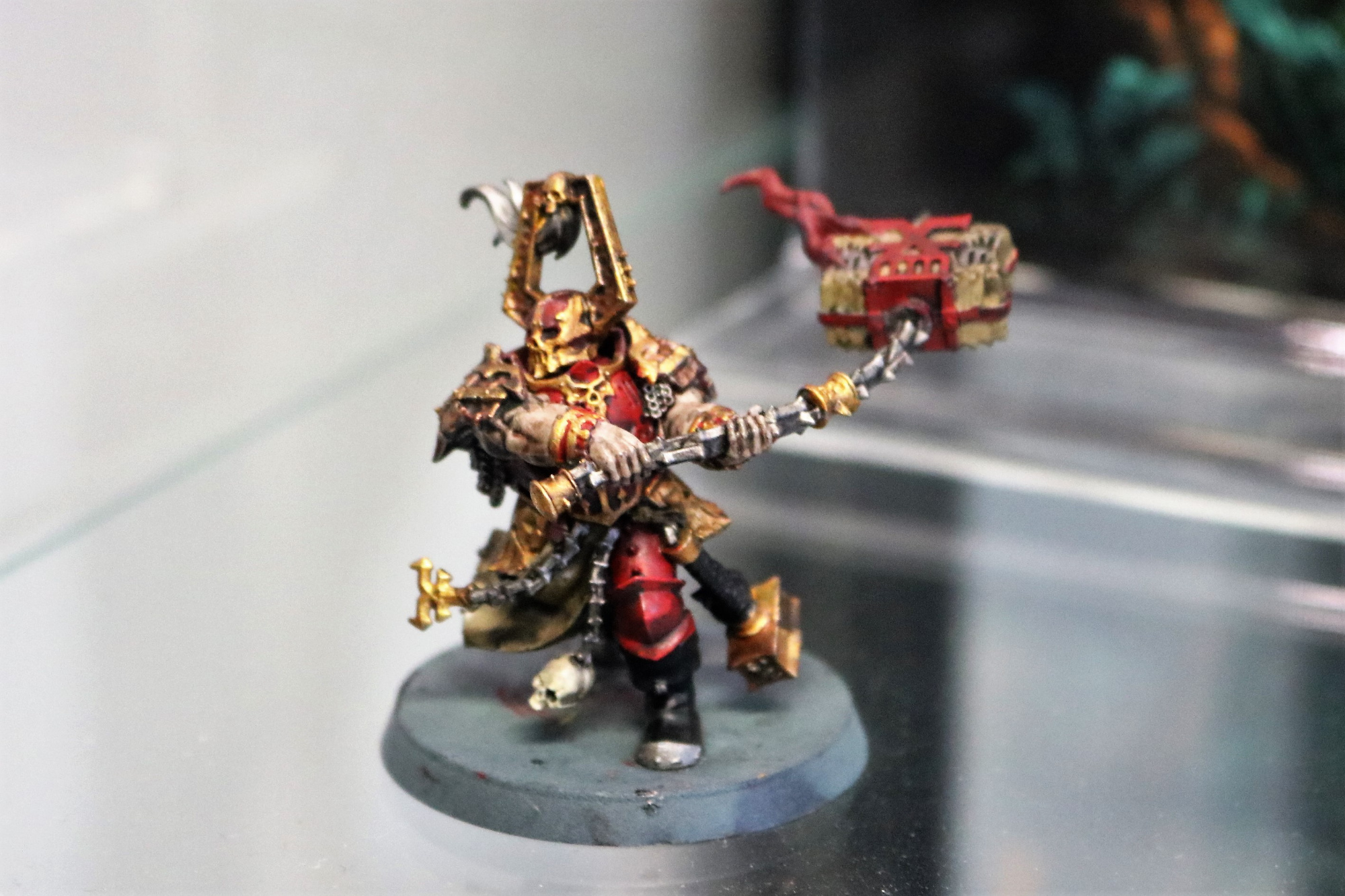 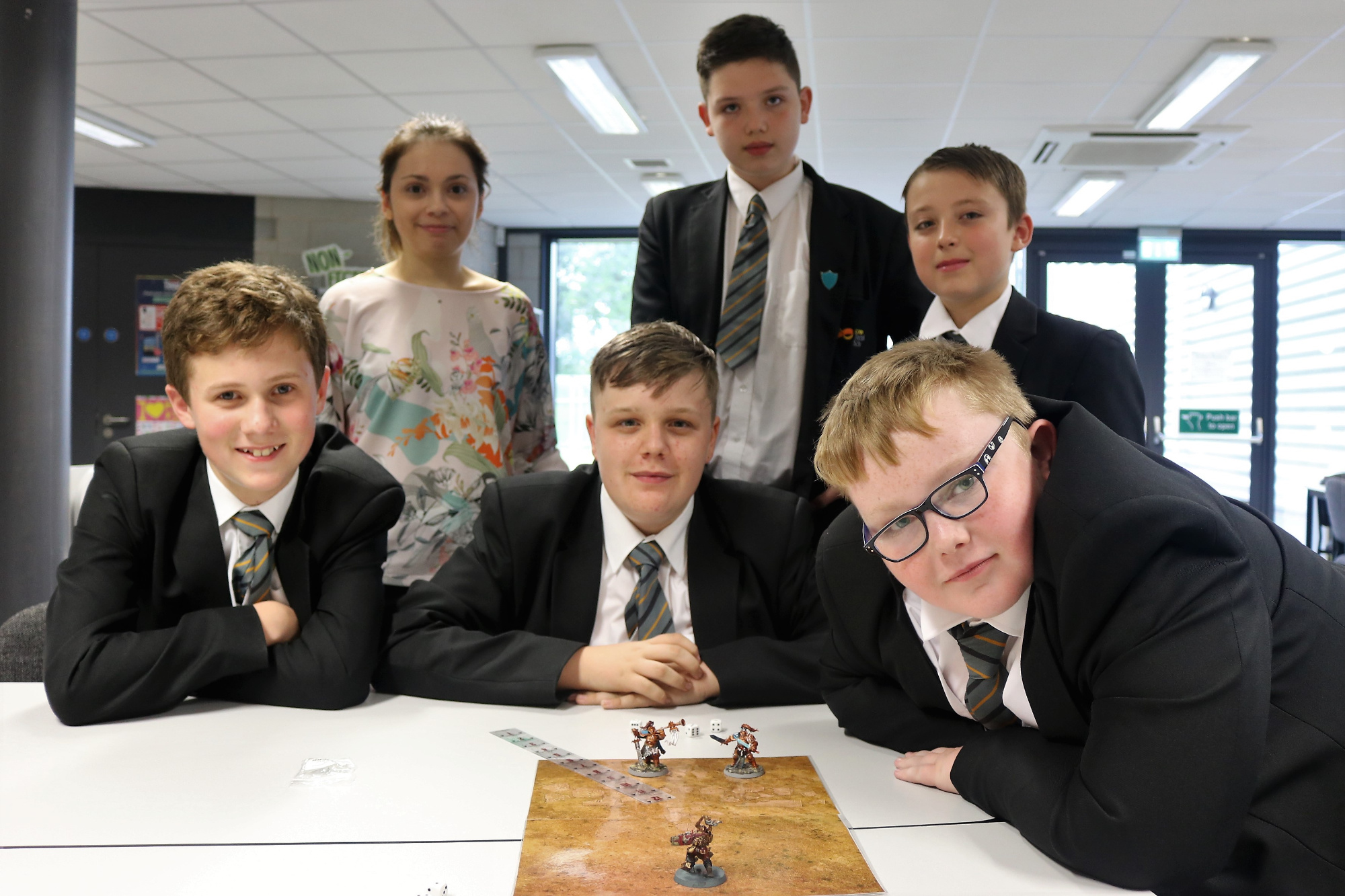