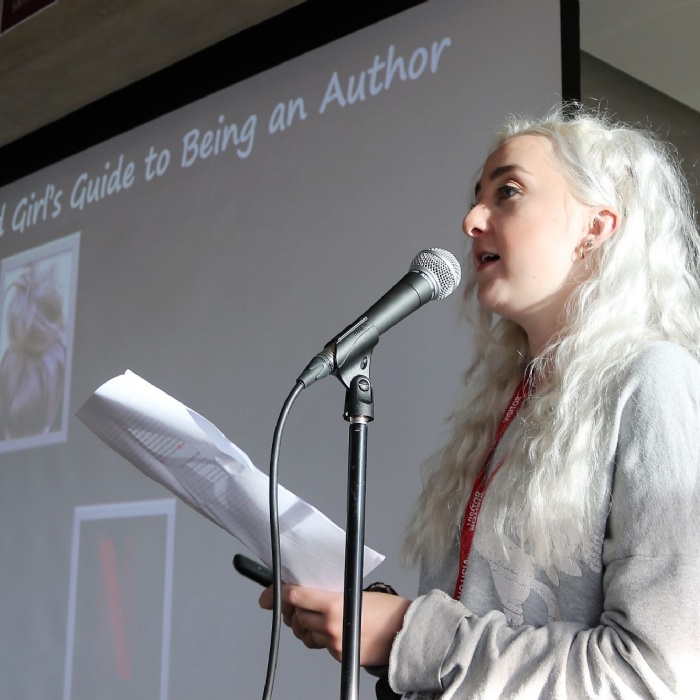 Debut author Holly Jackson delivered an arresting presentation to students at Corby Business Academy when she spoke about her mystery thriller ‘A Good Girl’s Guide to Murder.’

Holly said: ‘It is about 17 year old Pip and an extended project she did at school to earn extra UCAS points. She decides to re-examine a closed murder case that happened in her town five years previously … Schoolgirl Andie Bell was murdered by her boyfriend Sal Singh. It’s all anyone could talk about. But Pip can’t shake the feeling that there is more to the story and as soon as she starts to investigate she’ll discover a dark trail of secrets that might actually prove Sal innocent. But someone in town doesn’t want Pip digging around for answers and soon her own life might be in danger!

‘I knew I wanted to be an author since I was 11. The route to being published is never smooth. The first book I wrote was when I was 15, but it was bad! Even though the book was dreadful I learned quite young that I had the perseverance and blind optimism to get to the end of a book, which is half the battle of writing.

'I started writing this book in November 2016 and I meticulously planned every scene and chapter before I started which meant the writing process was pretty quick and I got it done in about ten weeks. I finished it in January 2017  so from writing the first words to having the book out in shops took two and a half years so it was a long process.'

She told students about ‘the essential toolkit of being an author’ including pyjamas: ‘Writing is one of those great jobs where you roll out of bed in the morning and don’t even have to get dressed for the day!’ Others included a messy hair fun, Netflix, coffee, notebooks, procrastination, books and more books: ‘If you want to be a writer you have to be a reader first, so you need to do lots of reading – all the time! I read everything; fantasy, historical, horror because you never know when you are going to get a spark of inspiration. Sometimes reading a bad book, even a terrible book, is an excellent way of teaching yourself what not to do.’

She read an excerpt from her book, spoke about fictional detectives and also set up a murder mystery that the students had to investigate by scrutinising clues. Holly finished with a question and answer and book signing session.

Librarian Amy McKay said: ‘This was a really good author trip where we not only learned what it is like being a writer, we also learned some  quite grisly facts along the way. The students loved Holly and her book proved very popular. We look forward to the spring when her much anticipated sequel, Good Girl, Bad Blood is published.’ 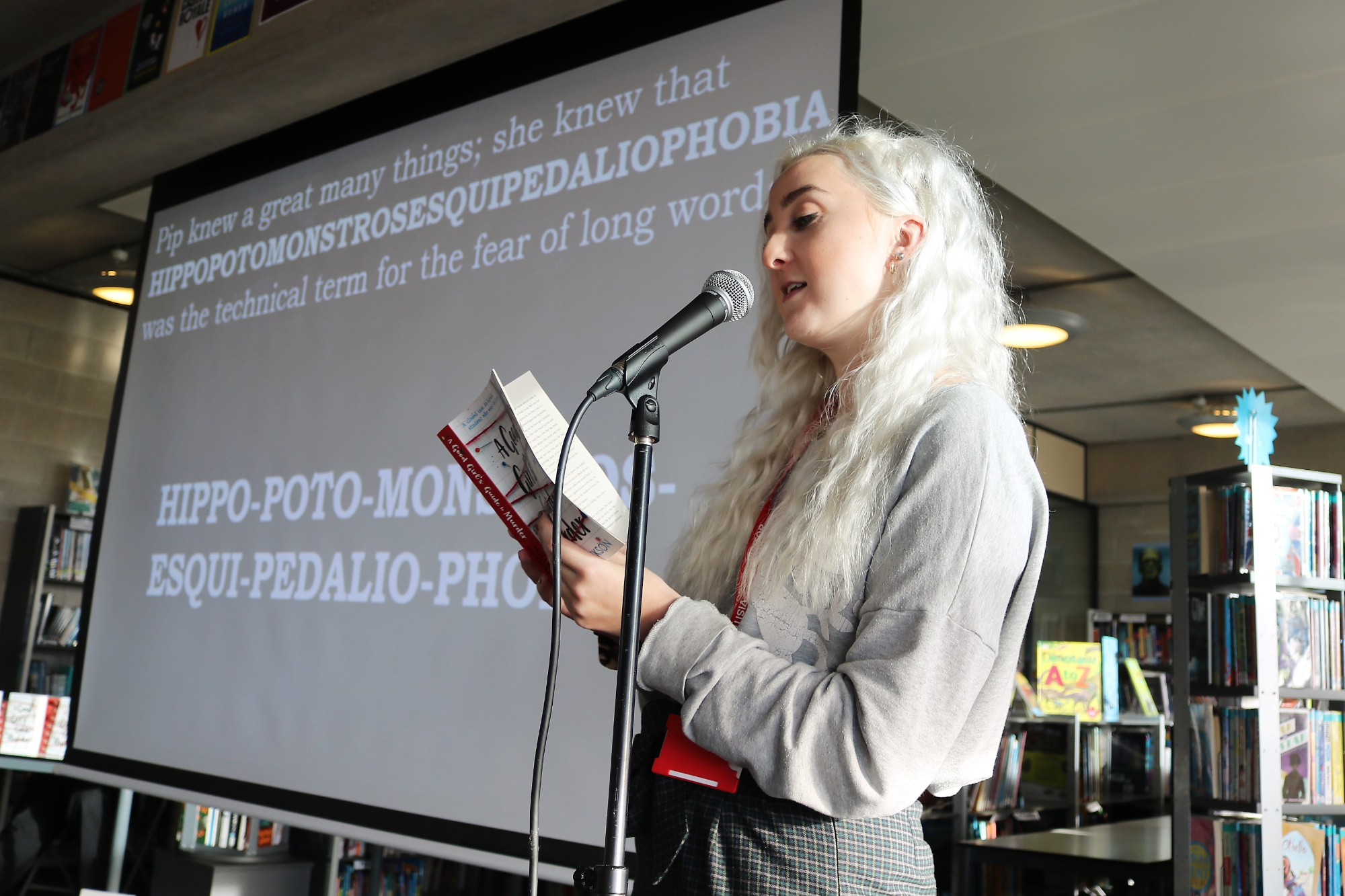