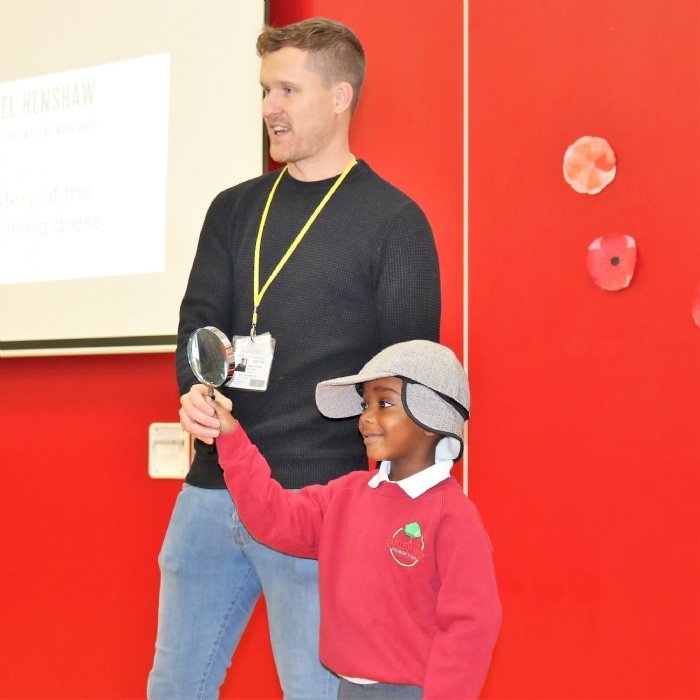 The secrets of writing mystery novels were unveiled by author Dan Henshaw at Oakley Vale Primary School when he visited for the first Author Day of the year.

He spoke to students in assembly, telling them about his books and staging a mini-mystery with the Reading Ambassadors and Mrs Clarke involving a missing wedding dress. Student Antonio dressed in a deerstalker with a magnifying glass and had to solve clues to find the culprit.

He told them: ‘The first book I ever wrote was called “The Great Snail Robbery” about a boy, Jeremy, who is having a really hard time at home. He thinks the best way to solve the problems is to get a new pet. Lots of things go wrong, it gets worse and worse but there are lots of laughs along the way.

‘Jeremy is in all of my books. The second one is called “The Curious Case of the Missing Orangutan”. He takes his favourite toy into school and it vanished so he has to try and find out who has taken it. He is trying to solve a mystery and that is what we are talking about today. Mystery writing isn’t just about writing books, but it can be writing for television or a movie. My third book “Jeremy’s Shorts” is a book of short stories.’

Dan, a former teacher, read a funny excerpt from “The Curious Case of the Missing Orangutan.” Afterwards he led writing workshops with students helping them to plan their own mysteries and did a book signing session after school.

Dan, a teacher, wrote three books in four years. ‘I used to read with my class all the time and used to love it when we were reading a funny story and they were laughing. I wished I could write something that kids would find funny, so that was my inspiration. I tried my writing out on my class and eventually I got the idea for these stories.’ 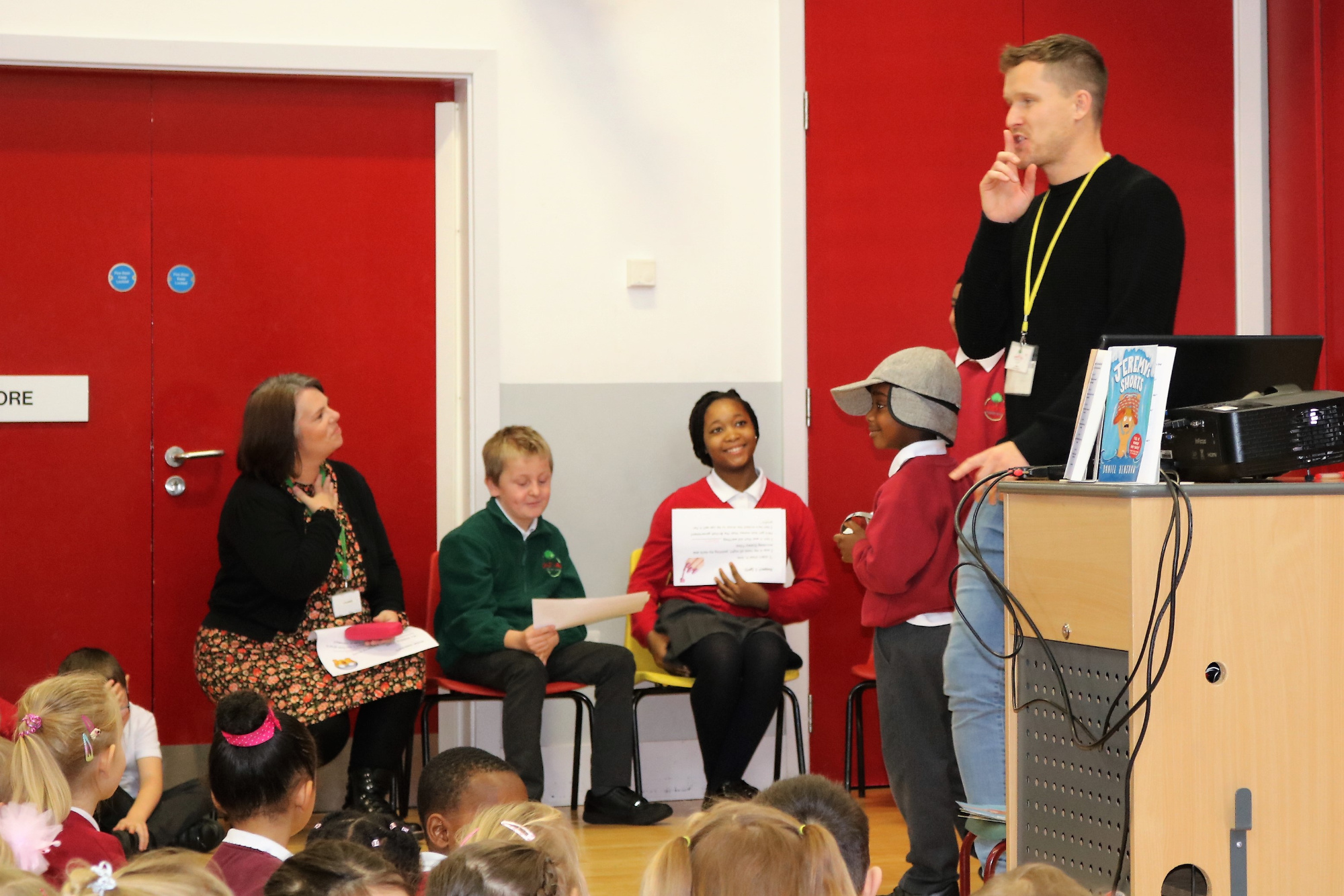