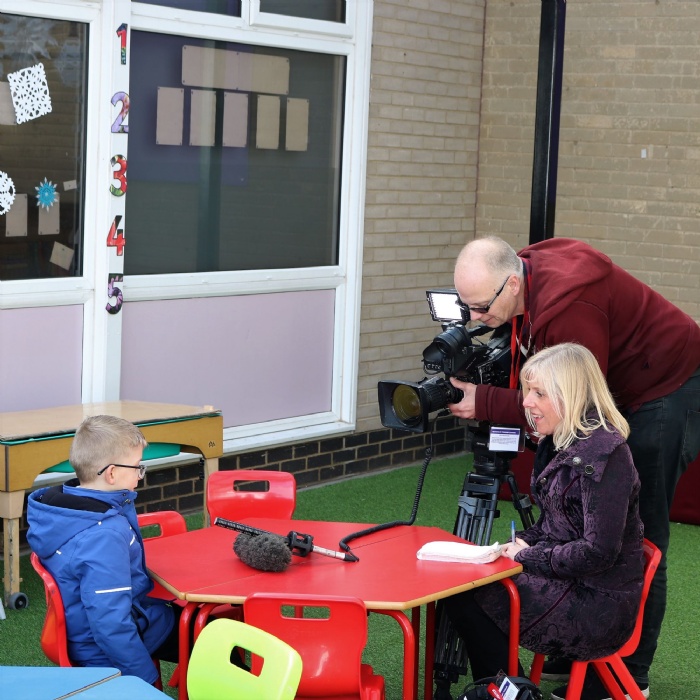 Year 2 student Caeden Thomson, from Beanfield Primary School, was interviewed by BBC Look East about his fund-raising walk to the summit of Ben Nevis.

Caeden is raising money to buy equipment to help children with cerebral palsy. He was born prematurely and was diagnosed with the condition and so he has benefited from the expertise and equipment at Kettering General Hospital.

Now he and his family have set themselves the goal of climbing the UK’s highest mountain in May and raising £8,000 to help children in a similar position.

BBC reporter Emma Baugh and a cameraman visited the school and took footage of Caeden at work, in the playground and with his friends. They also interviewed Associate Principal Sam Eathorne and Caeden’s family who will be doing the challenge with him. The report will probably be broadcast tomorrow (17 March) on Look East.

Caeden has a YouTube channel which is regularly updated here.

To see a gallery of pictures of the filming click here.