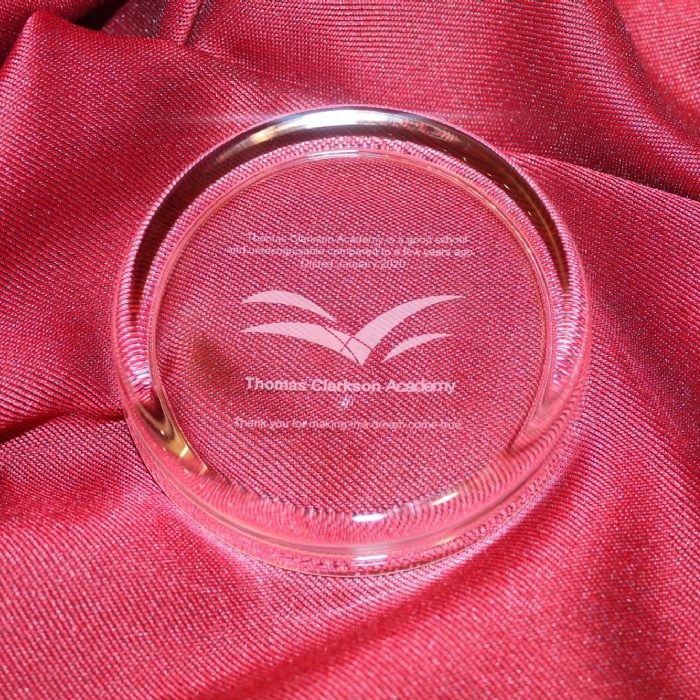 Staff at Thomas Clarkson Academy had a celebration event to mark the school’s recent Good Ofsted judgement, which was the first in its history.

Mr Richard Morrison, Chair of the Trust’s Board of Directors attended, as did BWT’s CEO, Dr Andrew Campbell, Secondary Executive Principal Anne Hill and members of the school’s Governing Body. There were speeches and members of TCA’s staff received a commemorative glass paperweight to mark their contribution to the school’s success.  It read: “Thomas Clarkson Academy is a Good School and unrecognisable from a few years ago. Thank you for making this dream come true for this town.” 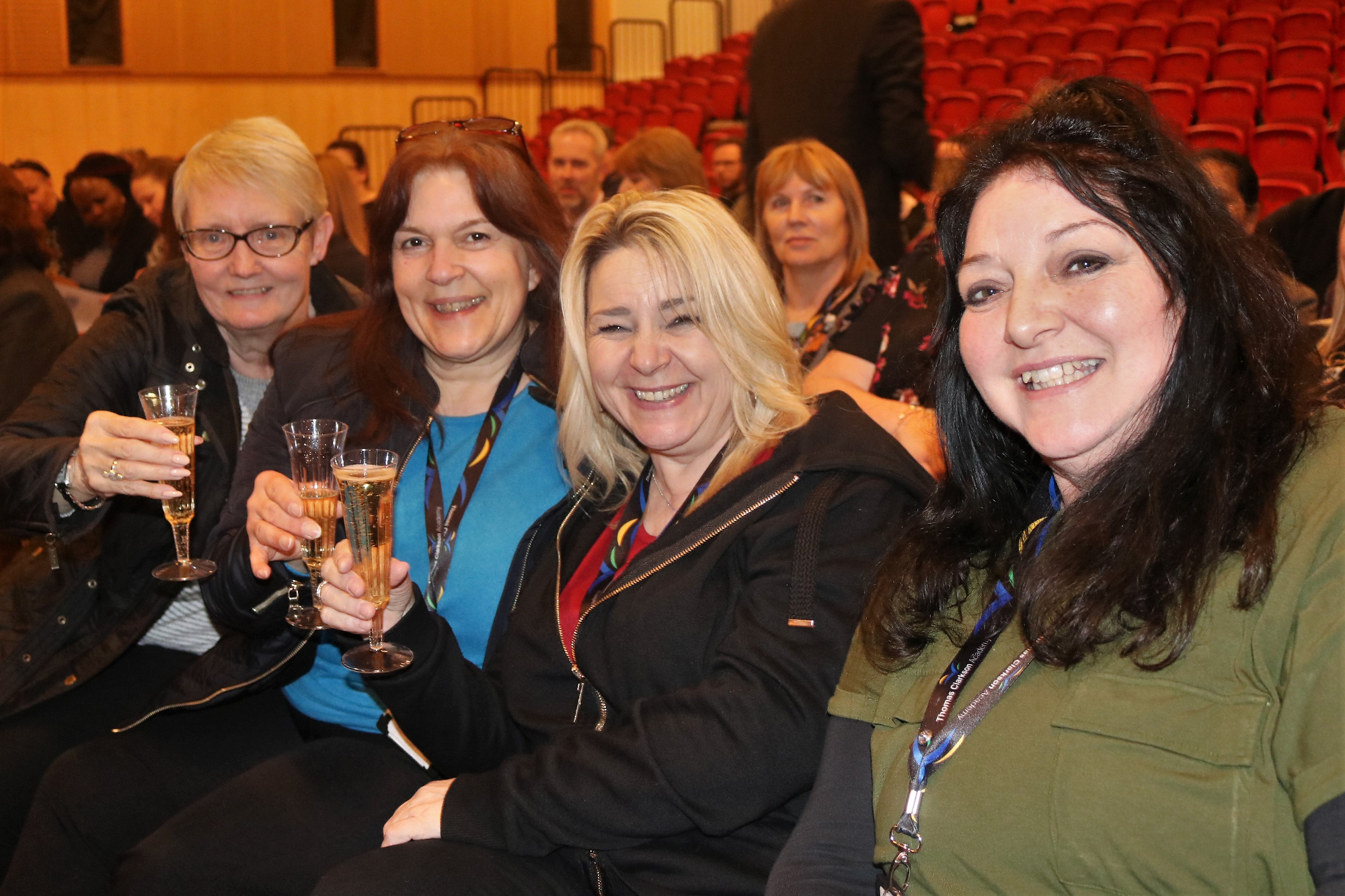 Mr Scott said: ‘Thomas Clarkson Academy is a good school. Behind all of the teamwork and effort by teaching and support staff is absolutely a moral purpose for young people. Your commitment to our students, and the commitment I see here, day in and day out, is all about your character, perseverance and willingness to make sacrifices individually. It is absolutely fantastic to work with such fabulous people.’

Secondary Executive Principal Anne Hill said: ‘You, as a staff, delivered what is a historic achievement for the school, the town and the students. None of it would have been possible without the transformational culture and team effort that there has been in this school. The credit goes to all of you.’ 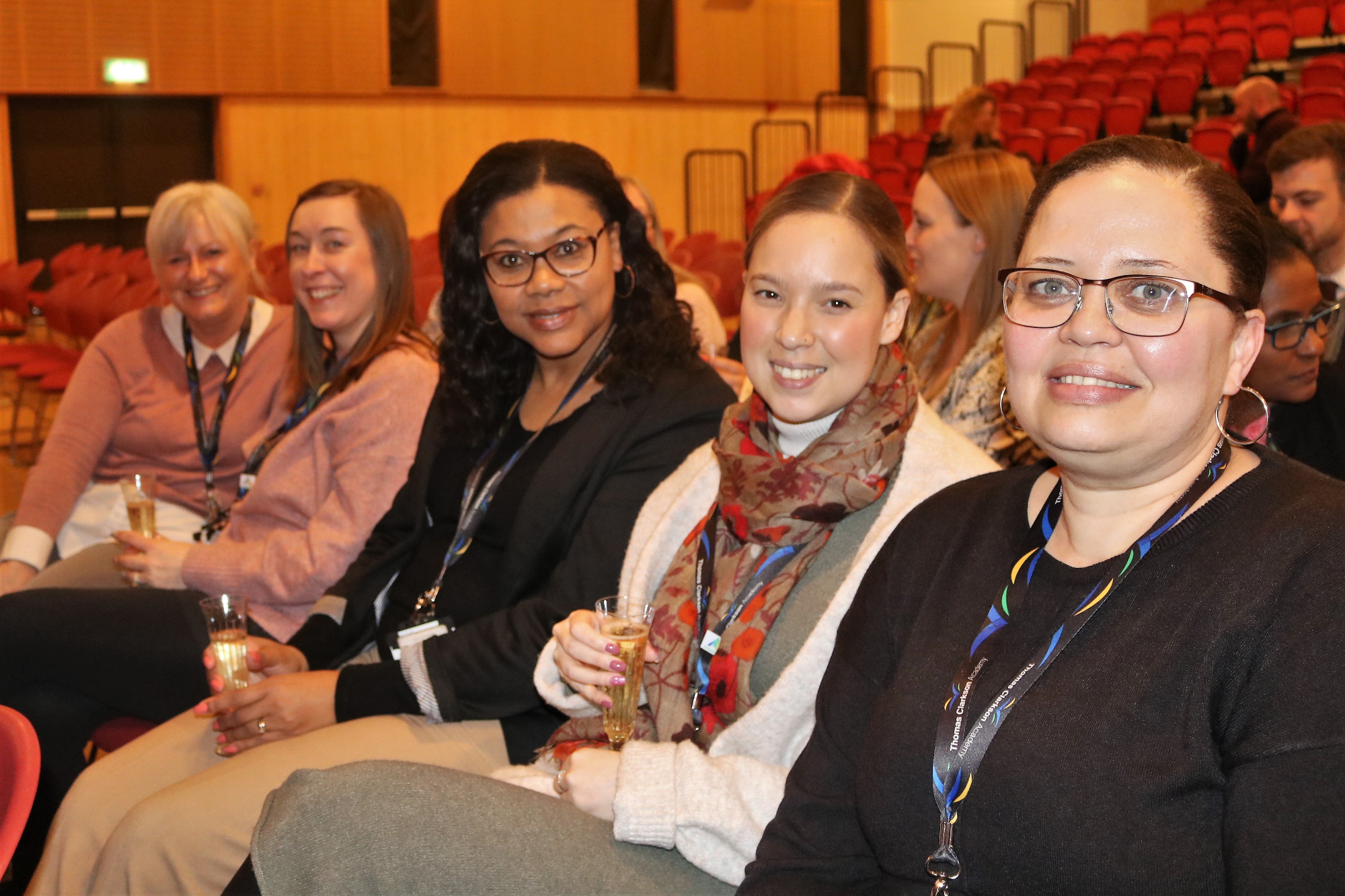 Chair of Governors David Bailey said: ‘The impact on the local area; achieving the fantastic result that you have, cannot be overlooked. What a fantastic thing, to say that you come from a good school. Continue the journey and we’ll see where we get to.’

Governor Jan Hutchinson said: ‘I became a Governor in 2007 and it has been quite a journey! Brooke Weston Trust came along and with their support, with Anne and Richard and all of you I now feel very proud to be associated with a Good school within the community of Wisbech. Thank you to everybody for what you have done and what you continue to do.’

Chair of the Board of the Brooke Weston Trust, Richard Morrison told the staff: ‘The people behind the Trust are altruistic and the aim is for the children to get “tickets for life” … to get to that position where they have a decent life, generate an income, have a family and live in communities that are worth living in. Thank you on behalf of the Trust, Alex de Capell Brooke and George Weston. It is a really remarkable and outstanding achievement.’

Paul Medd, Chief Executive of Fenland District Council, and also a governor at TCA, was unable to attend but passed on his congratulations: ‘Wearing both my FDC and TCA hats I would be grateful if you could pass on my thanks and recognition to those in attendance for all their hard work in helping to achieve the truly fantastic Ofsted inspection outcome.’

Tributes were also paid to Gerwyn Williams, a long-serving DT teacher who will be retiring this year. He said: ‘I have been here since 1985 when it was the Queen’s School. The facilities the students have now are fantastic. We have got a school they can be proud of, so I am leaving it in good hands!’

It was also an opportunity for a group photograph with staff who were former students at the Queen’s School, including Vice Principal Alex Salmon, who has taught at the school for 22 years, including teaching many of the younger teachers who on the staff now!