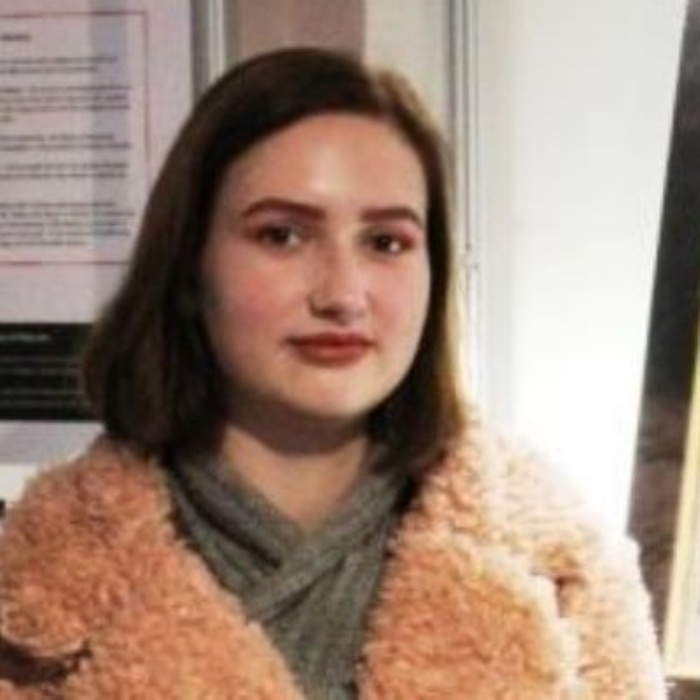 Two students from Thomas Clarkson Academy were nominated for a regional award thanks to their volunteer work at Wisbech and Fenland Museum.

Year 13 student Anna Ivaskevica (pictured above) was part of an exhibition team which won the Outstanding Young Person category in the SHARE Museums East Volunteers Awards.

Anna helped to put together an anti-slavery exhibition which explored both modern-day slavery and campaigner Thomas Clarkson’s role in the historical anti-slavery movement.

Year 10 student Emily Reach was also nominated in the same category after joining the museum as volunteer following a stint as part of her Duke of Edinburgh award.

Anna and fellow curator Gvidas Grikietis were announced as the winners during a virtual online ceremony. They were praised for researching objects and images; developing texts to raise awareness of the history of slavery and how slavery can still be found in several industries; and for helping to bring more people into the museum.

The aim was to raise awareness of the issue and to encourage people to look out for signs of modern-day slavery, something that impressed the judges.

Anna said: 'I was quite shocked when they announced we’d won, considering how many other museums were involved, including a University of Cambridge museum.

'One of the skills it helped me to develop was perseverance, because it took a lot of drafting and re-drafting to get it right. We were also conscious of the language we used when we talked about the history of slavery, to make sure it was sensitive to people of colour.

'It was definitely a worthwhile experience, both in terms of work experience and getting involved with the community.'

Emily, who was recognised for making a strong contribution to the museum, volunteered in April last year for part of her Duke of Edinburgh award.

She enjoyed it so much that she decided to stay on, helping to run arts and informal learning sessions.

Emily was nominated for her enthusiasm for art and the impact that has on the sessions, as well as how she supports young children.

Staff praised Emily for being a reliable, professional and committed volunteer.