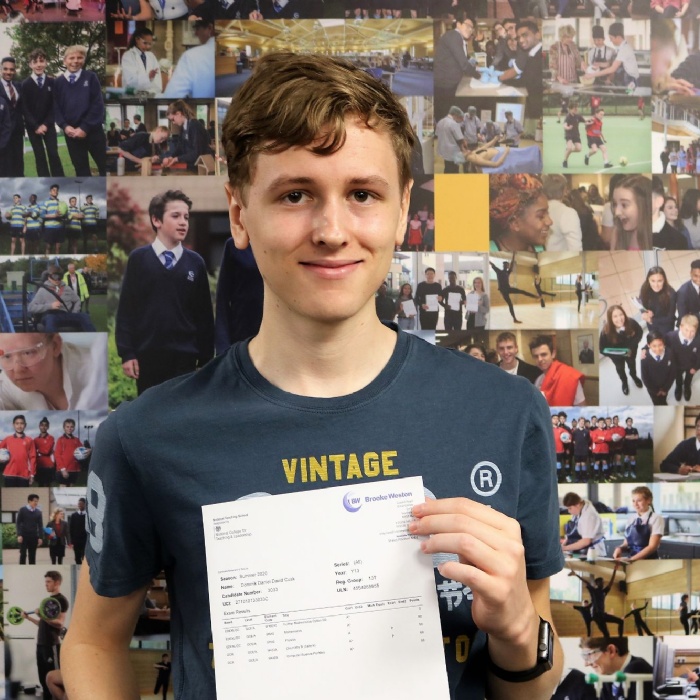 Here’s news of some of the top A Level performers from Brooke Weston Academy and what they are doing next. Dominik Cusk, Emily Brown and Graham Long have all won places at Cambridge after getting top graded results.

He said: ‘Computer science has got everything I like – maths and computers! I like physics, it has got that in there as well and it is the one that interests me the most. Depending on how I get on I might do a Master’s degree and maybe a placement year.

‘I went there on an Open Day and it had a good feel, it was where I wanted to be.. I didn’t go online to find out my results before coming into school but I was optimistic as I had worked consistently hard since Year 12. I am not sure what I want to do after my degree but computer science is such a broad subject that it has lots of applications.’ 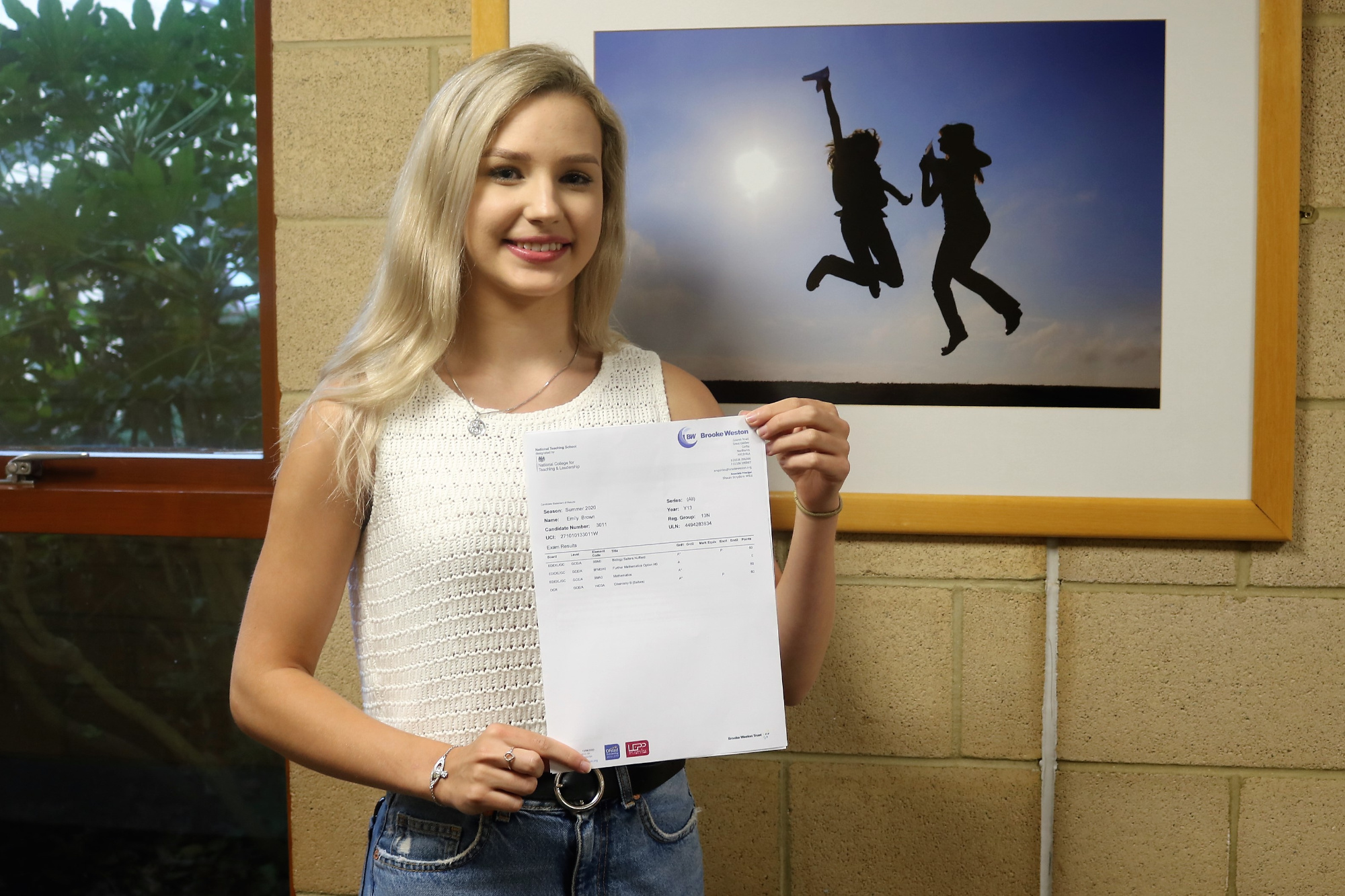 Emily Brown was awarded A*s in biology, chemistry and maths and an A in further maths. She is a champion ballroom dancer and will be taking a gap year to concentrate on that before reading Natural Sciences at Lucy Cavendish College.

She said: ‘I want to focus on my ballroom dancing for a year as, at present, I and my dance partner Scott Wilson are second in the Under 21 category in the UK, so it will be a whole year of training, and  hopefully competing, depending on Covid.

Lucy Cavendish looks like a really good college. The course will start off quite broadly so I will do biology and chemistry modules in the first few years and then specialise more as I move through. I found chemistry most challenging and had to work the hardest at that but also enjoyed it the most as well but I got there in the end! 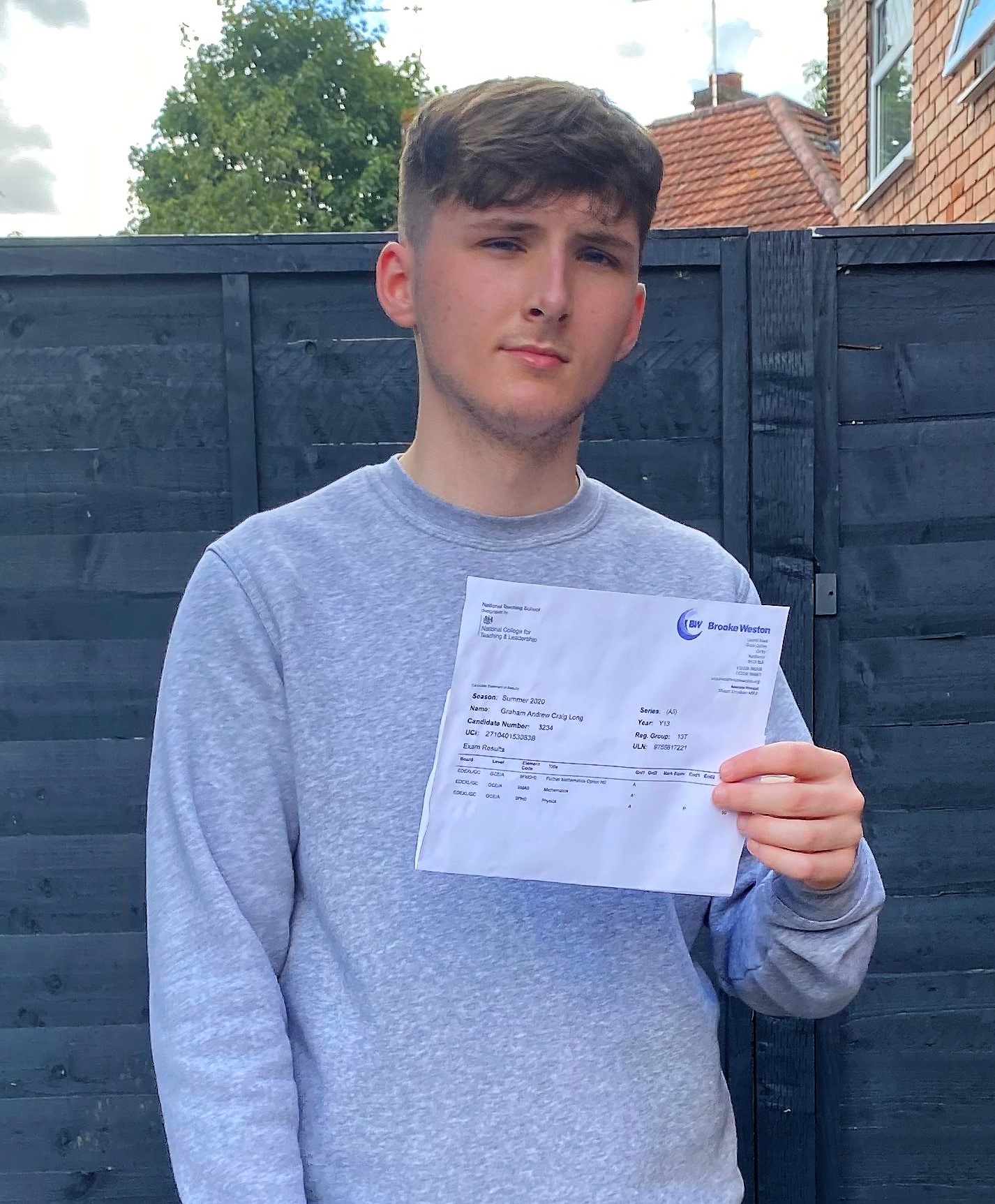 Graham Long had a nail-biting 24 hours to learn that he had got his place at Cambridge after being awarded an A* in  maths and As in further maths and physics. He is going to study economics at Trinity Hall.

He said: ‘I didn’t get my offer initially so I had to wait 24 hours which was scary! I got the email and all I saw was ‘After further consideration we have …’ and that is where it cut off so I was so nervous as it doesn’t sound like a positive statement, so I opened it and it said ‘we have decided to accept your application, congratulations.’ It was a rollercoaster!

‘I have always loved maths and also have an interest in sociology and psychology so economics is a good triangle of those subjects, it brings everything together and is quite broad. Economics can take you to so many places. I am thinking of becoming a data analyst but I am happy to do something that is broad as it gives you a huge range of options. I didn’t really think about applying to Cambridge but as I was doing well in my Sixth Form subjects Mr Gilyead, my physics teacher, asked if I was applying to Cambridge and said I had the grades for it. I have just been at Brooke Weston Academy for the Sixth Form and I came from Lodge Park. It has been good at Brooke Weston Academy, the teaching staff are always there to help.’