More A Level celebrations at BWA! 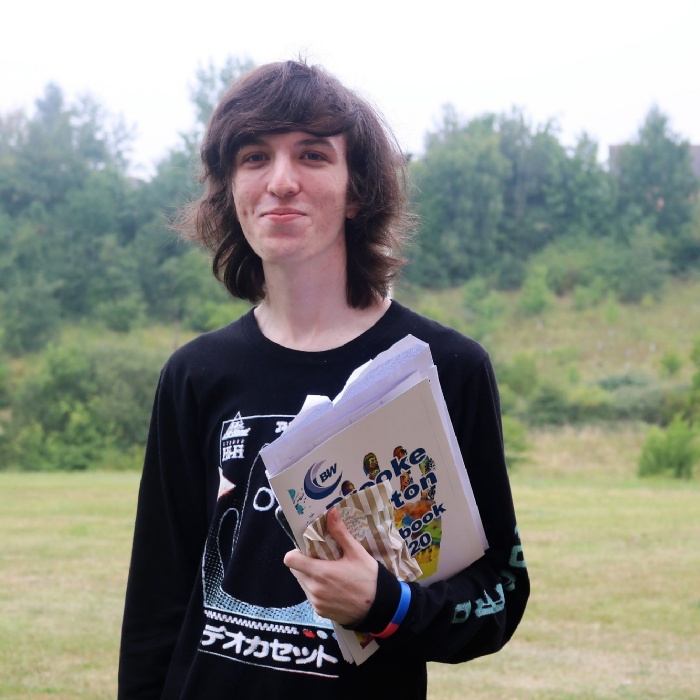 Here’s more stories about some of our top performing students at Brooke Weston Academy.

Kyle Clarke (above) was awarded an A* in maths, A in further maths and Bs in physics and computer science.

He is going to Nottingham University to study computer science. He said: ‘I am very happy. My hope is to do something in games programming but I would be fine with software development as well.’ 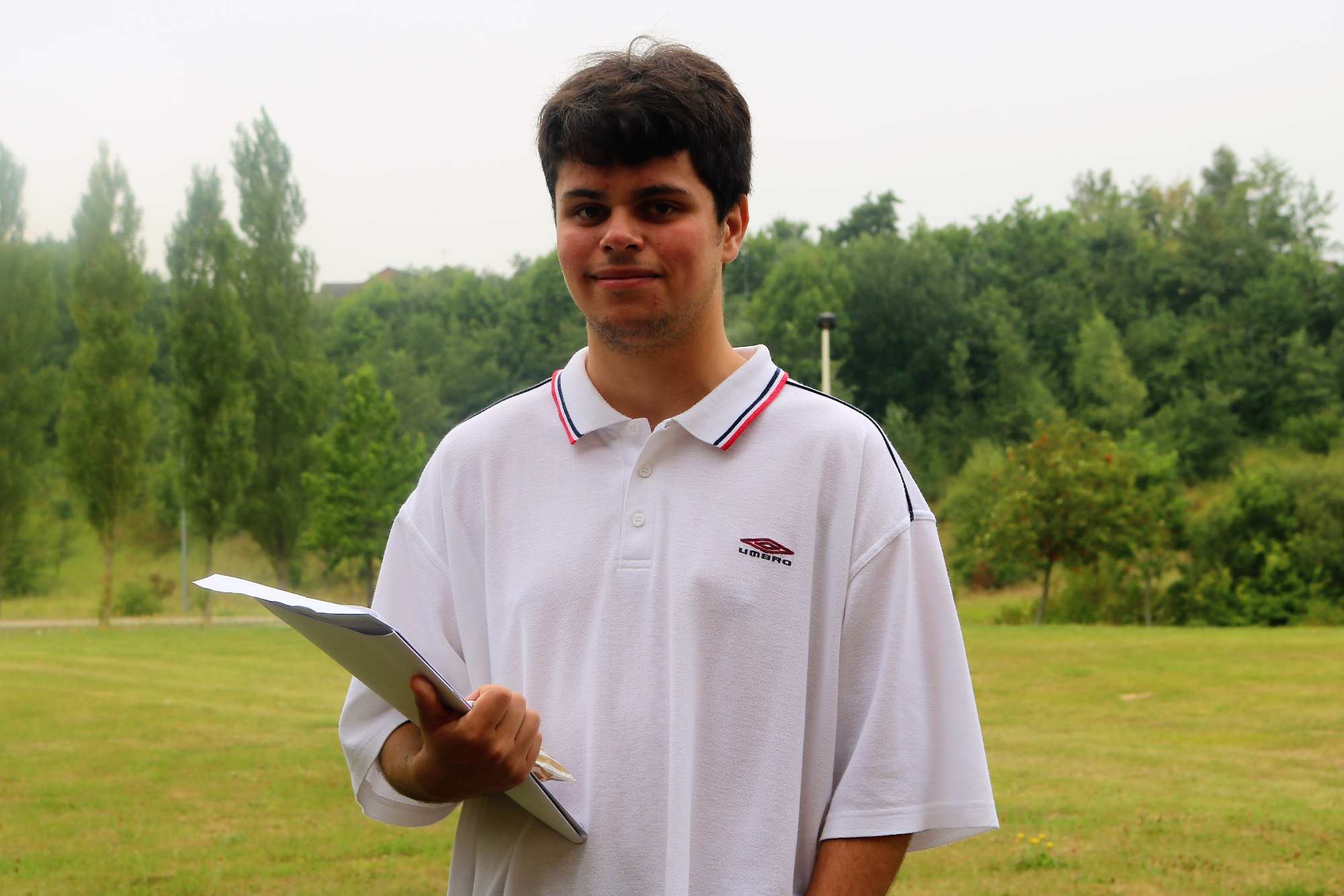 He said: ‘These are the results I wanted. I wanted to go to Leicester because it is quite decent in terms of ranking and it’s close to home. I’d like to go into software development. 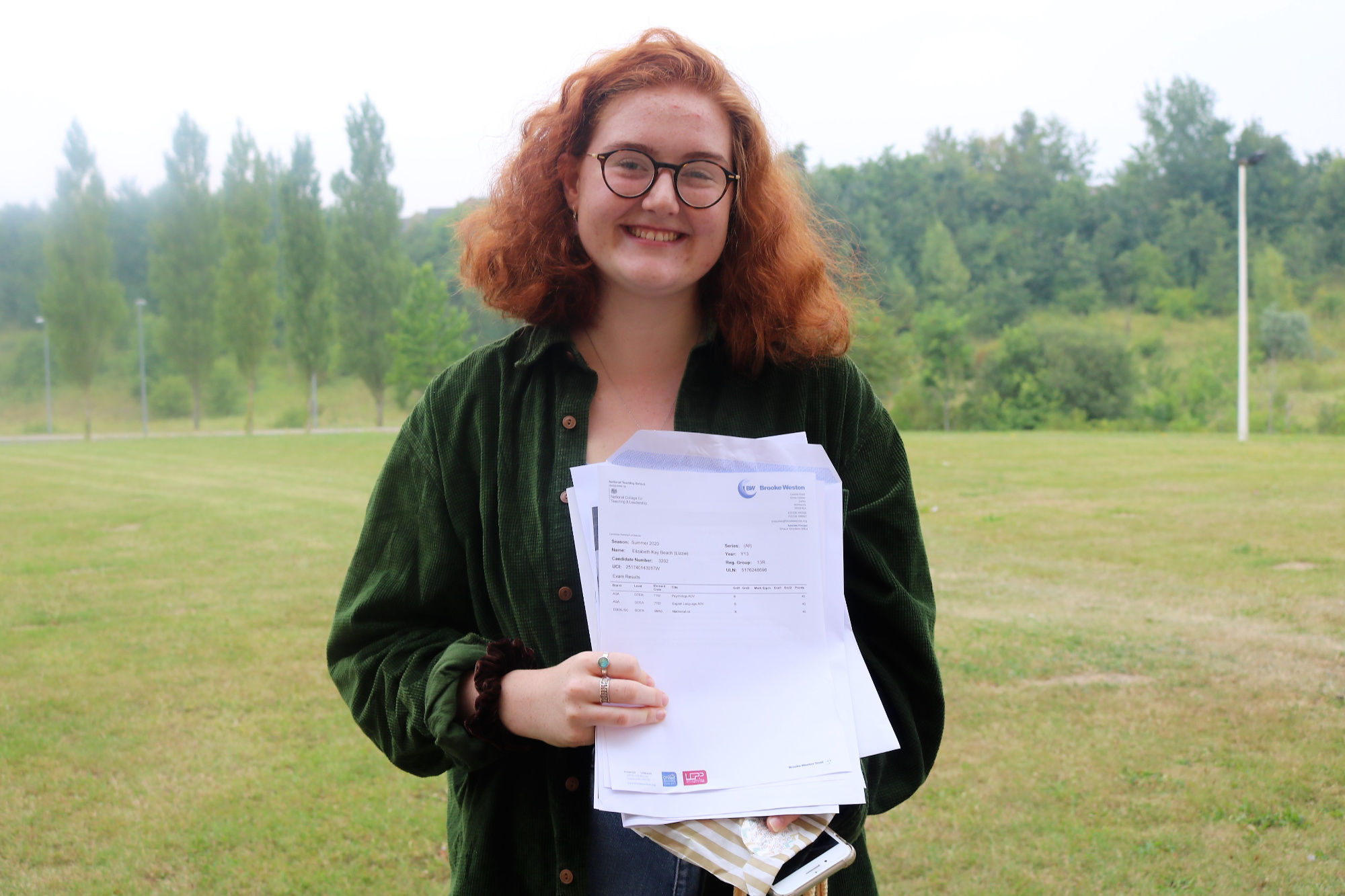 Lizzie Beach was awarded Bs in English language, psychology and maths. She will be studying International Disaster Management and Humanitarian Response at the University of Manchester.

She said: ‘It is about international peace and conflict and learning about international development, politics and geography. It is really interesting, about helping people and makes me really excited. It is the only university doing a course like this and it is a four year course if I do it with a language. I’m glad I got in as I didn’t have a plan B!’ 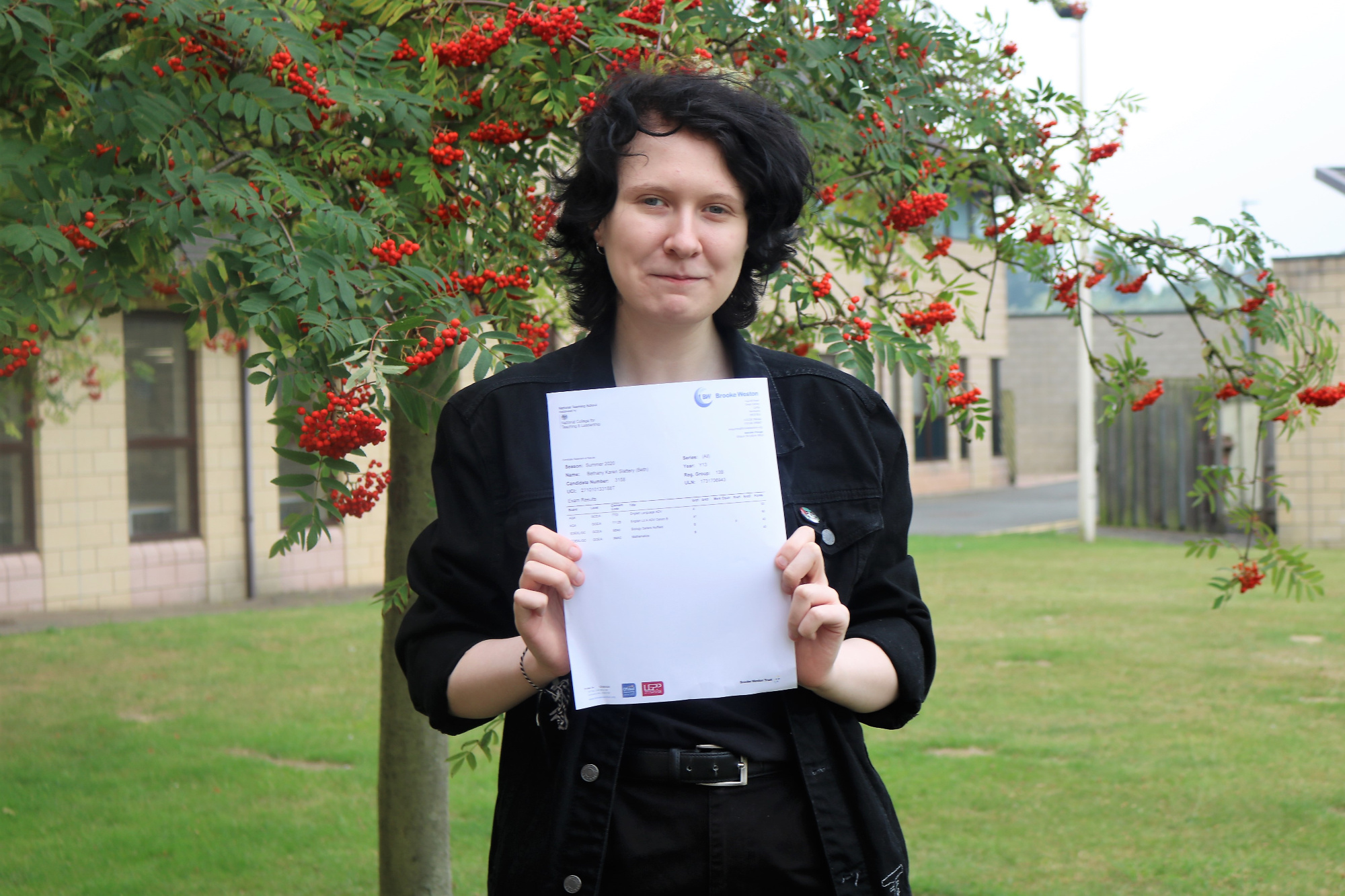 Beth Slattery was awarded an A* in English literature, A in  English language and a B in biology. She is going to study at the University of York.

She said: ‘I want to study English. It is always a subject that I have really enjoyed and it has got a wide application and covers history, science and everything in one go. I want to keep studying English and become a professor in it or find something along the way.’ 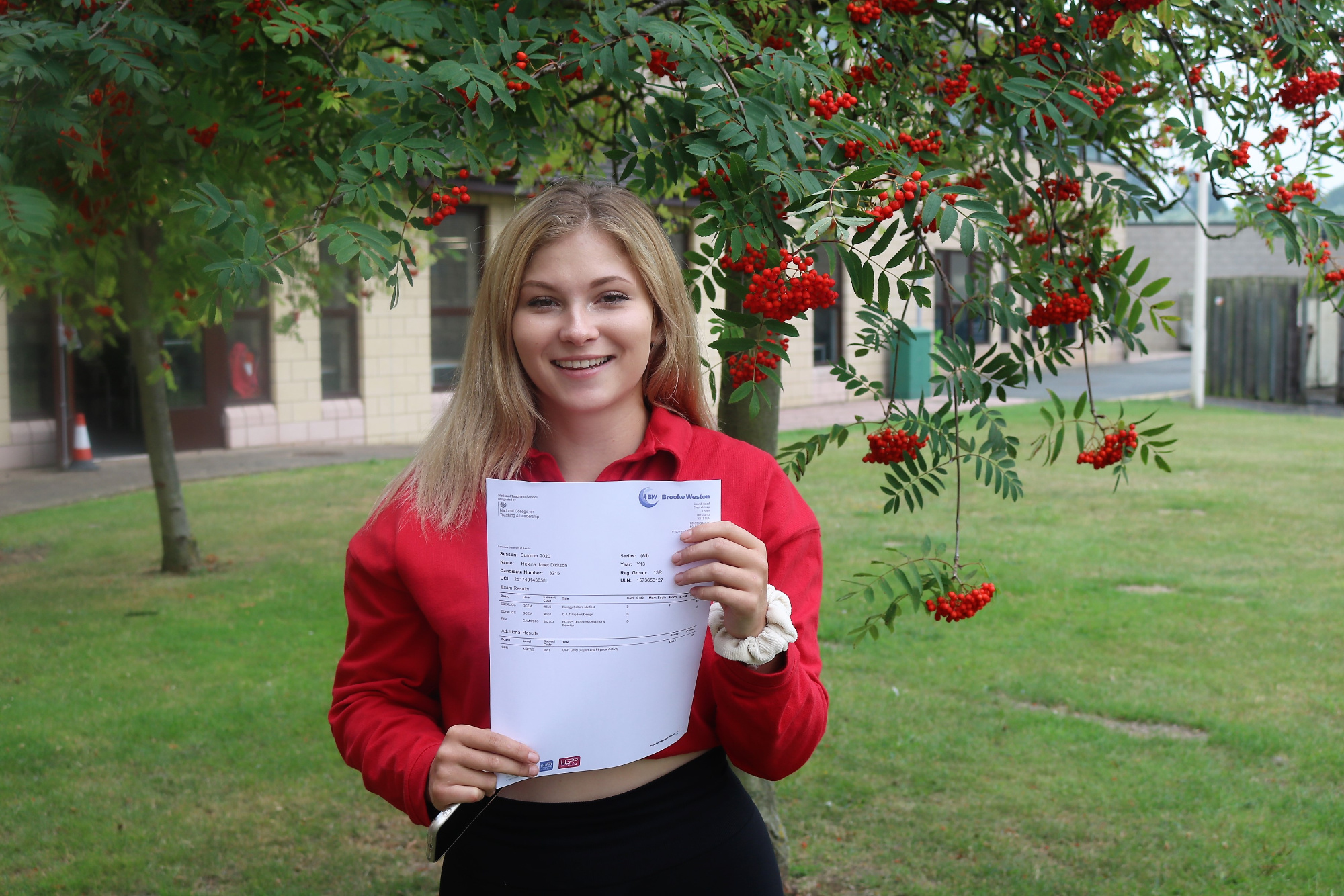 Helena Dickson is going to the University of Nottingham to study Sports and Exercise science after being awarded a rugby scholarship. She was awarded a Distinction * in Sports and Bs in biology and DT at A Level.

She said: ‘A rugby scholarship is really hard to get so you have to be playing at regional or national level and I am playing for East Midlands women’s team. I have been playing for about seven years. I only got into regional when I was 16 and this season as well. You have to play and train with their teams all the time. I am feeling really good about my grades. I would possibly like to teach A Level sports. I didn’t really worry about the results and it only hit me when I was waiting in the line to get them. I didn’t check online beforehand to see whether I had got my place so it was a complete surprise!’