KSA's Bernard Dec is going to study at Cambridge 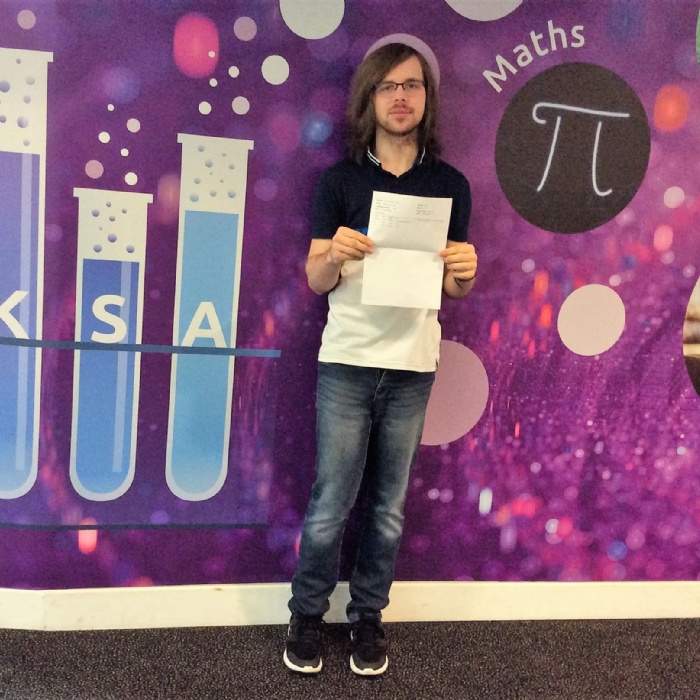 Huge congratulations to Bernard Dec who has won a place at Cambridge after attaining A*s in maths, physics, further maths and chemistry at A Level. He is going to study a four-year Master's degree in engineering at Pembroke College and has a particular interest in nuclear fusion.

Bernard moved to the UK from Poland, and so has attended KSA (both primary and secondary phases) throughout his school career. He was taught English at primary school and credits his teachers with his success.

He said: ‘I enjoy school and putting effort into my studies. My competitiveness is what led me to become a more academically- focused student so KSA’s motto, of Being the Best You Can Be, really does fit me!

‘English isn’t my first language but it is definitely my best language. My primary school (formerly Henry Gotch, then KSA, now Compass Primary) taught me English because there was someone there who taught me every single day. She would come with picture cards to develop my language skills without knowing any Polish herself, so it is because of Kettering Science Academy that I am actually speaking English now!

‘KSA has definitely encouraged me every step of the way, it has provided me with all the support I have needed and inspired me to enter competitions such as the British Physics Olympiad, British Maths Challenge and attend Physics Week at the University of Birmingham. That is what has led me to this point. Without KSA’s and my teachers’ help I definitely wouldn’t be going to Cambridge right now!

‘I have always been good at maths and the sciences so I wanted to put those to a practical use by becoming an engineer. One of the things that inspired me the most was the prospect of being involved in nuclear fusion. Developing that technology would solve a lot of the world’s energy consumption usage straight away.

‘I wanted to go to Pembroke College because ever since Year 9 they have always been posting programmes for schools whose students don’t traditionally attend Cambridge. I attended a masterclass and visited to experience what the campus was like. I also did a Year 12 masterclass where I got to meet a professor of engineering. It is that fact that they have been so outgoing and helped me every step of the way that inspired me to apply there.

‘I have met many of my friends at KSA and the support from my teachers has been great. At KSA I have always felt supported and felt that my teachers would try and help me to get the best grade I possibly could.’