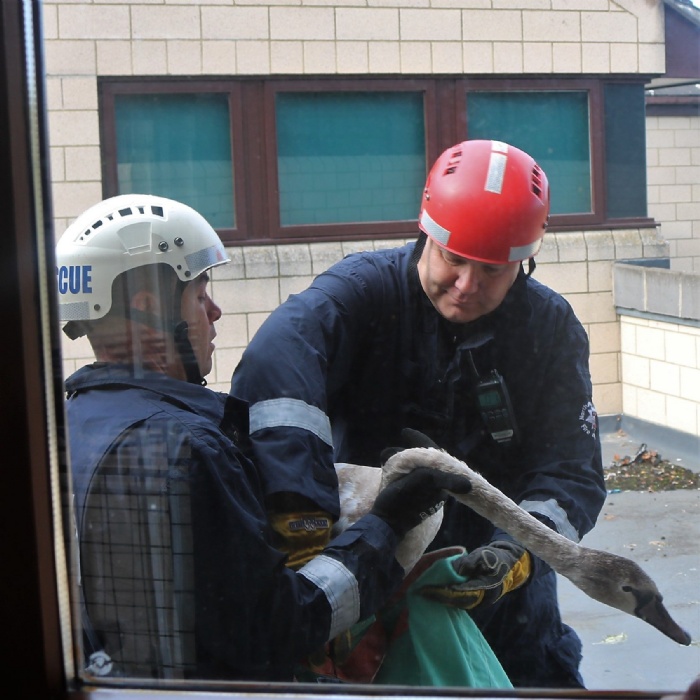 A  fire crew trained in animal rescue techniques safely captured a young swan which was stranded on a flat roof at Brooke Weston Academy.

Red Watch crews from both Corby and Wellingborough attended and assessed the situation before the swan was expertly rescued.

Firefighter Paul Sinclair, driver of the Wellingborough crew, said: ‘Over the years we have rescued a huge selection of animals, ranging from cattle and horses to smaller ones such as cats and iguanas. It is about assessing the situation and getting them out safely, both for us and them. We are all specialist trained and we also do animal husbandry which gets us into the mind of an animal which, when they are in a traumatised state, they are not their usual self, so it can be fight or flight. Fire crews attend quite a few animal rescues per year.’

The swan was kept calm, warm and secure in the fire engine before it was collected by the Animals in Need charity,  based in Little Irchester. Thanks to everyone involved in the rescue. 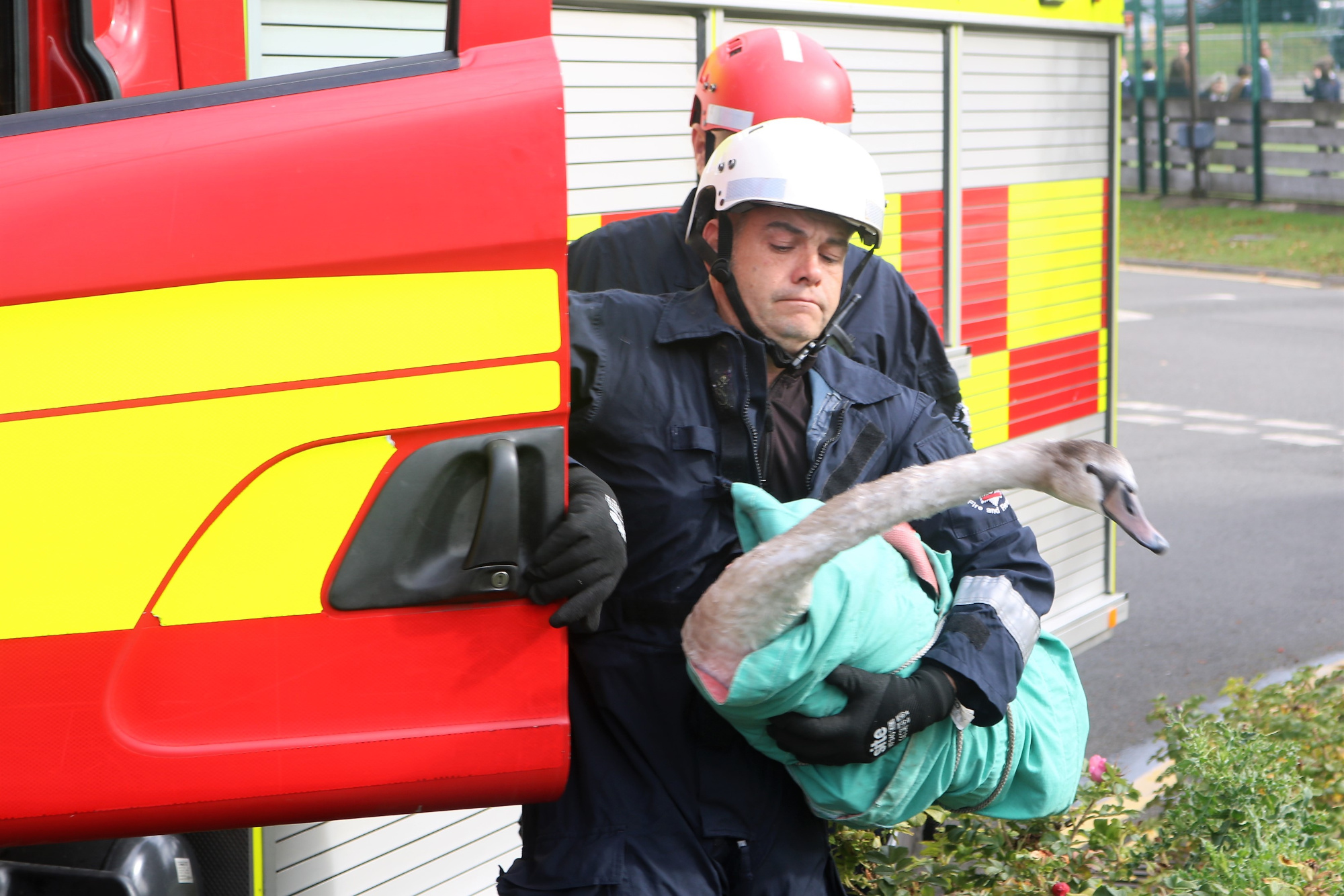