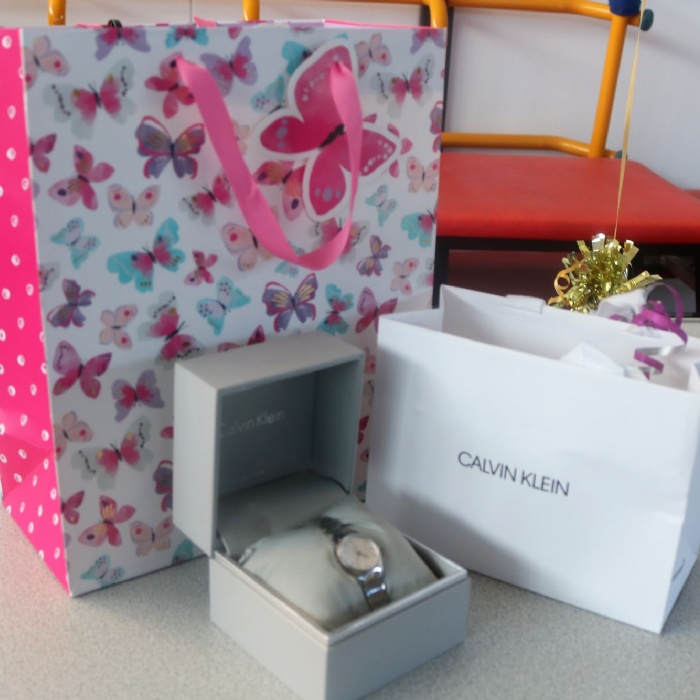 Staff at Beanfield Primary School said a fond farewell to their colleague, Sharon Hannah, who has taken early retirement after 29 years at the school.

Sharon started as a classroom assistant and ended up as Network and IT manager due to her computer skills. She has served under six Headteachers, from Mr Peter Grindrod to current Principal Sam Eathorne, and said that colleagues at the school are like ‘a second family.’

She left at the end of August but returned for a celebration event when Mrs Eathorne showed a presentation showing photographs and accolades from colleagues past and present. Sharon was also given a gift voucher and a watch as tokens of appreciation.

She said: ‘When I first came to school I listened to readers in my daughter’s Year 3 class. I was then asked to come in and work one to one with a student and the rest is history. I became a classroom assistant and then they wanted to computerise the library and someone said “Sharon knows how to work a computer” and that’s how I got that job.’

Her career progressed and she became network manager then senior IT technician. Throughout her time at the school Sharon has worked closely with colleagues, troubleshooting their IT issues and also working closely with the library, particularly as it has relocated several times during her tenure.

She said: ‘I have fond memories of Beanfield and I have worked with a lot of different staff over the 29 years. It is a friendly place to work. That is the best part, there are a lot of people that aren’t just colleagues, they are friends.’

Sharon is now spending more time on leisure activities, sightseeing and looking after her grandchildren.

Mrs Eathorne said: ‘Sharon has been a hugely loved and respected colleague and an integral member of our team for so long. We all wanted to pay tribute to her talents and contribution to life at Beanfield. Her support and technical knowledge was called upon every single day and it was so nice to hold a socially distanced gathering to pay tribute to her with so many messages from colleagues, past and present.’

To see some of the messages to Sharon from her colleagues click  here. 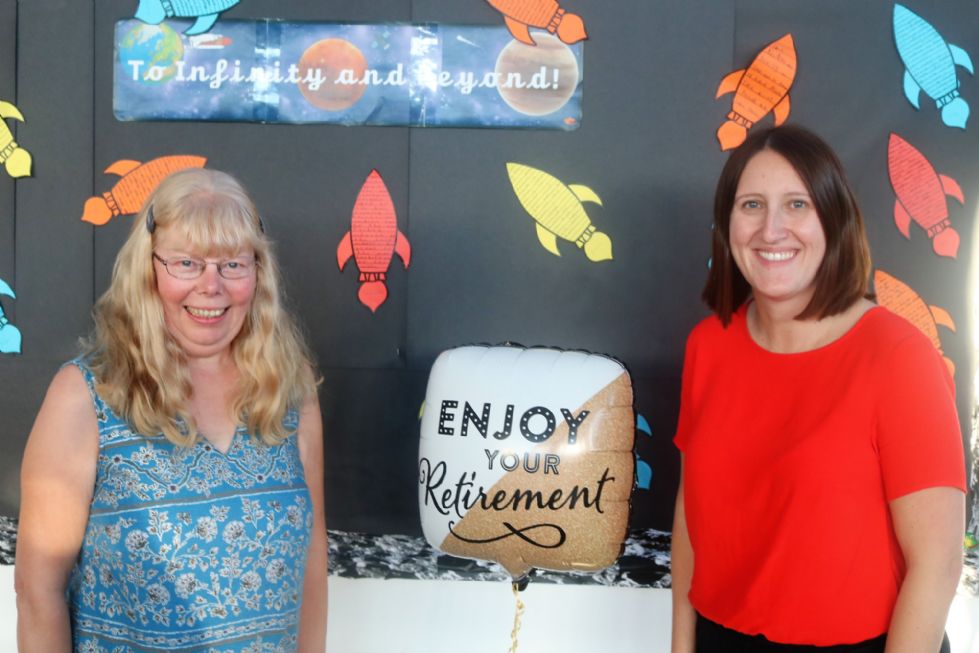