The maths department at Thomas Clarkson Academy has been very busy in recent weeks, with students being offered lots of extra-curricular opportunities to develop their skills in this subject.

It was the first time TCA has taken part in the event and student feedback was very positive, with one student saying that taking part in events such as these can help to increase girls’ confidence in what they are capable of.

In another UKMT challenge, a number of Year 12 and Year 13 students picked up bronze and silver awards after competing in the Senior Challenge. Notable successes included James Youngs, who achieved the highest score in the school and Liam Vingoe, who achieved best in Year.

In celebration of Maths Week England, TCA students were encouraged to take part in a week-long national Times Tables Rock Stars battle. The top three students in each class will be awarded a certificate.

Younger students, in Years 7 and 8, also took part in a maths webinar about prime numbers which was delivered by NRICH, a collaboration between the Faculties of Mathematics and Education at the University of Cambridge.

A number of high ability Year 10 students are also taking part in live webinars from the Advanced Mathematics Support Programme. The first, ‘How much is too much?’ looked at probability and making mathematical decisions, with another, ‘Race to the Top’, scheduled for December 16th.

It gives students the chance to tackle challenges alongside other young people across the country; data is presented to them so they can see other students’ decisions and how they reached their conclusions.

In January, higher ability Year 9 students will take part in an in-school round of Maths Feast, another programme delivered by the Advanced Mathematics Support Programme. Maths Feast is a fun educational challenge which tests problem-solving and teamwork skills. Teams of four students test their maths skills with an all-you-can-eat feast of problems. There are several rounds requiring different skills and strategies for success.

The event is normally targeted at Year 10s but it is hoped by offering it to Year 9, it will help develop their experience and skills, and they may go on to represent the academy on the official Year 10 Maths Feast. 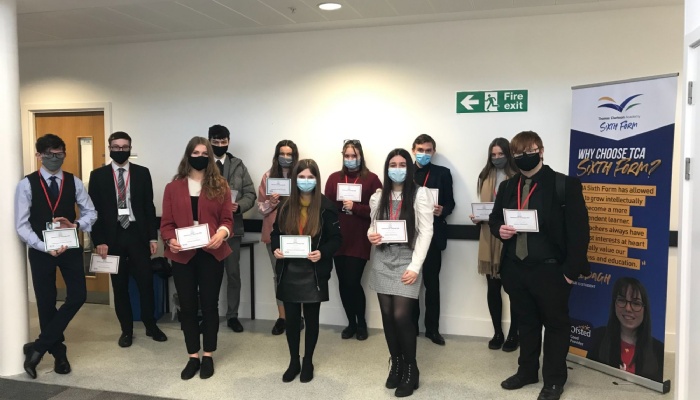