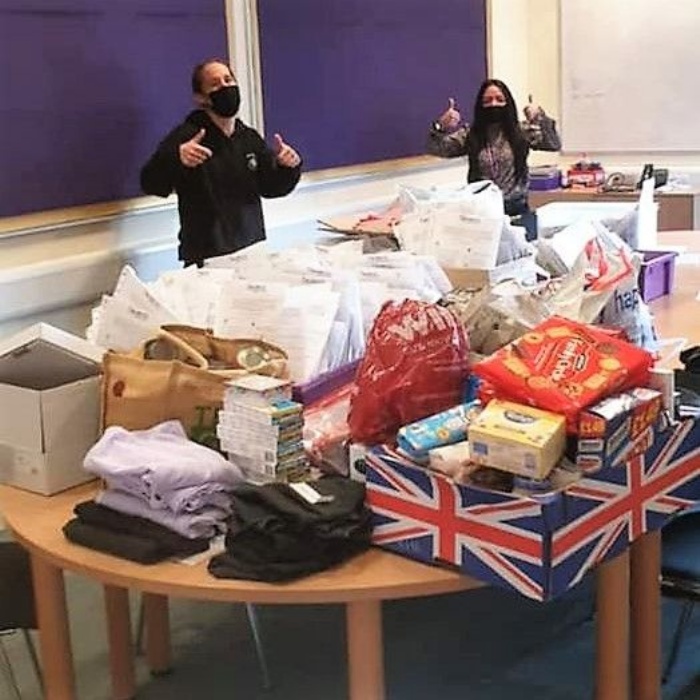 The team at Compass Primary School has distributed lockdown essentials including stationery, food and uniform to its families to help during lockdown.

The initiative, which took place on Friday, was advertised via social media and it proved a hugely popular post, viewed by nearly 17,000 people and shared 172 times, including by the Kettering Labour Party, Homestart and Morrisons.

The school made up packs including paper, pens, food, sanitary items and welfare leaflets which were given to parents at convenient points so families could go and pick up items that they needed.

The huge consignment of goods was organised by Mrs Scott and Mrs Mair (pictured above) at the school before teachers Mrs Andrews, Miss Layram and Mr Byrne delivered them at nine stops around the town. During the drop off the school updated its social media feeds to let parents know when to expect the minibus to arrive.

Wellbeing officer Fran Dunn said: ‘After we posted about it online the response exploded and it was widely publicised in the town. It came about because the school staff were discussing getting resources to families and this was a great way of distributing items to local areas while adhering to social distancing measures.

‘We looked at where our families lived as we wanted to place the pickup locations at convenient places within walking distance of their homes. Parents have been in touch to ask for specific items as well so those were on the bus as well.’

It was a really successful initiative as the team distributed hundreds of items to over 70 families at nine stops along the route. 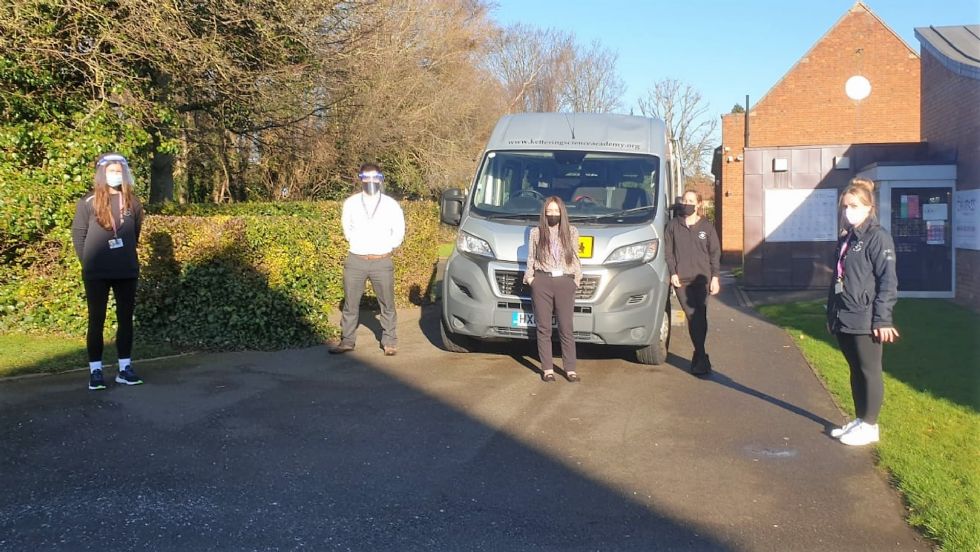