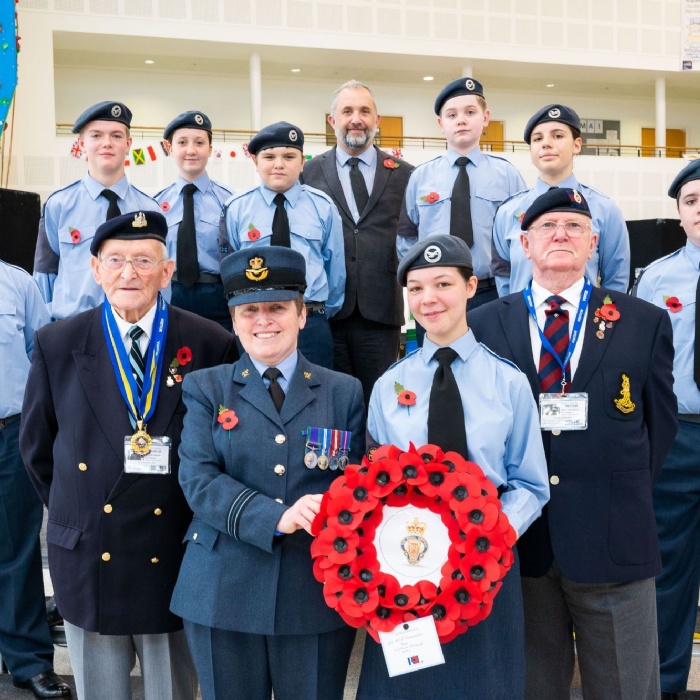 Students and staff across Brooke Weston Trust schools paid their respects to those who lost their lives during special services and initiatives to commemorate Remembrance Day.

Earlier in the week, cadets from all of our Northamptonshire schools, joined Corby Business Academy to participate in a Combined Cadet Force (CCF), Remembrance Parade. Andrew Campbell, CEO of Brooke Weston Trust, attended the event and our newest recruits were presented with half-star badges in recognition of their services with the cadets so far.

Other activities included a Remembrance assembly held at Brooke Weston Academy. Students who are part of The Brooke Weston Trust Combined Cadet Force led the assembly with a special presentation about the importance of Remembrance Day and why we wear the poppy as a mark of respect. Staff and students observed a minute’s silence as the poignant tune The Last Post was played while the cadets stood to attention and saluted.

The courage and sacrifice of those who served their countries were also acknowledged with a special mention made to Lance Corporal James Ashworth, from Corby, who was 23 years old when he died in the line of duty. His conduct in putting himself in front to protect his colleagues was rewarded with the Victoria Cross (VC), the first award of honour given since 2006. 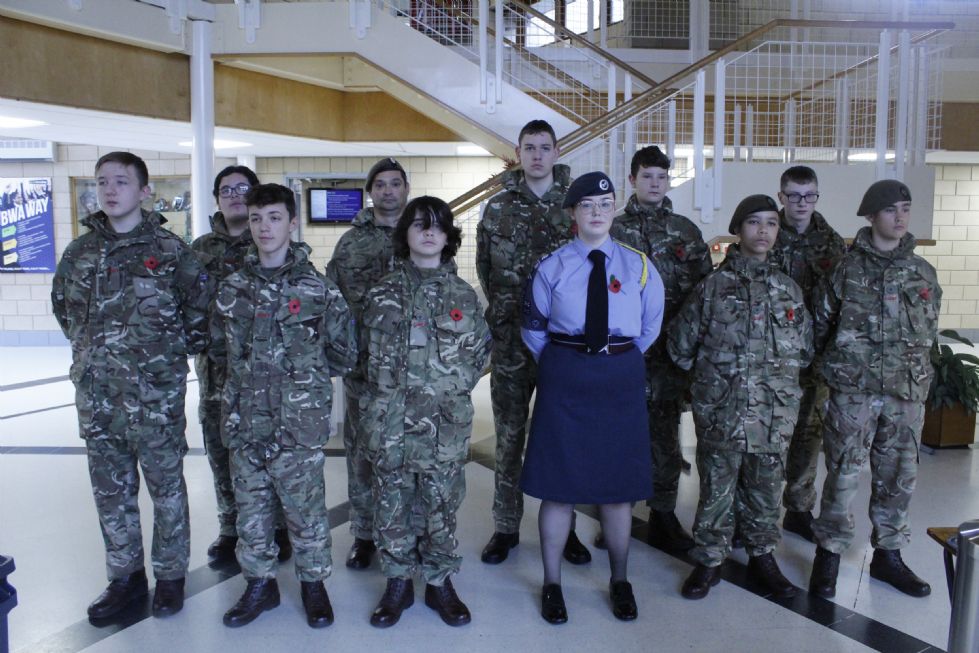 At Thomas Clarkson Academy, students and staff were able to gather together as a whole school on Friday morning to mark Armistice Day with a special service.

It has been three years since everyone was able to join the event, which was led by Principal Richard Scott. He said: “It was wonderful to be able to have the whole academy together for such a special event. We have missed the annual service and hope it has prompted our students to ask questions and learn more about Armistice Day and what it means.”

The service included a reading from Assistant Principal, Jon Siracusano who read a touching tribute written by Brooke Scott, a student at the school whose dad Lee died in Afghanistan while serving in the army. Brooke’s mum Nikki founded the charity ‘Scotty’s Little Soldiers’ which helps the children and families of those who have died while serving the country. 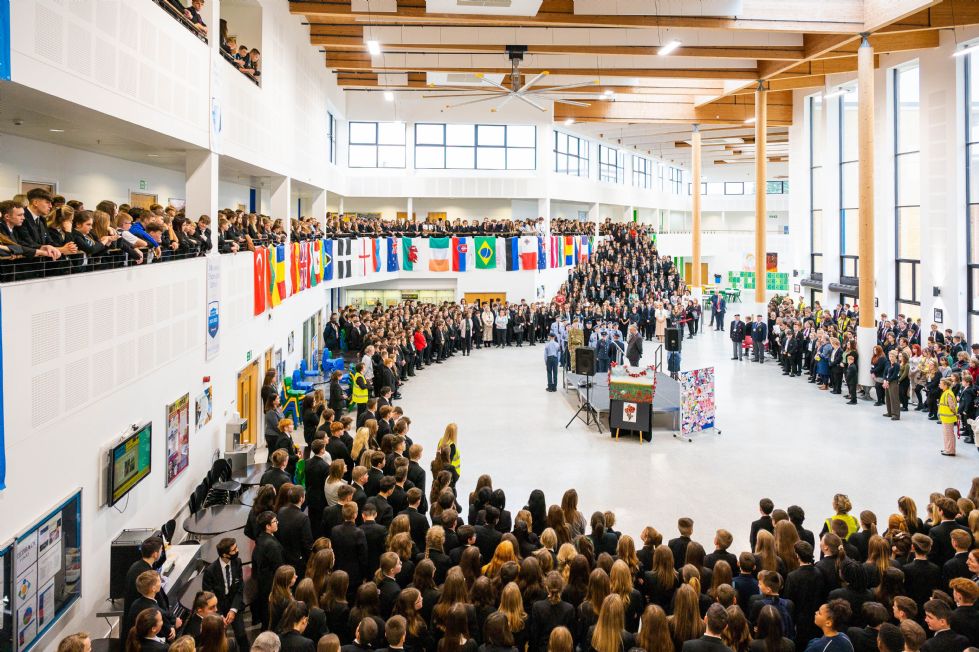 At Kettering Science Academy, Tony Segalini, Principal at the school led six assemblies, one to each year group on the importance of Remembrance Day. Students learnt more about the Pals Battalions, the awful casualties at the Battle of Somme and remembered those from the UK and across the Commonwealth who gave their lives for our freedom. 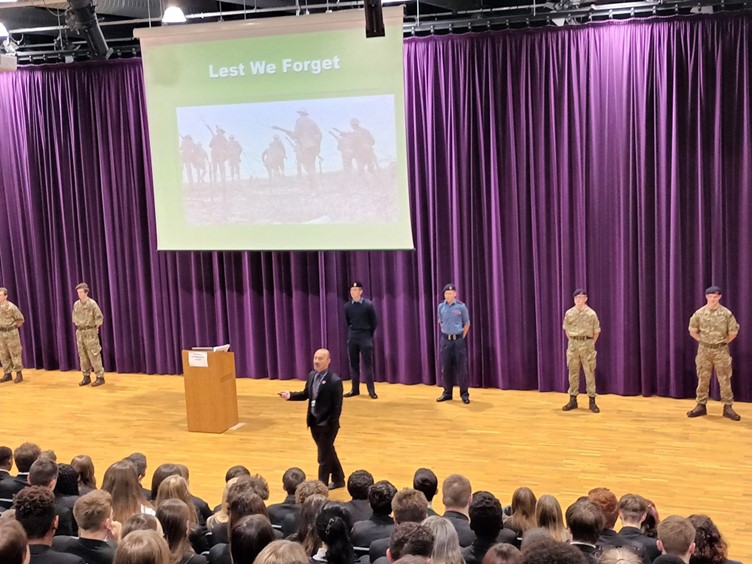 Students at Corby Technical School held a special assembly which was streamed live to all tutor rooms. This was led by the school’s CCF students who read poetry by Laurence Binyon and John McCrae and observed a two-minute silence following The Last Post. Students then spent time in their tutor groups learning about the significance of Armistice Day and listening to Nimrod by Edward Elgar, which is played at the cenotaph every year. 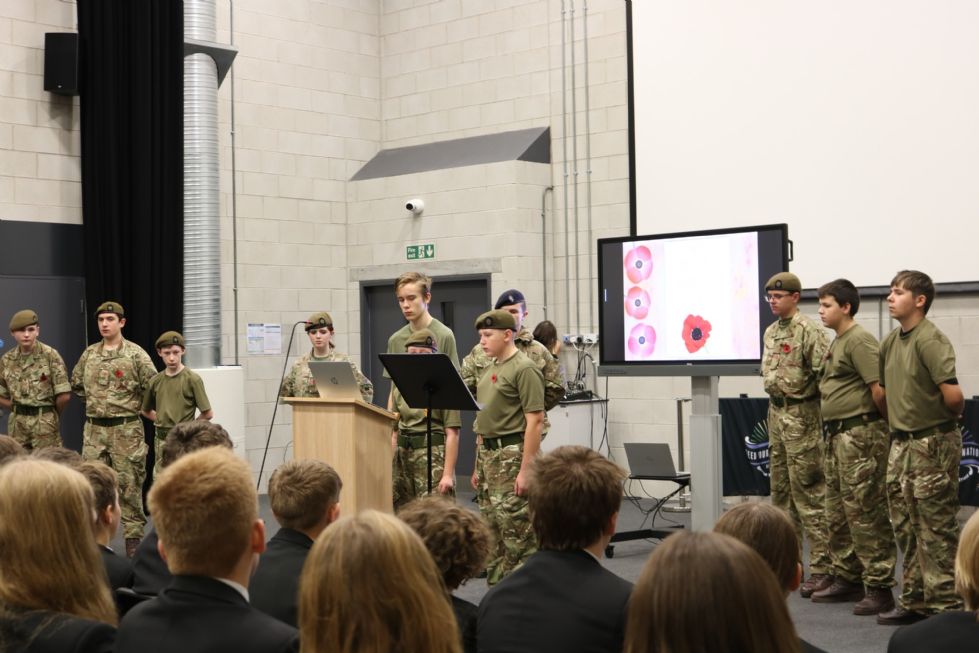 At Beanfield Primary School, children who attend various organisations such as Scouts, Rainbows and St John’s Ambulance took pride in participating in Remembrance assemblies. The respect of all the children was highlighted throughout the morning and filled staff with a huge amount of pride. 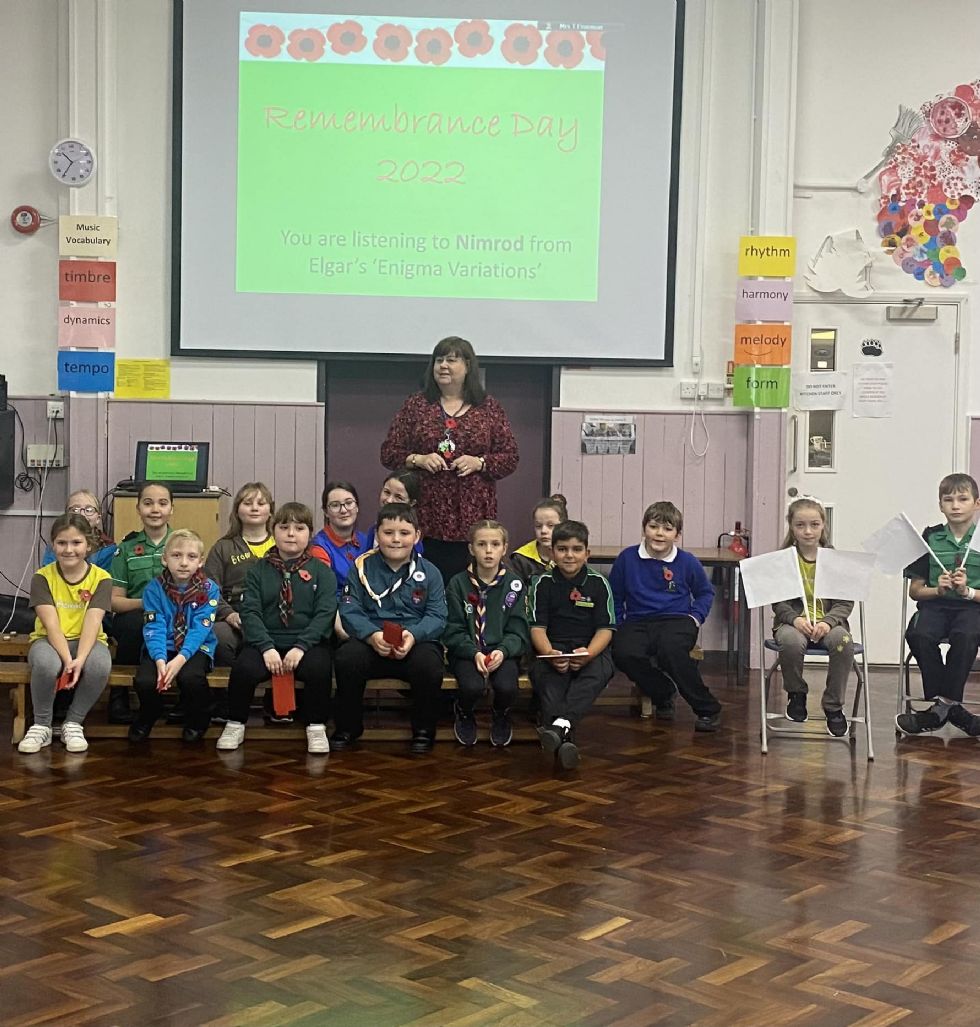 As part of Gretton Primary School’s annual traditions, the school participated in a fundraising initiative for the Royal British Legion. Donations to the Poppy Appeal helps provide ongoing vital support to the Armed Forces community, ensuring their unique contribution is never forgotten.

Staff and students at Peckover Primary School all came together for a Remembrance service to remember lost ones. Children at the school all made their poppies which they proudly wore throughout the service and also included a rendition of The Last Post which was played by Mrs Tombleson, with representatives from 15th Wisbech Scout Group attending the service to act as flagbearers. 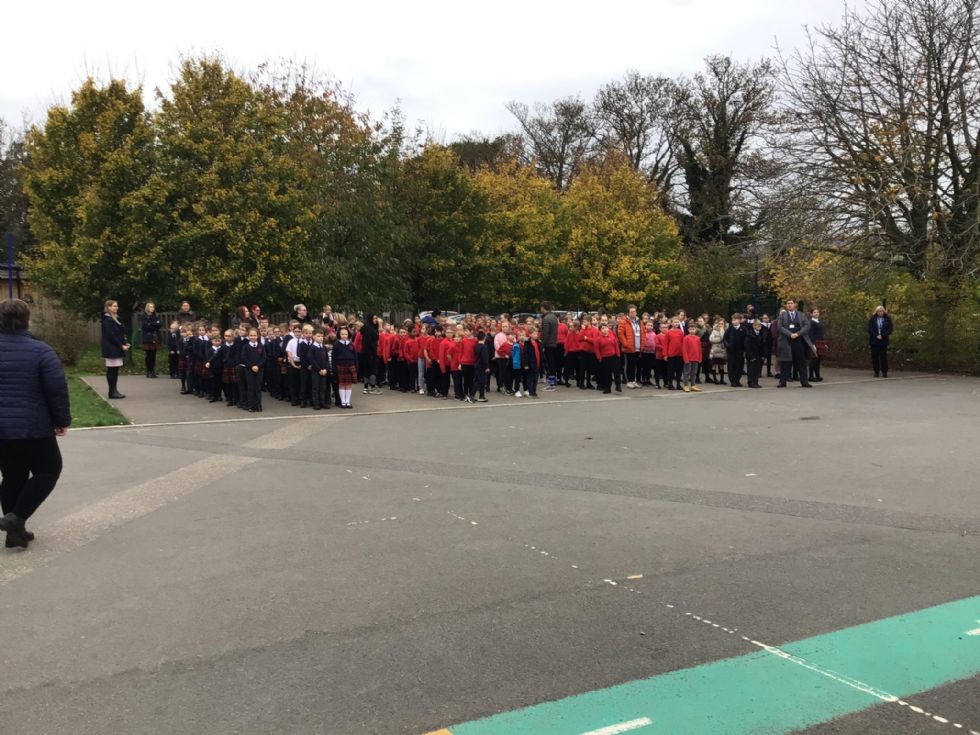 At Compass Primary Academy, the school also held a Remembrance assembly and a two-minute silence to remember and honour those who lost their lives in World War 1 and the following conflicts. The school invited all children who are in the Girlguiding or Scouting movements to come to school wearing their Rainbow, Brownie, Guide, Beavers, Cub or Scout uniform to act as representatives from their local community groups.