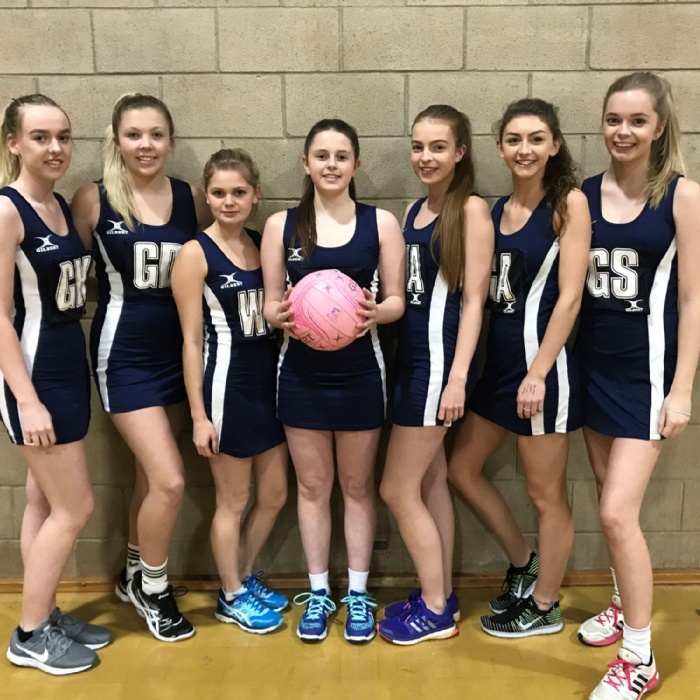 Congratulations to Brooke Weston Academy's senior netball team who defended their title as District Champions and won the title again.

They comfortably went through the early rounds, scoring 41 goals and only conceding six, beofre playing in a tough final against Bishop Stopford School. The BWA team demonstrated accomplished playing skills to achieve an 8-all draw at full time. After being given five minutes extra time with no winner the decision was made to award the title to the team with the biggest goal score. Bishop Stopford’s team had scored 35 goals in total in their early games and conceded seven meaning that Brooke Weston Academy emerged as the winners and retained their District Champions status.

Their success did not stop there as earlier in the day they also played in the County Plate competition, seeking qualification to the County Cup. The girls played some exceptional netball and saw off all but one of the schools by convincing margins. The final match of the day, against Northampton School for Boys, saw the team 4-3 ahead at half time, but unfortunately they could not hold on to the lead and the eventual score was 4-5.

As runners up the team has qualified for the next stage of the competition and will compete in the Cup next month.

P.E. teacher Ms Sarah Van Nierop said ‘The girls played with true grit and determination all day.  Their exceptional skill level and positive team spirit led them to play some outstanding netball.  Confident shooting, accurate feeding and tight defending all the way down the court meant the girls were consistently outmanoeuvring the opposition.’