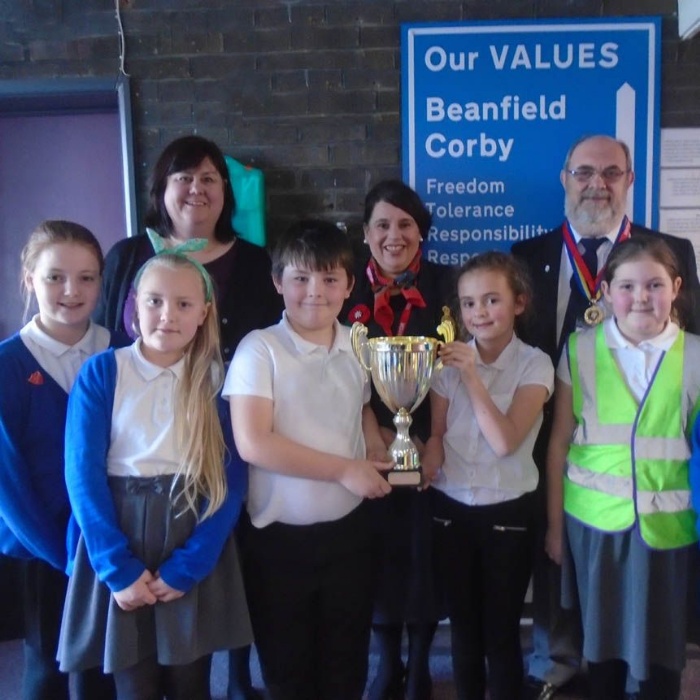 Students at Beanfield Primary School were presented with an engraved trophy by the Chairman of  Corby's Royal British Legion as they collected nearly £800 for the Poppy Appeal, the largest amount raised by any of 25 local schools.

Both the Chair and Vice Chair of the CRBL were extremely impressed with Beanfield's efforts in fundraising, which raised £773.98. Chairman Gareth Price said, ‘We are presenting Beanfield with a cup for collecting the most money for Poppy Appeal 2017 out of the 25 local Corby schools who took part in the appeal.'

Vice Chair  Liz Harries said, ‘The Corby Royal British Legion feel that Beanfield, like us, are just one big family.  If you reach for the stars you get stars, but if you reach for the moon, you get it and the stars thrown in too! Beanfield are all stars!  Please carry on shining bright.’

Year 5 teacher Mrs Freeman said, ‘Every year we collect for the Poppy Appeal and every year, we try very hard to improve on the amount we raise for this well deserved charity.  Beanfield outdid themselves in November and I am so proud of how selfless our children have been in their support of the appeal. I would particularly like to thank the efforts of the Year 5 children who helped to sell poppy merchandise and collect donations  in the weeks leading up to Remembrance.' 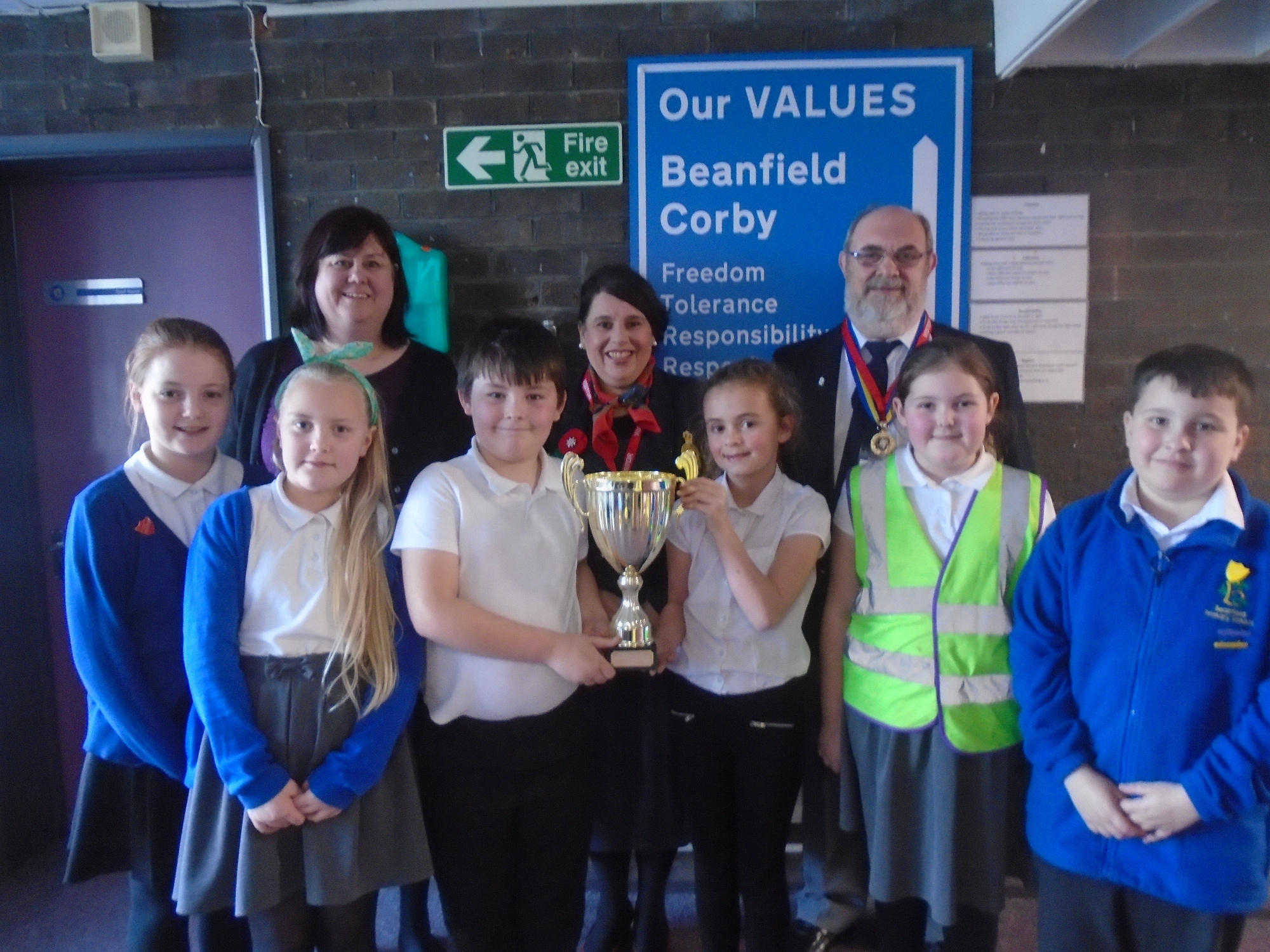