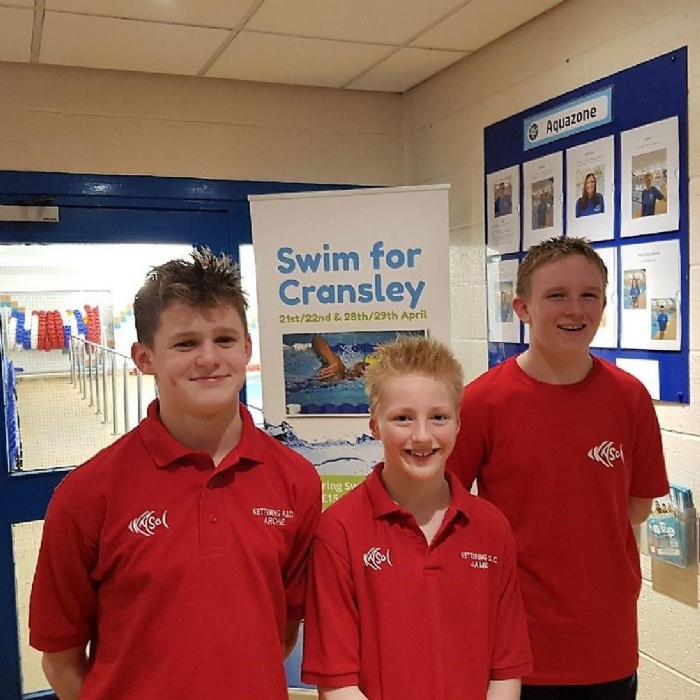 Well done to Brooke Weston Academy students James Annable, Samuel Ward and Archie Robertson-Smith, who were part of two teams that were sponsored to swim as many lengths of Kettering swimming pool as possible in an hour.

The Silver team completed 205 lengths whilst the Bronze team swam 201 lengths in an hour, taking, on average, less than 18 seconds per length! The teams have currently raised around £1,800 for Cransley Hospice with money still coming in. Well done James, Samuel and Archie!