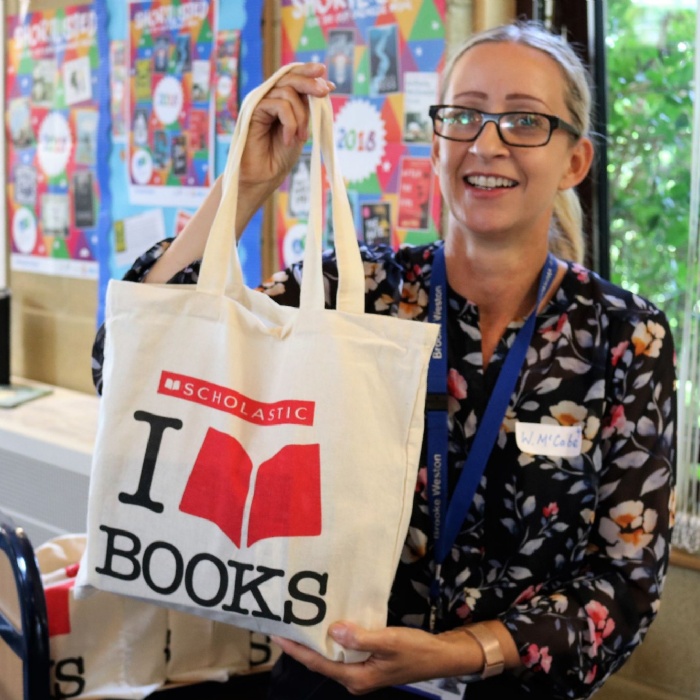 Around 70 students from Trust and local schools took part in a shadowing event at Brooke Weston Academy, voting for their favourite books in this year’s Carnegie and Greenaway Awards.

The prestigious book awards are hotly contested each year as they promote some of the best and most innovative young adult literature and illustrated books that have been recently published. Students have read the shortlisted titles over the past few months and met up to discuss them, and lobby for votes during a ‘book push’ when they talked about the different features of their favourite books.

Students from Brooke Weston Academy, Corby Business Academy, Corby Technical School, Kettering Science Academy , Beanfield Primary Academy and Woodnewton - A Learning Community, all took part in the event, organised by Ms Wendy McCabe, Brooke Weston Academy’s librarian. She handed out goody bags of books to prize-winners and those who put forward the best argument in the book push.  The event ended when students voted for their favourites, with Thornhill being the BWT runaway winner in the Greenaway category while The Hate U Give won the Carnegie for best novel.

Ms McCabe said: ‘The Carnegie/Greenaway book shadowing is regarded as one of the main national reading for pleasure initiatives. The shadowing scheme engages children and young people in reading the books on the shortlist via reading groups held in school prior to the results being announced. Each year we have more people involved in the shadowing and it has been great to welcome so many students from across the Trust and local schools to take part in these collaborative activities and debates. The students spoke eloquently about their favourite books and it will be interesting to see whether the books that won today will clinch the official titles, which are announced on Monday.’

To see more photos from the event, click here.