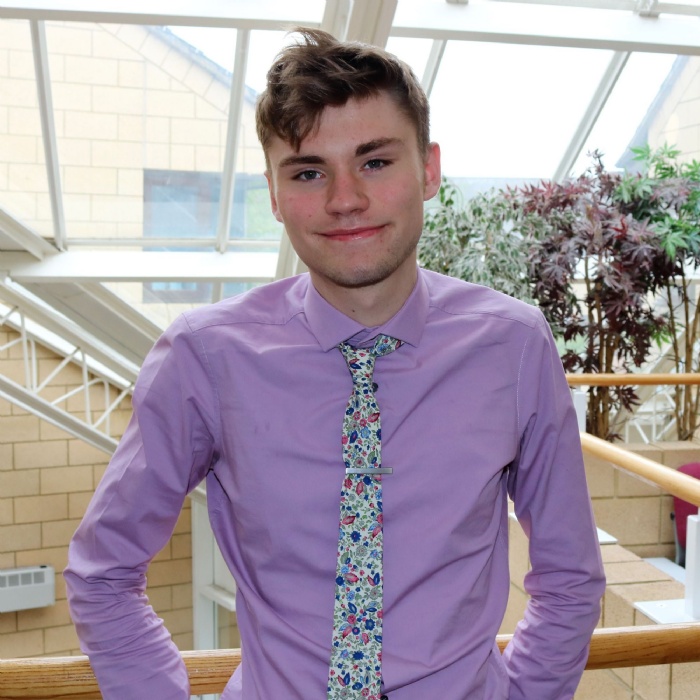 Brooke Weston Sixth Former Jack Lewin is having work experience of a lifetime on the set of Coronation Street in Manchester. Jack’s association with the programme began when he started building Lego models based on the soap’s storyline and uploading the films to YouTube.

His mini films quickly got a following and came to the attention of the Coronation Street bosses, so Jack was invited up to the set to meet the actors, directors and see behind the scenes of the iconic programme.

He was also commissioned to build a mini tableau of a soap scene by John Whiston, the creative director of ITV’s serial dramas. That led to an invitation to talk about career opportunities. The date coincided with the press launch of the set’s new extension, so Jack went along to that, and was also offered the chance of a work experience placement.

Jack, who is studying Spanish, media and geography, is hoping for a career in the media industry and so this opportunity will allow him a rare insight into the different specialisms and job roles available.

He said: ‘I might be shadowing some of the directors and watching them film and put scenes together or be working in the artistic department. I am really looking forward to it.

Jack is still making his films: ‘I have just finished one, a massive explosion in the street, and think it might be my best yet. I do  my films about once a year now but I put quite a lot of effort into them.

‘I really want to go into the media industry but am not sure about what department or area so this placement will give me an insight and see whether it is the right industry for me. The best way of getting into the industry is working your way up because most of the top directors started off as a runner on set.’