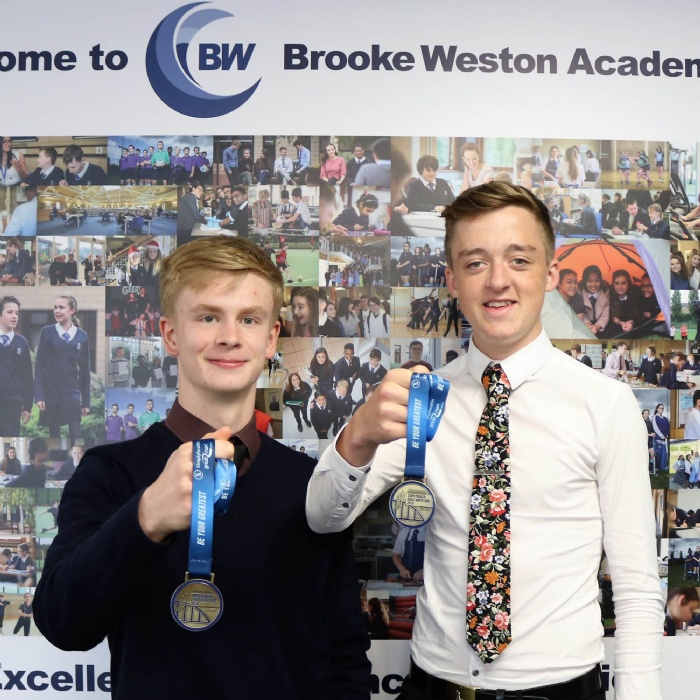 Congratulation to BWA Sixth Formers, Stuart Bryce and Matthew McCormick, who both completed the Great North Run raising hundreds of pounds for charity. It was the first time that they had taken part in an official marathon as they had to wait until they were 17 to compete.

Matthew, who is studying maths, physics and geography, said: ‘I have been running for a very long time, it is a hobby. I just run for pleasure and I entered the race as I thought I might as well have something to aim for. The Great North Run is the biggest half marathon in the world so we thought that would be a good one to start with. We did our own preparation and training. I did a bit more training that Stuart, did but it could have been more! I signed up to do another half marathon in about a month’s time and I’m going to properly train for that!

‘ It is quite hard to get good times at the Great North Run because it is known to be a really slow course because it is hilly and there’s loads of people - 57,000 people took part! There’s a really good atmosphere and I completed it in an hour and 56, which I am happy with. It was hot and humid but there were lots of water stops and vapour showers and one woman was spraying runners with a hosepipe.

I raised just over £700 in total and half will go to the Teenage Cancer Trust and the other half will go towards my trip to Cambodia with the school next summer. I am planning to do a marathon in Hamburg with my uncle next year so that will be a massive step up in training. I usually run before school and it is good for stress relief.’

Stuart, who is studying sport, design and business, with plans to become a PE teacher, said: ‘I used to do triathlons so I got into running through that. I raised around £300 for Integrated Cancer Therapies, which is a local charity.

‘It was a real experience doing the Great North Run and the Red Arrows went over which was a really good adrenalin rush. I am not planning to do a marathon anytime soon but might train up to do that distance, maybe in four or five years. Running is painful but relaxing and we will definitely do a half marathon again. Running is a hobby for life.’