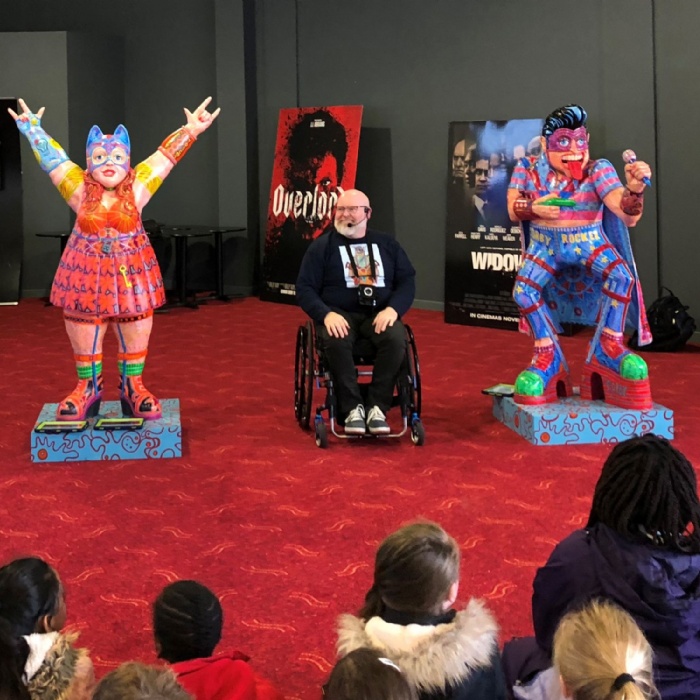 Students from Oakley Vale Primary School experienced the amazing interactive work of disabled artis Jason Wilsher-Mills, at the premiere of a film screening, featuring a community project they had been involved in.

Mr Wilsher-Mills, has worked with disabled groups and schools on the Corby Totems project, which used digital art, augmented reality, music and sculpture to tell the stories of two groups of adults with learning difficulties. The project was featured in a film that was shown at the Savoy, alongside two large scale statues that were brought to life using digital imagery, augmented reality and music.

Teacher Steph Cross said: ‘Mr Wilsher-Mills came into school and worked with our students to create their own superhero, using iPads, to highlight the issue of disability.  A film was commissioned about the whole project and, because they had taken part the students were invited to the film premiere at Corby Savoy.

Our students saw their own special screening of the film and the augmented reality techniques used  were amazing to watch and meant that there were images of the Dr Who tardis, pizza and cornettos floating in the background. It was amazing to watch.

Our students learned a lot about the people he worked with and the disabilities they had, and they realised that not all disabilities are visible. The premiere was quite eye opening for them and they came up with some really original artwork which is going to be mounted and displayed at Corby’s Rooftop Art gallery in January. The project should also mean that we can get an Artsmark Award as well.’

Mr Wilsher-Mills said: ‘Corby Totems is a truly unique project, as it places those in the community, who do not have a voice, right at its centre, using digital art, music, cutting edge augmented reality and sculpture, to tell the stories of two groups of adults with learning disabilities. I not only wanted to make something which was beautiful to look at, but be a focal point for raising awareness about disability. 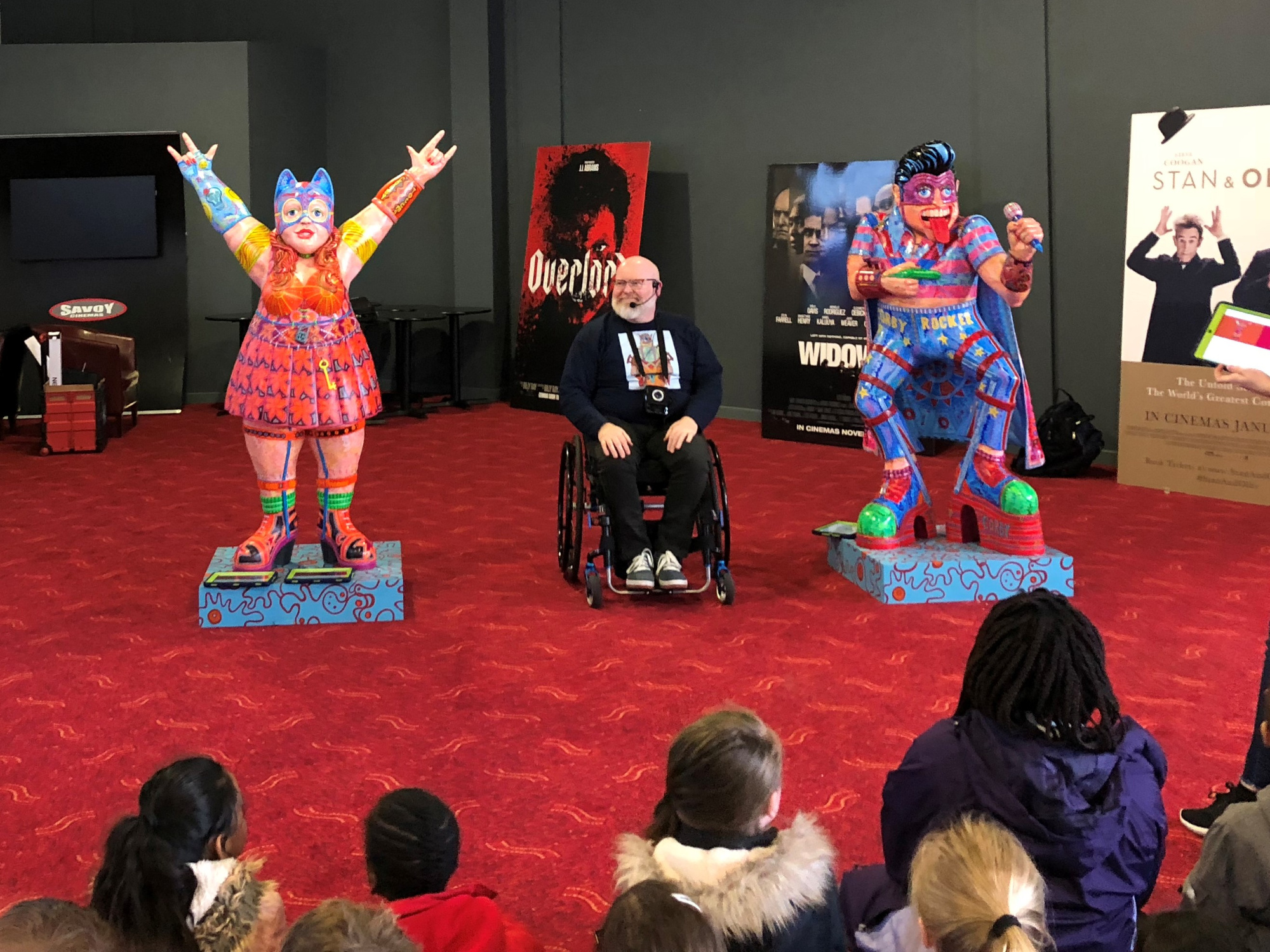