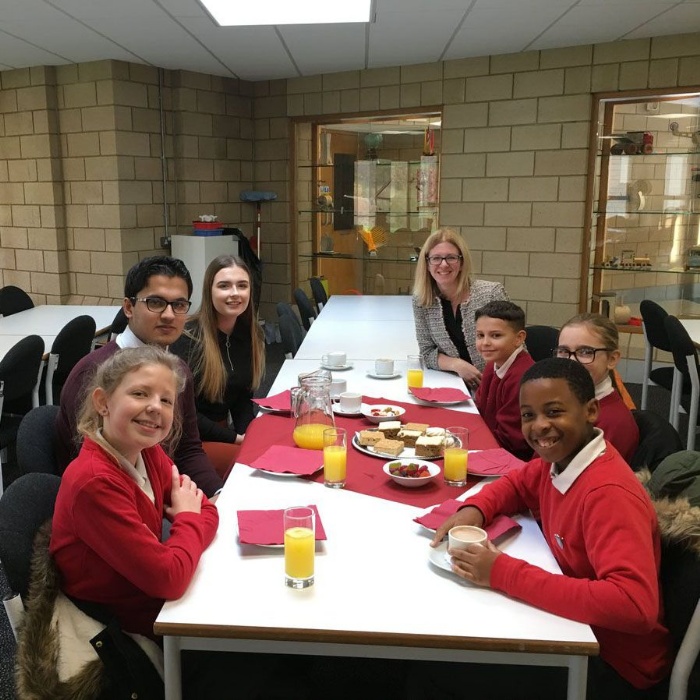 Head Boy Damian said: ‘We didn’t have a tour as we had all visited Brooke Weston Academy during the Open Days when Paras and Milly showed people around. I really enjoyed meeting them.’

Abigail, the Head Girl said: ‘They explained how they got chosen because they had to be interviewed, which showed how much they wanted the jobs.’

Deputy Head Girl, Grace, added: ‘They asked us some questions about how we got the jobs and what we do. They told us that they have to speak a lot, like to visitors and at Prize Giving. The best thing about the day was meeting them and hearing how they became Head Boy and Head Girl.’

Tony, the Deputy Head Boy said: ‘ When we arrived at Brooke Weston Academy we were welcomed by the teachers and Paras and Milly. They took us to the cafeteria and there was a special table there with cake and we could choose hot chocolate and juice as well. The best thing was having the cakes, they were delicious!’