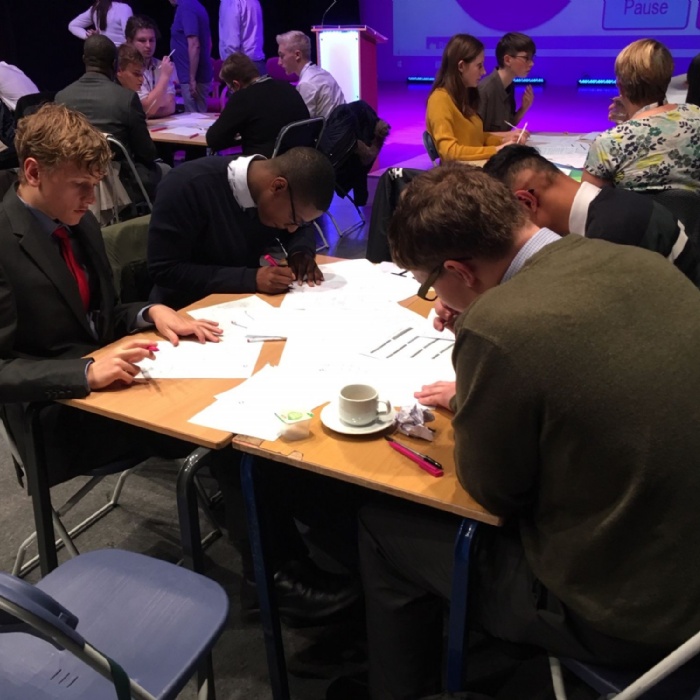 Teams from some of our Trust schools recently put their skills to the test when they took part in the UK MT Senior Maths Challenge at Mereway Upper School.

They were set a series of problems, which they worked together to solve, including cross numbers, which are crosswords with numbers instead of letters, and relays, where students had to answer a question in pairs before the other pair was able to answer their question. The competition tested students’ mathematical skills in areas such as geometry and algebra.

Teams from Brooke Weston Academy and Kettering Science Academy were among those competing.

Ben Johnson, Head of Maths at Brooke Weston Academy, said: ‘This was a really good event and the students were put through their paces in a series of challenges which stretched their thinking and logic skills. They worked collaboratively and did extremely well to be placed fourth in the competition, which was very hotly contested. There were many schools taking part, including from the private sector, plus others from different counties so our team did us proud.’