More than 100 parents and guests attended the first ever showcase of the BRIT Kids Saturday morning classes which showed some of the projects the first cohort of students has been working on since September.

The audience was welcomed by BRIT Kids BWT Director Clive Wears. He said: ‘This has been an incredible term for BRIT Kids. We’ve have fun, we’ve been creative, we have really enjoyed ourselves and we have learned something as well. Your children have been absolutely incredible and very talented.’

Itwas an opportunity for the course teachers to give an overview of what the students had been studying and introduce their work.

Music production students uploaded ‘space journey’ films into GarageBand and added their own sound effects. Those studying film production made short ads and films. Their teacher, BAFTA nominated film maker Paul Balmer told the audience: ‘I am really impressed with their ingenuity and imagination.’

Drama students learned about theatre craft including script writing, developing a character and stage presence and the older group also did a stage fighting workshop and learned how to direct while dance students put together an energetic performance for the show.

Those in the singing group performed a selection of songs in the Central Mall as parents had a closer look at the multi-media work of the students in the art and fashion class.

Afterwards Tobi Deeson, the BRIT Kids National Lead said: ‘I came up from The BRIT School to watch this morning’s sharings with parents- I just want to say what an amazing job the children did and how much they have achieved in just 11 hours of work in each discipline. Theatre was outstanding, dance was cool, singing was uplifting and then the creative arts, artwork was beautiful, music production cosmic and film making funny and brilliant- well done teachers and students at Corby Business Academy- you rocked!’

For more information about BRIT Kids and how to enrol, click  here 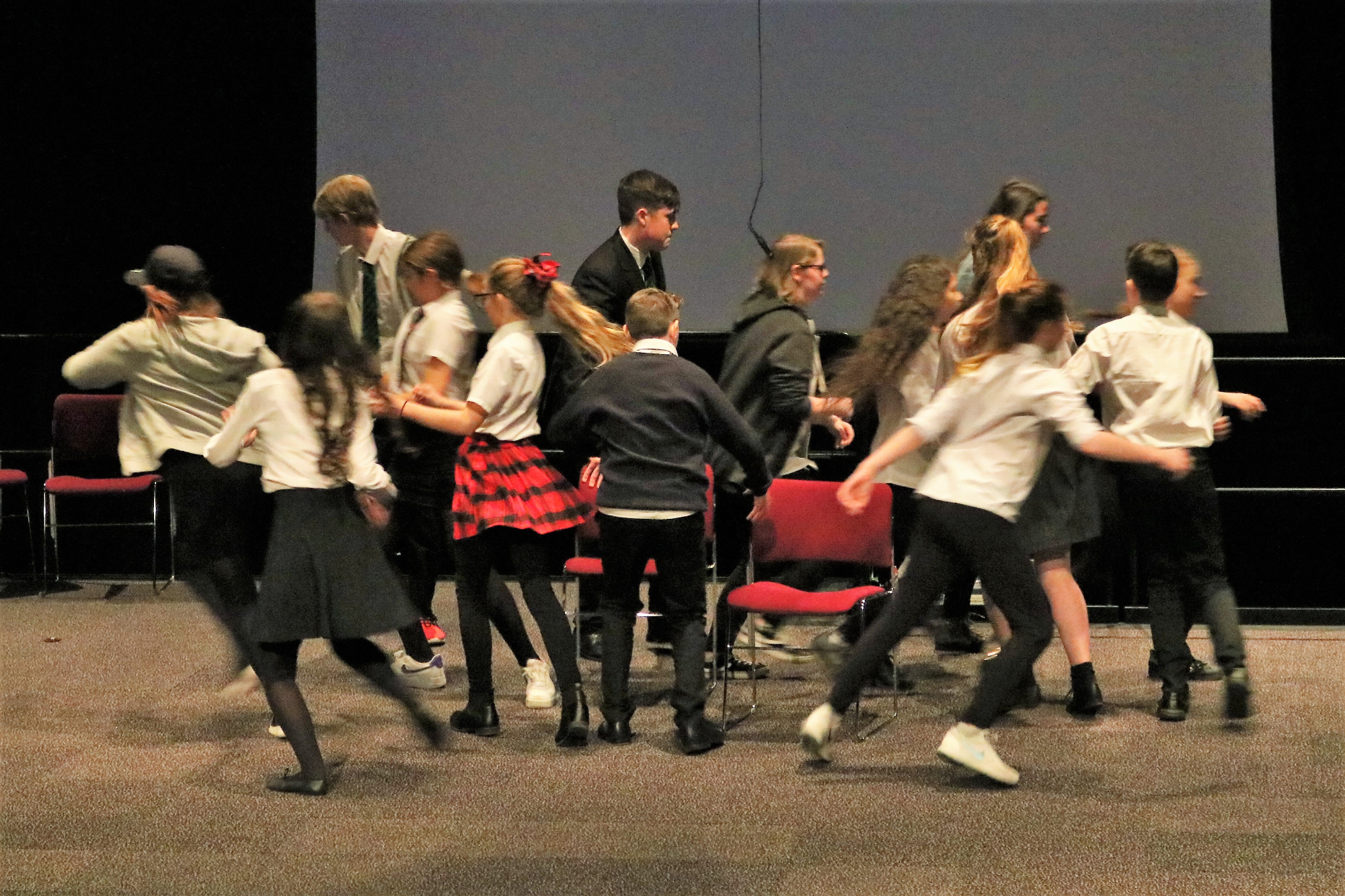