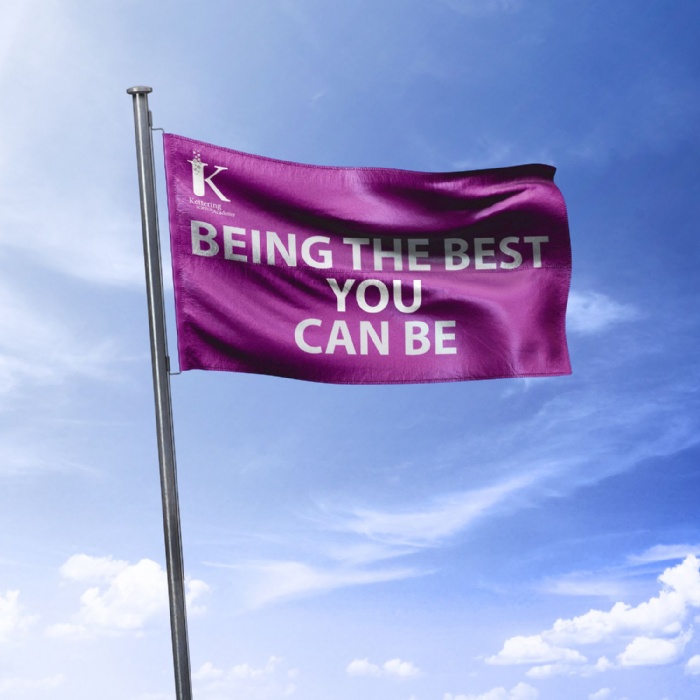 Former student Naim Sheikh returned to Kettering Science Academy to deliver a physics workshop to a group of Sixth Formers and high achieving maths students from the lower years.

Naim, who achieved three A* grades in Further Mathematics, Mathematics and Physics and two A grades in Chemistry and Italian last summer, is now studying a four-year physics course at Durham University. He spoke to the students about ‘moment of inertia’ which he demonstrated by rolling a ball down a plank and got students to make predictions using both A Level and Degree Level equations.

Naim said: ‘I introduced a new idea, ‘moment of inertia’, and then created an experience where the best way to understand it was to predict values and compare them with measurements from an experiment. Moment of inertia is a mathematical description of the distribution of mass in an object. The simplest example would be when we have a ball rolling down a slope, in which we have to consider how the ball itself rolls, on top of its normal linear motion.'

‘I tried to simplify the concepts using diagrams and tools so that it could be understood more easily. The session took about an hour and a half and there were 15 students there. I hope it was useful for some of them, but more importantly I hope they all enjoyed learning something new.’

'I am from Italy and so I was at KSA only during Sixth Form. I managed to make friends pretty quickly. The staff is very friendly, with particular mention to the librarians and Mrs Farrar as she helped me a lot with my university applications. I have really enjoyed the first few months of university. I have made friends and the work is just as difficult as I hoped it would be. Without a little challenge university would definitely not be as interesting!’