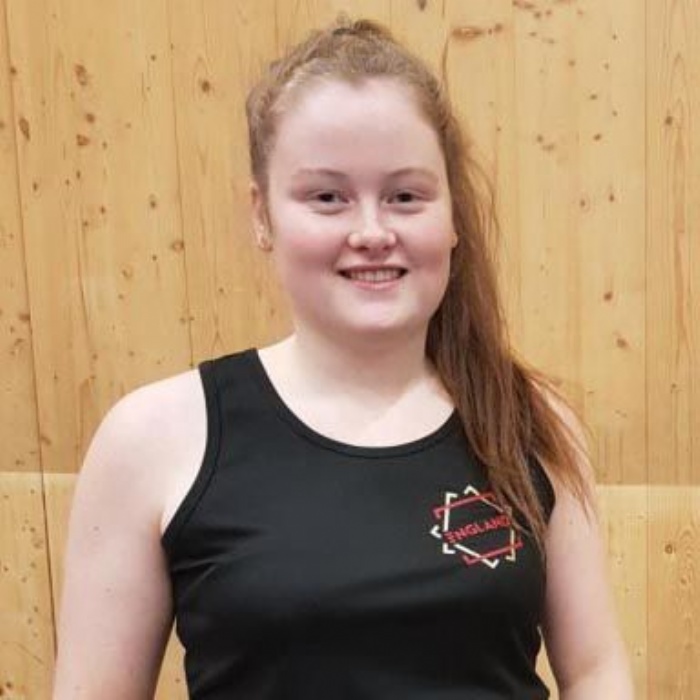 A Year 12 student from Thomas Clarkson Academy will travel to South Africa this summer for the World Indoor Netball Championships after being selected for England’s under-21s Nets squad.

Emma Linnett was one of 14 players from across the country to be chosen for the under-21s squad after training and playing for England Nets last year.

Nets, which was previously known as Indoor Netball, is a version of netball that is fast, very tactical and is played within nets. It can be 5, 6 or 7-a-side.

Emma has been training with England Nets once a month in Birmingham, as well as playing for Rookies Netball Club, the county league and representing the region.

'When I first found out, I was in shock,' Emma said. 'It was a really good feeling – being 16 and getting into the under-21s squad. My family were really pleased when I told them and I’m looking forward to going to South Africa. I’ve never been anywhere like that before.

'I’ve only been playing Nets since I went for the trial last year. As part of the training, they’ve given me suggestions to help me improve, like strengthening exercises to help my core and running exercises to improve my fitness and speed.'

Amy Anderson, second in department for PE at Thomas Clarkson Academy, said: 'I am ever so proud of Emma and her achievement in netball. She plays for her local club Rookies and umpires too. Emma studies BTEC Sport Level 3 at TCA and always puts in 100 per cent commitment to her studies, so to be playing elite level sport alongside this is an incredible feat for Emma – well done! Younger students at TCA look up to Emma and aspire to be like her.'