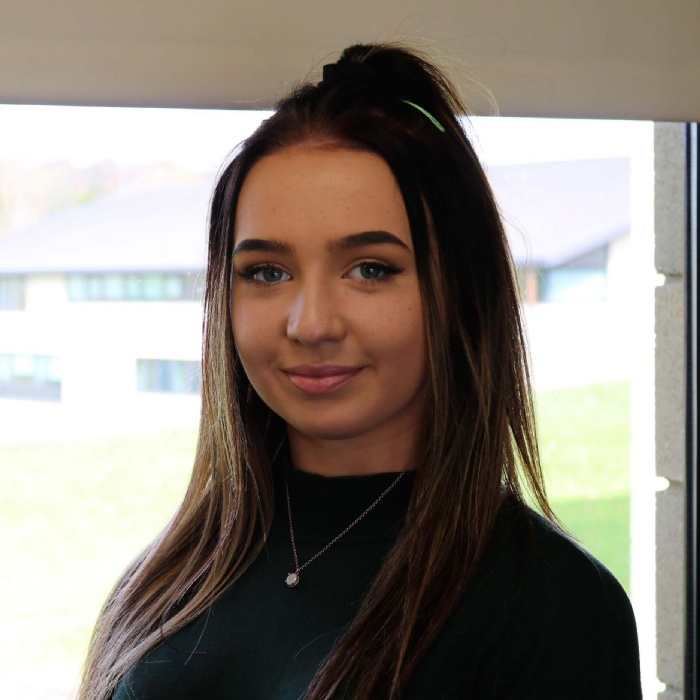 Students were asked to submit an entry on ‘to what extent does society have a responsibility towards those who are vulnerable?’ Hannah chose to write an open letter about children of divorce.

The British Sociological Association said: ‘The judges felt that this entry was highly emotive and personal. The entry demonstrated an engagement with vulnerability that went beyond the textbooks, applying sociological theories to personal experiences. It was a creative piece that showed a real sociological imagination.’

The two runners up were both from students at the Shenzhen College of International Education.

Hannah will have her winning entry published on the BSA’s website and in a book and she has also won an i-Pad mini and £500 for the school.

She is studying sociology, psychology and English language at A Level and said: ‘I chose to write about children of divorce as it made sense to me and I knew quite a lot about it so I thought I’d be able to write a lot. Divorce is so common now.  The letter was about 2,000 words and it took me two or three months to write. Towards the end I asked a few teachers to read it and I asked for their feedback.

‘Sociology is such a broad subject, there is so much that you can include. It is something that I’d like to study at university and I want to do counselling eventually.’

Announcing the winner, The British Sociological Association said: ‘The judges commented that “it was a pleasure to read some great Sociology” and “there have been some outstanding contributions to our understanding of vulnerable groups in this competition, with candidates showing a clear passion for both the subject area and the discipline itself. This is what Sociology is all about!”

Hannah’s teacher, Christine Seward, said: ‘I am thoroughly delighted for Hannah to have won this national competition as it recognises her flair for sociology! She came up with a truly unique interpretation of the essay title ‘to what extent does society have a responsibility towards those who are vulnerable’ and presented a thoughtful, emotive and eye opening account of divorce through the eyes of a child writing their letter to society using a wide range of sociological theory and concepts. Myself and Mr Paul Murray are both very pleased for her!’