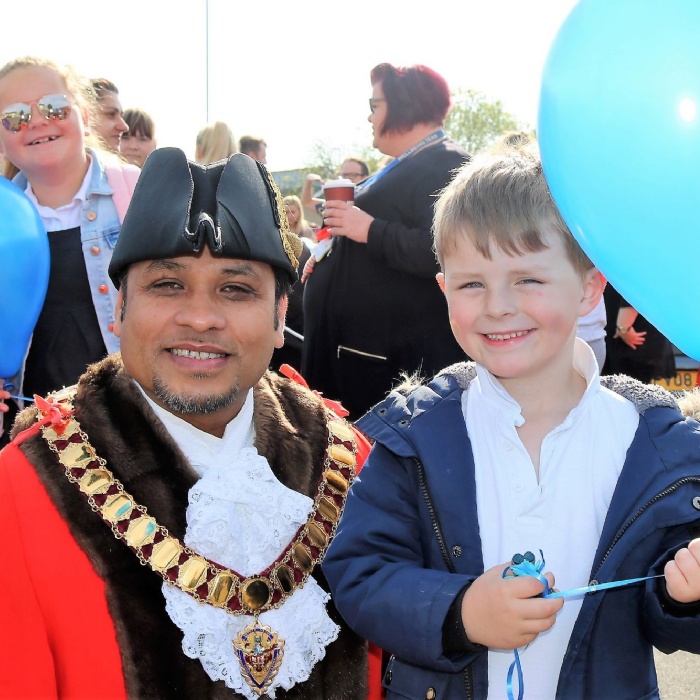 The Mayor of Corby, Cllr Mohammed Rahman came along to Beanfield Primary School to support its Walk to School Week.

He, along with neighbourhood wardens and police officers, was on hand, along with staff, to ensure that around 150 students and parents negotiated Farmstead Road safely. The scheme is part of a national initiative aimed at cutting down traffic around schools and getting children more physically active.

Cllr Rahman was joined by PC 820 Wilson and PC 3686 Ferguson along with Neighbourhood Wardens Brian Houston and Jim McCabe.

Wellbeing Manager Sarah Fleming said: 'It has been a really positive week and we are very grateful for the support of the Mayor, Neighbourhood Wardens and Police Officers as this is such an important scheme that we take part in every year.' 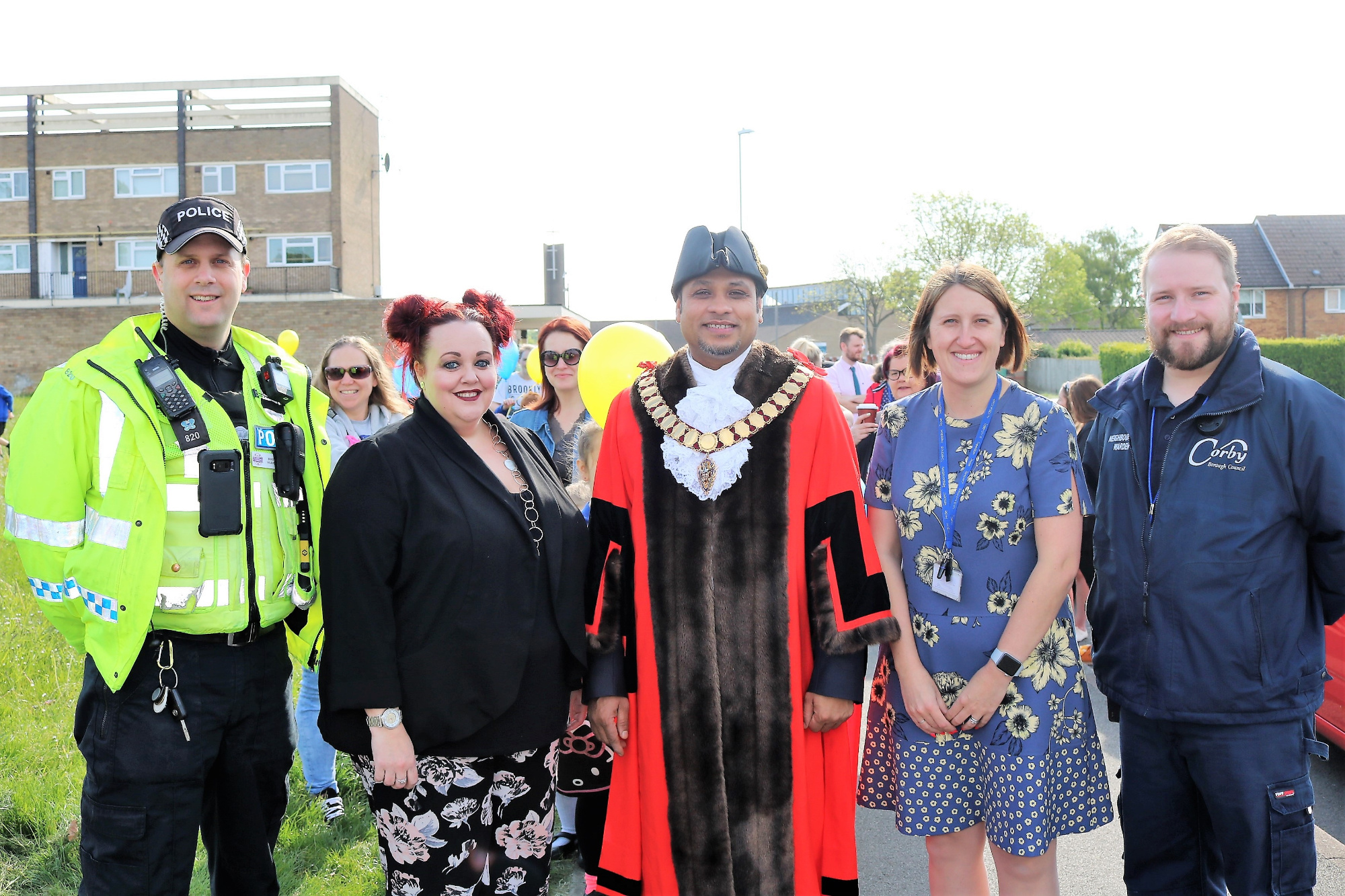