Brooke Weston Academy took a team of 12 Year 7 students to the district cycling event at Kettering Rugby Club. Students competed in sprints and long distance races around a track with many challenges from steep hills to sharp turns on mountain bikes.

All students performed to an incredibly high standard winning the majority of their heats with six students making it all the way to the final races for the boys and girls. Special mentions go to Jolie Bowman who picked up an individual bronze after fantastic performances in her heats and a third place finish in the final, Devon Peterson who won an individual bronze after winning two out of three of his heats and finishing in third in the final, Henry Dent who, after dominating all of his heats, finished in the final to pick up a silver medal and Adrian Leal Fernandez who won an individual gold after not losing a single race all day and blowing away all competition in the final to finish the day as the best cyclist in the district.

A huge congratulations to all students involved and we look forward to the county finals in July! 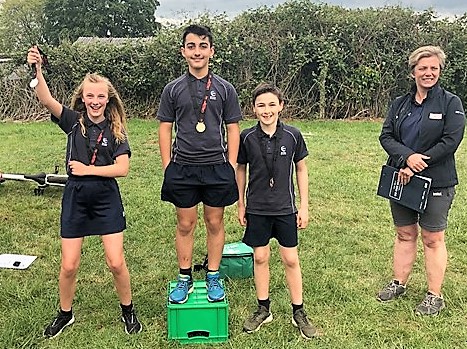