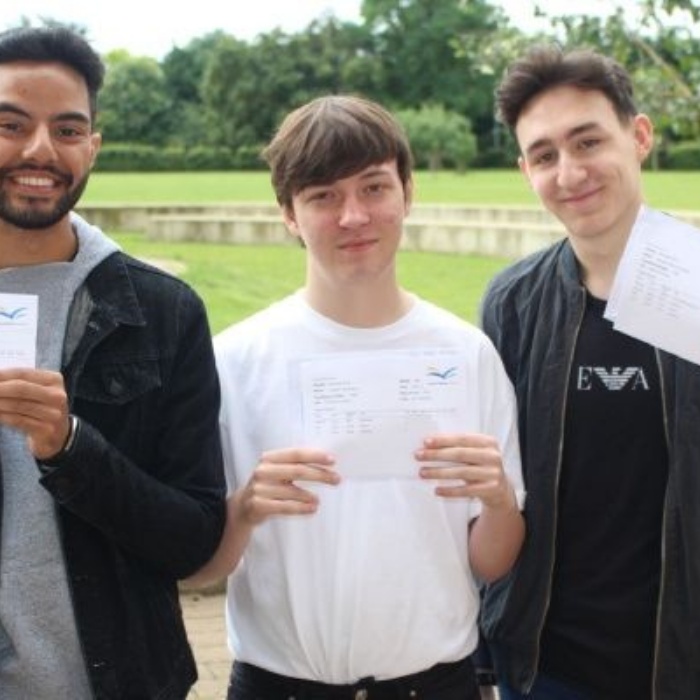 Thomas Clarkson Academy has seen a significant increase in the number of students going on to university, with more students securing places than ever before.

The Academy has also matched its record for the number of students accepting offers at the country’s top universities. For the third year running, students secured places at prestigious Russell Group universities and are going on to study subjects including maths, history and environmental science.

Among the top achievers picking up their results today was Ashleigh Ward, who gained an A* in maths, an A in further maths, an A in biology and an A in chemistry, securing a place at the University of Leeds to study maths. 'I’m happy with my results – it’s all been worth it,' he said.

Joseph Beresford picked up an A* in biology and two A grades in maths and chemistry. He is going on to study environmental science at the University of Leeds, with a view to pursuing a career in academia. He said: 'I’m ecstatic and thrilled. I was quite worried about getting the grades but I underestimated myself. I’m happy with my maths grade as I found that particularly hard. I revised as much as I could and I’ve had good teachers who have been very supportive.'

Aaron Ganger is off to the University of Birmingham to read history after achieving an A in history, an A in English literature and a B in sociology. He said:'I was nervous last night and didn’t get much sleep. I felt overwhelmed when I opened my results – all the hard work has paid off. I want to thank all the teachers who put in extra hours to help me and put in the same amount of effort as I did.'

Patricia Abeltina secured a place at the University of Leeds to do a foundation course in arts and humanities.

Former Head Girl Emilia Reeves is going on to university to study criminology, a course she's had her heart set on for several years. She said: "I'm looking forward to learning more about a subject I've wanted to do for seven years. My dad worked for the prison service so I've always been interested in criminal justice and rehabilitation."

Holly Parker is going on to study psychology at  Nottingham Trent University while ​Viktorija Dmitrijeva is studying contemporary media practice at the University of Westminster.

Ben Kenealy is taking a year out to consider his options after picking up A levels in maths, chemistry and history.

Associate Principal Richard Scott said: 'The increasing number of students who are gaining places at Russell Group universities is testament to the shared ambition which underpins all that we do at Thomas Clarkson Academy.'